The pro-Palestine solidarity event was again canceled as coronavirus cases continue to rise in Iran. 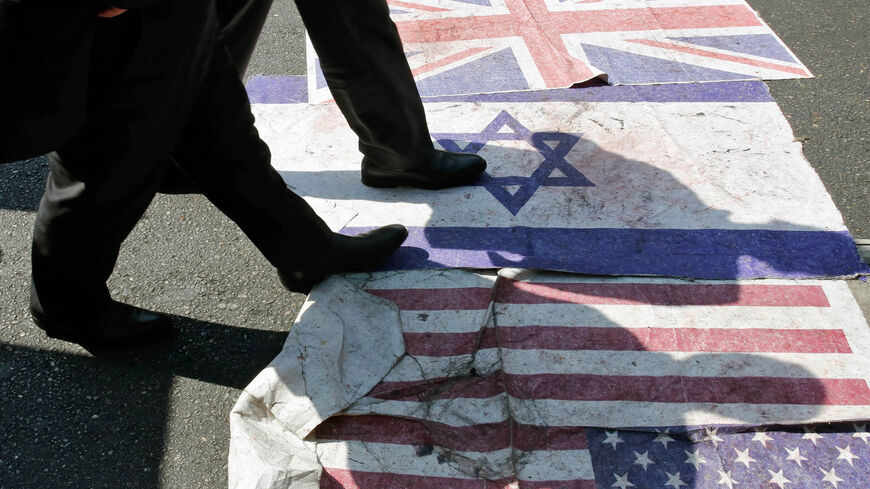 Iranians steps on the US, Israeli and British flag during a parade marking Quds Day, Tehran, Iran, May 31, 2019. - STR/AFP via Getty Images

An official from Iran’s Islamic Propagation Coordination Council said on Tuesday that the annual event is not scheduled to take place due to the COVID-19 situation in the country.

“Although the issue of Palestine and the fight against arrogance is vital, we announce that no decision has been made about holding the rallies so far considering the latest wave of the coronavirus, which is expected to escalate,” said Nosratollah Lotfi, according to the semi-official Tasnim News Agency.

Quds Day is an annual rally started by the Islamic Republic of Iran in 1979. It aims to express solidarity with the Palestinian people and vigorously oppose the State of Israel. The day regularly includes the burning of Israeli as well as American flags. Quds Day is celebrated on the last Friday during the Islamic holy month of Ramadan, and would have been held in May this year.

The Iranian news outlet International Quran News Agency also reported that there will be no rallies in the country this year. Hojat-ol-Islam Mohammad Hassan Akhtari, who heads the Committee of Supporting the Islamic Revolution of Palestinian People, instead encouraged people to mark the day virtually, according to the agency.

Quds Day was also canceled last year due to the coronavirus pandemic. Some people marked the day on social media in Iran, Yemen and elsewhere, according to the Iranian state Press TV.

The cancellation comes amid an outbreak of COVID-19 infections in Iran. The country, which has been hard hit by the pandemic since the beginning, is currently registering historic highs of around 280 cases per 1 million people a day, according to Our World in Data. The Iranian Health Ministry reported 25,492 new cases on Tuesday among the population of around 80 million. However, the ministry also said that more than 480,000 people have received their first doses of the coronavirus vaccine, according to Tasnim.