A total of 17 cases attributed to the UK strain have been detected, mostly across Qazvin province, as other areas are also grappling with a new peak in overall COVID-19 infections and mortalities. 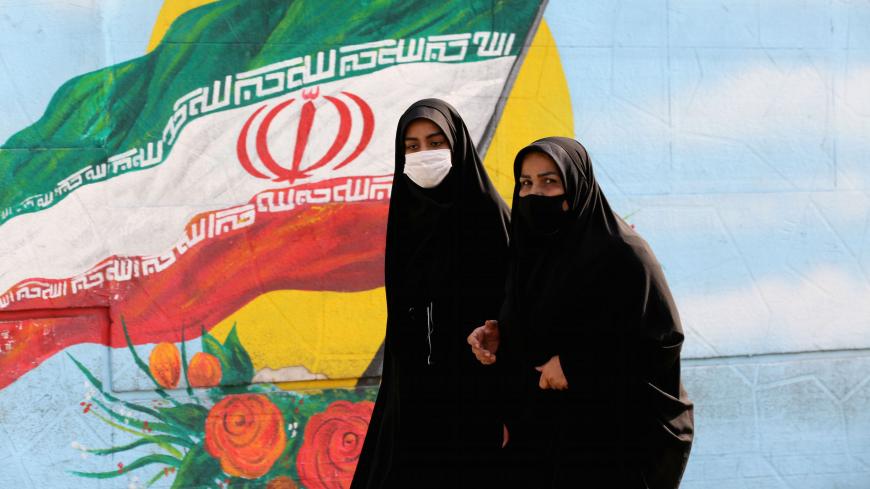 Women walk while wearing face masks amid the COVID-19 pandemic in the Iranian capital Tehran, on Nov. 30, 2020. - ATTA KENARE/AFP via Getty Images

Iran said the number of patients confirmed to have contracted a variant of the coronavirus originating in the UK has risen to 17. According to the Iranian Health Ministry’s Public Relations Director, Kianoush Jahanpour, at least seven of those cases were identified in Qazvin province, 150 kilometers west of the capital Tehran.

Elsewhere, Health Minister Saeed Namaki sounded louder alarm on those new cases, saying he believes that the real number of the cases caused by the new mutation is greater than what has been established. He warned that several other provinces might have already been infected with “this stubborn” and “potent” version of COVID-19.

After the British government publicly identified the new strain back in December, Iran was prompt to place a strict ban on all flights to and from the United Kingdom. Still, the measures did not stop the entry of the variant as Iran officially reported its first case Jan. 5 and has blamed at least three deaths on the UK strain.

On another front, the Islamic Republic is also facing what officials have described as a “fourth wave”, or a new peak of the pandemic nationwide. “We will have to brace for a harsh March if we lower the guard,” warned the health minister, adding that “the gains on the pandemic could be fragile”. Namaki was referring to a “worrisome spike” in infections recorded in the southern provinces of Khuzestan, Bushehr and Fars.

The total mortality figure since the outbreak of the disease in Iran 13 months ago is now inching closer to the 60,000 mark, making it the worst-hit nation in the Middle East. While Iran has in recent weeks managed to relatively contain the spread of the disease and the mortality rates, the fresh wave, according to the country’s senior epidemiologists could be 15 times as lethal.

Still, Iran is hoping that its vaccination rollout which started Feb. 9 could strengthen the efficacy of its wider pandemic control project. Apart from importing the Russian type, known as Sputnik-V, Tehran is currently developing its own versions.

In his latest comment on the Iranian vaccines, the health minister promised that one of those types “will be among the world’s top vaccines within three months.” The vaccine, which has not been named yet, is going through the third trial stage at the Tehran-based prestigious Pasteur Institute. The Iranian type, the minister hopes, could be out for distribution in the month of May.