Iran has started vaccinating medical workers with the Russian Sputnik V vaccine, but officials say general coverage could take over a year. 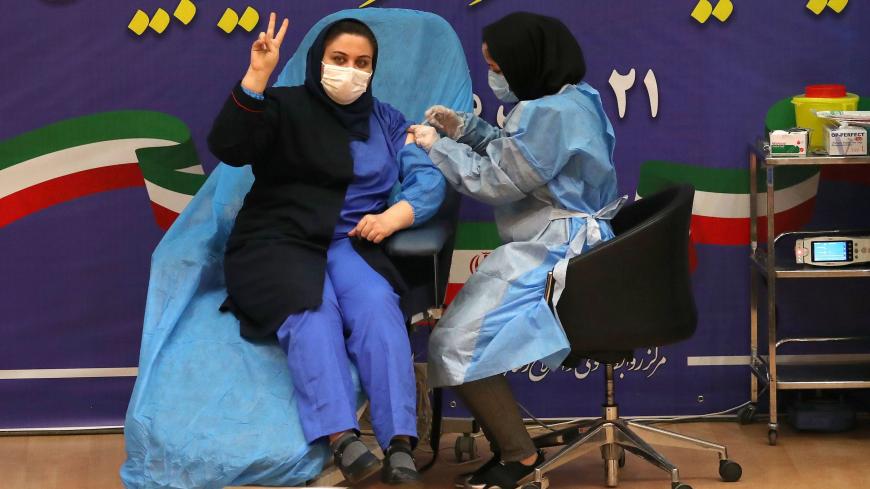 The first stage, according to health officials, will focus on medical staff at intensive care units, where they have been battling the pandemic for more than a year. A second phase, for which a timeline has yet to be specified, is expected to cover all Iranians above the age of 65 as well as those suffering from chronic diseases such as diabetes and high blood pressure.

President Hassan Rouhani had previously described the day as an “auspicious” one for the Iranian nation, promising that nationwide action will be “swift.” He expressed hope that Iran will be better off in its fight against the virus in the coming months.

According to Mostafa Ghanei, a senior member of Iran’s anti-coronavirus task force, the country’s large-scale vaccination project will be conducted with 16 million doses to be purchased from the international COVAX initiative, 25 million through other imports and 25 million doses of multiple vaccines that are being developed domestically. Doses are not slated to start reaching the general public until March 2022.

While Iran says two million doses of the Russian vaccine have been purchased, the first batch that landed at a Tehran airport Feb. 4 contained only 10,000. The Islamic Republic has also promised to import more vaccines from China and Europe. But the country’s Supreme Leader Ayatollah Ali Khamenei has specifically banned American and British vaccines, citing mistrust of the two countries.

Last week, however, the British Embassy in Tehran declared via Twitter that Iran has already bought 4.2 million doses of the AstraZeneca vaccine from COVAX — one jointly produced by Oxford University and the multinational pharmaceutical Cambridge-based company.

The announcement prompted a statement from Iran’s ambassador to London, Hamid Baeidinejad. “There is no plan to purchase vaccines from the UK,” he tweeted, but he did confirm Iran’s purchase from COVAX.

Since the onset of the pandemic, Iran has remained the worst-hit country in the Middle East, with some 1.5 million confirmed cases and over 58,000 deaths. Iranian health officials say a series of strict measures in the past three months have slowed the mortality rate, bringing the daily figures as low as 70.

Nevertheless, the country’s top epidemiologists have warned about a “fourth peak” on the way to several Iranian provinces including southwestern Khuzestan, where hospital admissions have doubled in the past two weeks.