Intel: Palestinian Authority to suspend cooperation with CIA over US support for Israeli annexation

The secretary-general of the Palestinian Liberation Organization, Saeb Erekat, says his government has suspended its contacts with the CIA over the Trump administration’s support for Israel’s plan to annex parts of the West Bank. 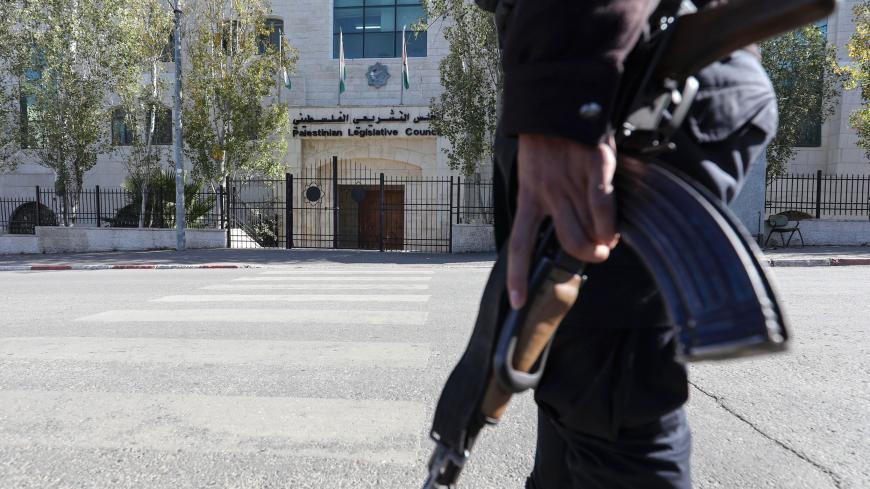 Palestinian police stand guard near the main door of the defunct Palestinian parliament in the West Bank city of Ramallah on Dec. 17, 2019. - ABBAS MOMANI/AFP via Getty Images

Saeb Erekat, the secretary-general of the Palestinian Liberation Organization, told reporters today that his government has suspended its contacts with the US Central Intelligence Agency over the Trump administration’s support for Israel’s plan to annex parts of the West Bank.

Palestinian Authority President Mahmoud Abbas said in Ramallah on Tuesday that Washington’s support for Israel’s annexation plan frees his government from its obligations under all treaties and agreements with the United States and Israel, including those involving the Oslo peace process.

Reuters reported that Erekat told reporters during a video call that intelligence cooperation with the United States had ceased “as of the end of the president’s speech.”

Why it matters: Abbas has threatened before to cut security ties with Israel and the United States but has never fully followed through. The CIA has acted for decades as Washington’s troubleshooting tool whenever tensions rose between the PLO and the Israeli government.

The agency also remains the PA’s only communications channel with Washington since diplomatic ties with the United States broke down over the Trump administration’s decision to move the US Embassy from Tel Aviv to Jerusalem, which the Palestinians claim as the capital of a future state.

Cutting off the last line of communication would be “bad for both sides,” said Dennis Ross, a former US Middle East envoy under President Bill Clinton. Ross is now at the Washington Institute. “All it does is increase the potential for misunderstandings. And I think misunderstandings already exist,” Ross told Al-Monitor.

What’s next: The Israel Defense Forces and Israel’s political opposition are less enthusiastic about the annexation plan. Any threat to security cooperation may make the plan even less palatable to Defense Minister Benny Gantz’s Blue and White bloc. Abbas may be trying to leverage that, but doing so publicly may only serve to strengthen Prime Minister Benjamin Netanyahu’s resolve, Ross said.

In the long term, the PA is reliant on security cooperation with Israel to ward off Hamas and the Islamic Jihad, which will likely try to make inroads in the West Bank if cooperation actually does end.