Saudi Arabia has cut capital expenditure for a number of Vision 2030 projects amid a drop in oil prices and Chinese investment. Will other Gulf states follow suit? 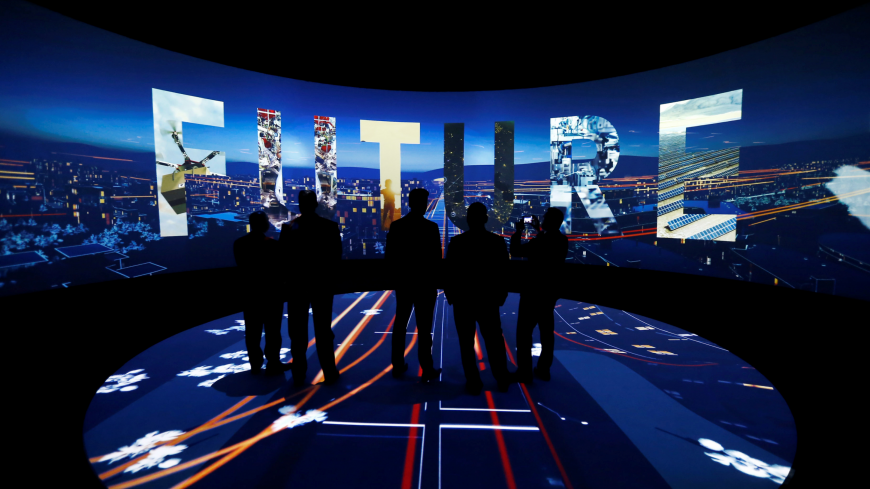 Weakened by the recent steep oil price decline, Saudi Arabia declared it must “extremely reduce” budget expenditures and thus slashed operational and capital spending by $26.6 billion, according to a May 11 statement by Finance Minister Mohammed al-Jadaan.

Crown Prince Mohammed bin Salman’s programs and reforms to pivot the economy away from hydrocarbon revenues will suffer significant cuts. NEOM, a proposed $500 billion futuristic city on the Red Sea coast, might see project implementation “stretched out over a longer period,” said Ali Shihabi, a member of the NEOM advisory board.

Global Data says the diversification drive led by the kingdom will be “severely disrupted” in the short to medium term. Across the region, several economic diversification megaprojects will also take a hit. “At the very least, many are likely to scaled back,” said Jason Tuvey, a senior emerging markets economist at Capital Economics.

As of early 2020, Gulf’s real estate megaprojects represented close to $1 trillion of investment, including Vision 2030 in Saudi Arabia, Silk City (a new metropolis in Kuwait), Lusail City and stadiums for the 2022 World Cup soccer tournament in Qatar, Duqm Port in Oman and so forth.

Experts and economists have long questioned the viability of numerous megaprojects, seen as overambitious. “The chances of NEOM actually materializing are slim. ... This sounds like a costly venture that would eat up a significant chunk of the country’s oil export revenues, in exchange for unclear returns,” reported Jacobin, a New-York based socialist magazine.

“King Abdullah Economic City is a classic example of how the authorities are not the best at undertaking these types of projects,” Tuvey told Al-Monitor, referring to a megacity on the west coast of the kingdom announced in 2005 by the then Saudi king. The analyst said the Saudi government "risks repeating past mistakes" with its futuristic project.

At the forefront of Kuwait Vision 2035, Madinat Al Hareer — also known as Silk City — aimed to attract massive local and foreign investment to turn the sparsely populated narrow northern end of the Gulf into a trade hub and foster the emirate’s economic diversification.

But Geoffrey Martin, an economic analyst on Kuwait and doctoral degree candidate at the University of Toronto, told Al-Monitor that in the short term, the project “will likely suffer badly for reasons that preceded the pandemic and have little to do with the current crisis.”

Kuwaiti lawmakers raised concern over the prospect of liberal regulations and economic autonomy for the area. Moreover, conservative parliamentarians at the Kuwait National Assembly opposed Chinese investments into Silk City as part of an effort to denounce the arbitrary detention by Chinese authorities of about 1 million Muslims in Xinjiang, a province in northwest China.

“At present, there is nothing to invest in for several years,” Martin told Al-Monitor.

In neighboring Qatar, spending on the construction of stadiums, "other ongoing projects" and World Cup 2022 infrastructure continues as the emirate gears up to host the globe's biggest soccer event in less than 1,000 days. “But they’re reducing capital expenditure elsewhere,” the International Monetary Fund mission chief in Qatar told Bloomberg.

“A time for reflection”

Some senior officials across the region now say the $1.6 trillion Gulf economy might never rebound to pre-crisis levels, and many decision-makers are taking a step back to optimize existing policies.

“This pause will also be a time for reflection on various aspects of the project and its timing,” Shihabi told Al-Monitor. Scott Livermore, the chief economist at Oxford Economics Middle East, told Al-Monitor he believes Vision 2030 was “already being reassessed” prior to the 2020 crisis.

And what Gulf economies need more than new public infrastructure are systemic reforms to tackle low innovativeness, weak business environments, local monopolies and segmented labor markets where citizens and foreigners do not enjoy the same rights and privileges.

“An increasingly important goal will be helping the private sector to grow more organically,” Livermore said; Gulf governments have long been the driving force of non-oil economic growth via generous subsidies, public investments and an invasive top-down approach.

“A major big bang approach would be desirable,” a former chief strategist for the Oman Investment Fund, Fabio Scacciavillani, told Al-Monitor in May. Yet not all Gulf nationals or entities support such reforms; the Oman Chamber of Commerce and Industry recently warned against a policy that would allow foreigners to change jobs freely, thus liberalizing the labor market.

In April, a man who opposed the forced displacement of the Huwaiti tribe to build NEOM was killed in shootout with Saudi security forces, raising concerns over human rights violations.

In recent years, ambitious Gulf plans to diversify hydrocarbon-dependent economies have aligned with Chinese President Xi Jinping's “project of the century”: a network of land and maritime infrastructures to connect more than 60 countries in Asia, Africa and Europe.

As the COVID-19 pandemic has triggered a global recession, China is “likely to face debt crises in several countries where it has invested, which would weigh heavily on its ability to maintain the same pace of investment around the world,” said Camille Lons, a researcher specialist on China's influence in the region for the International Institute for Strategic Studies.

Yet, unlike most countries involved in the Belt and Road Initiative, Gulf nations remain attractive for China given their ability to “keep jointly investing” in megaprojects, Lons noted. The researcher said the willingness of Gulf states to maintain a steady stream of investments in those megaprojects would be one of China’s conditions to remain committed.

NEOM is a “bold and audacious dream,” its official website assures. Following the double shock of falling oil prices and the COVID-19 pandemic, Gulf states have reached a crossroad where they have a choice to maintain a paternalistic model of governance at all costs or to instead be ambitious and push forward updated diversification policies and lead painful but necessary systemic reforms.

China in the Mideast
Coronavirus
Economy and trade