Local communities in Saudi Arabia often have no say in the strategic infrastructure projects and long-term economic reforms that directly impact them. 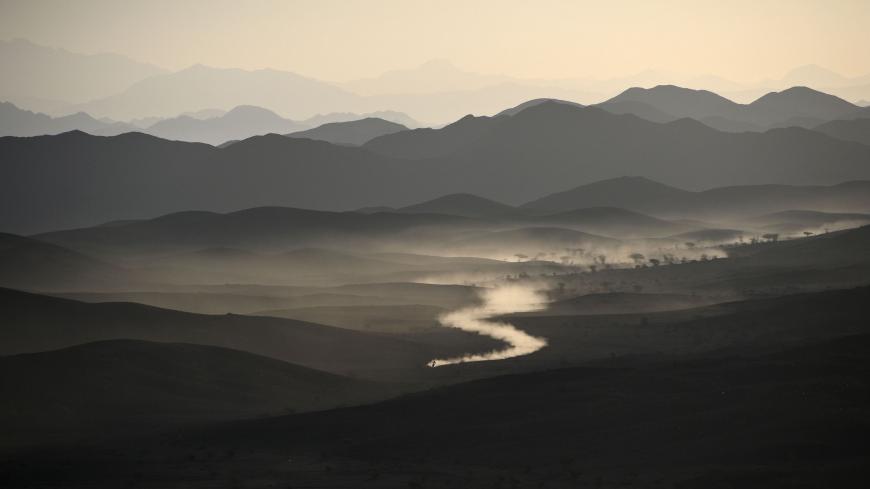 A file picture taken on Jan. 6, 2020, during the Dakar 2020 Rally shows a general view of Saudi Arabia's northwestern region, where a rare revolt by a Saudi tribe has spelled trouble for a planned Red Sea megacity. - FRANCK FIFE/AFP via Getty Images

Abdul Rahim al-Huwaiti was killed in a shootout with Saudi security forces in April after refusing to vacate his home. He had been active in opposing evictions for a futuristic megacity called NEOM that is planned to be built on the Red Sea coast, the land of al-Huwaiti’s community. He posted videos on social media about his efforts to block officials from coming into his home to evict him and ended up documenting his own shooting.

“You have no one there,” Saudi Arabia's Crown Prince Mohammed bin Salman said in a 2017 interview about his vision, though 20,000 people are expected to be forcibly relocated to make room for what's being promoted as a global hub for trade and innovation that will attract residents from all over the world.

The Saudi government's National Program for Community Development in the Regions did not respond to a request for comment. In May, the Saudi Press Agency reported that the program had begun “disbursing financial compensation” to property owners impacted by NEOM.

Mahmood Al-Wahaibi is an urban planning expert affiliated with the University of Illinois at Urbana-Champaign and a visiting expert at the Oman National Spatial Strategy, a government project to promote long-term development at the national and regional levels. He told Al-Monitor, “MBS did not let the idea of changing Saudi Arabia be discussed among the people,” using the crown prince's common acronym.

In the Arab Gulf States, top-down approaches have traditionally excluded local communities from the development of infrastructure projects. “As far as I am aware, there are no legal requirements to involve communities,” said a senior urban planner based in the UAE who spoke to Al-Monitor on condition of anonymity.

The Gulf’s northernmost emirate of Kuwait is kind of an exception since its parliament plays an active role in the country’s public life. Last year, conservative parliamentarians opposed Silk City, an economic megaproject at the forefront of Kuwait’s strategic vision.

Going forward, however, generous social welfare systems that tie citizens to the ruling families are expected to shrink in an era of low oil prices. Therefore, changing economic realities might force hydrocarbon-dependent Gulf states to be more inclusive.

In July, Saudi Arabia tripled its value-added tax as part of an austerity push.

Al-Wahaibi believes evolving state-society relations could lead to “a new social contract” that allows local communities to voice their concerns more often. “The participatory approach is much needed,” he said.

As higher education enrollment increased sharply in a generation, youth in the Gulf are becoming more aware of their rights and seeking to be heard. Half of Qataris surveyed by Northwestern University in Qatar said people should be free to criticize governments online.

“I do think there is a willingness to let people participate,” AbdulRahman Al Mana, a young Qatari who recently finished a degree in urban and regional studies at Cornell University, told Al-Monitor. According to him, a certain freedom of expression has been “granted and even expressed on social media and traditional media” in terms of municipal affairs.

The UAE-based urban planner who spoke on condition of anonymity confirmed that requests for community involvement are on the rise and believes digital tools supporting citizen participation could help government officials to reach populations impacted by megaprojects.

Local opposition should “only be resolved from within the local community by acceptance and consensus, not by enforcement of policies,” Hadi Fathallah, director of the Dubai-based public policy advisory firm NAMEA Group, told Al-Monitor.

Yet, given the strict defamation laws enforced by Gulf Cooperation Council countries, public criticism and local opposition remain sensitive, “particularly when public officials behind these megaprojects are publicly named,” Gertjan Hoetjes, a lecturer at the University of Groningen and specialist in state-society relations, told Al-Monitor.

In a 2016 report, Amnesty International called on GCC states to "stop branding peaceful critics as criminals" and noted a “systematic clampdown” on freedom of expression.

Migrant workers, who account for about 70% of the GCC workforce, are intimidated out of joining the conversation.

In Bahrain, Al Khalifa said multi-billion-dollar infrastructure projects such as one to connect the Kingdom to Saudi Arabia by rail cannot go forward “unless the government pays every single penny” of compensation to people impacted by the construction.

But beyond the prospect of changing social dynamics, megaprojects funded by the public sector are also suffering from the economic slowdown that hit the region since the 2014 oil bust. In the Gulf, oil resources typically account for about 80% of government revenues.

Some experts who question the viability of numerous megaprojects believe the COVID-19-induced recession should be a time to optimize existing policies and prefer revitalizing existing urban areas over flashy projects, often planned as an alternative to existing cities. “You could focus all those efforts on developing existing towns better,” Al Mana suggested.

In Saudi Arabia, however, officials interviewed by the Financial Times said the crown prince insisted Vision 2030’s flagship projects should move ahead as planned. Commentators focusing on the population suggest looking beyond such trophy infrastructure megaprojects and grant local communities the right to have a say in their future.