Saudi Arabia plans to plant 10 billion trees in the desert 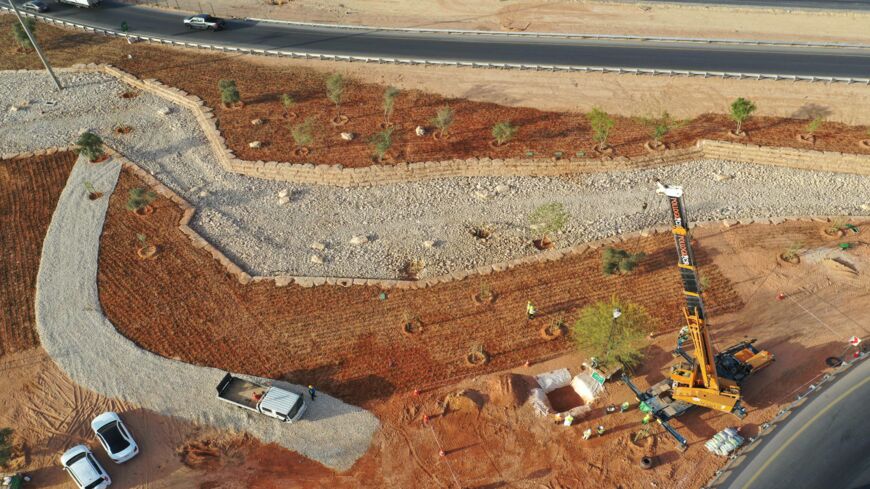 An aerial picture shows workers using a crane to plant trees in a park project by the roadside in the Saudi capital, Riyadh, on March 29, 2021. Although the OPEC kingpin seems an unlikely champion of clean energy, the Saudi Green Initiative aims to reduce emissions by generating half of its energy from renewables by 2030. - AFP via Getty Images

Environment and nature
Water Issues
May 19, 2021

The proportion of Saudi Arabia’s land area covered by forest has remained unchanged since 1990 at about 0.5%. Crown Prince Mohammed bin Salman, who aims to transform the petrostate’s economy and society, announced in late March a plan to plant 10 billion trees over the coming decades to increase by twelvefold the area covered by existing trees.

“The kingdom is determined to make a lasting global impact,” he declared.

However, large-scale projects modifying the natural environment should be done carefully, as human actions can ripple through the entire fragile desert ecosystem of Saudi Arabia. For example, change in local precipitations and soils can affect indigenous species of plants and animals.

China’s greening of a third of its Kubuqi Desert, which Saudi Arabia has studied, provides a model for restoring recently degraded land. Prince Mohammed’s plan appears to aim at restoring degraded lands but also to plant in areas previously not covered by trees.

“I don't buy into this; the climate in Saudi Arabia is not going to change by planting trees,” said Nadim Farajalla‬, program director of the Climate Change and Environment Program at the Issam Fares Institute at the American University of Beirut. He told Al-Monitor trees are likely to be planted in urban and semi-urban areas to cool down the temperature.

Temperatures in Saudi Arabia are projected to rise faster than the global average in the coming decades. Also, research found that the Arabian Peninsula is likely to become uninhabitable by the end of the 21st century under a high-impact emissions scenario.

The announcement by the country’s de facto ruler provided little details on the massive planting project, and the Saudi Ministry of Environment, Water and Agriculture did not respond to a request for comment from Al-Monitor.

Planting 10 billion trees in a country that records the third-lowest precipitation worldwide raises concerns over the project’s feasibility, especially given the country’s track record on water management. Since the 1970s, the kingdom has depleted at a very fast rate its nonrenewable water trapped underground eons ago to develop a water-hungry agriculture sector.

The Minister of Environment said no groundwater or water produced in fossil fuel-powered desalination plants would be used to irrigate the trees. The project will rely on treated water and renewable water sources such as rainwater, seawater and cloud seeding.

The experience of Tatiana Antonelli Abella in the United Arab Emirates paves the way to tree planting projects in an arid climate. Observing that there is “no visual or cultural attachment” in the region to ice melting and the fate of polar bears, she launched the social enterprise Goumbook in 2009 to connect the “going green” discourse to local realities.

Then she started a campaign to plant Ghaf trees. Abella described the drought-tolerant tree — the UAE’s national tree since 2008 — as a “machine of survival” that taps water stored deep in the sand and requires only two years of irrigation when artificially planted.

Saudi Arabia would benefit from carefully researching what trees to plant, Abella told Al-Monitor. For example, the country could restore existing mangroves and plant mangrove trees that have huge advantages in terms of coastal protection and absorbing carbon dioxide. The Saudi minister of environment has stressed that local tree species will be favored.

“In terms of tree planting, the most important thing is always to look into what we have already existing rather than out of the blue creating new things," Abella said.

At the back of the tree-planting program is Saudi Arabia’s renewed interest in the energy transition era in lowering its carbon footprint and positioning the country at the forefront of a global fight against global warming. The crown prince has said the Saudi Green Initiative’s projects would “reduce carbon emissions by more than (4%) of global contributions."

The World Economic Forum launched in 2020 an initiative to grow, restore and conserve 1 trillion trees worldwide and said nature-based solutions can “provide up to one-third of the emissions reductions required by 2030 to meet the Paris Agreement targets.”

However, Farajalla said tree-planting is not a silver bullet and offsetting carbon emissions with trees is like “penny wise and pound foolish” given Saudi Arabia’s lack of commitment to reducing its volume of carbon emissions, which more than doubled between 2000 and 2015.

Like other Gulf oil producers, Saudi Arabia bets on producing the last drops of oil the world would consume. Environmentalists call on the region to accelerate its shift toward renewables to set an example of an economic transition away from hydrocarbon revenues.

'Our nation trusts the government'

Also, critics argue the crown prince's megaprojects are often out of touch with the realities. “When I left, I felt almost as though I was emerging from some sort of cult,” a former NEOM employee, Prince Mohammed’s flagship project, told The Wall Street Journal.

“The number of 10 billion trees is mind-boggling,” said Farajalla.

He questions whether nurseries in the region can produce enough trees to complete the project. “If it takes 20 years to plant 10 billion trees, that means they have to plant around 1.5 million trees a day.” For comparison, the Let's Make It Green campaign launched by Saudi Arabia in October 2020 planted 10 million trees over six months.

“Our nation trusts the government, so anything that the government does toward a green movement is definitely going to help people take the issue more seriously,” said Sarah AlTuwaijri, a Saudi citizen who is about to launch a vegan restaurant in Riyadh.

She told Al-Monitor that although more progress is needed, environmental awareness is on the rise as access to information is “not limited anymore” thanks to the internet and social networks.

Involving Saudis like AlTuwaijri in planting trees would help the society to reconnect to nature, a link that has gradually faded away as Saudis moved en masse from rural to urban areas. The percentage of the population living in an urban area has almost tripled since 1960.

If properly implemented, the plan is also an opportunity to provide long-term benefits such as jobs in the medicinal plant and ecotourism industries to rural communities, which still account for about 16% of the population. This would align with the prime objective of the crown prince's reform plan Vision 2030 to develop a thriving non-oil economy. 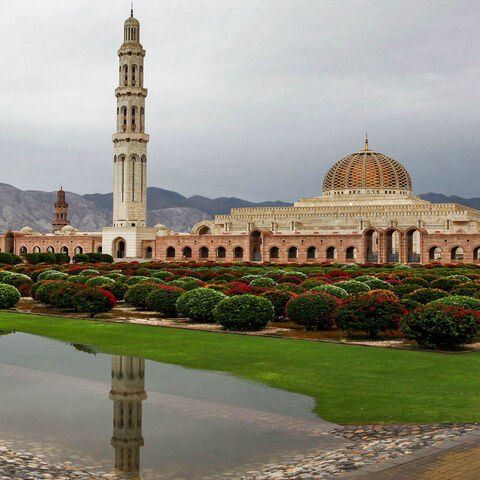 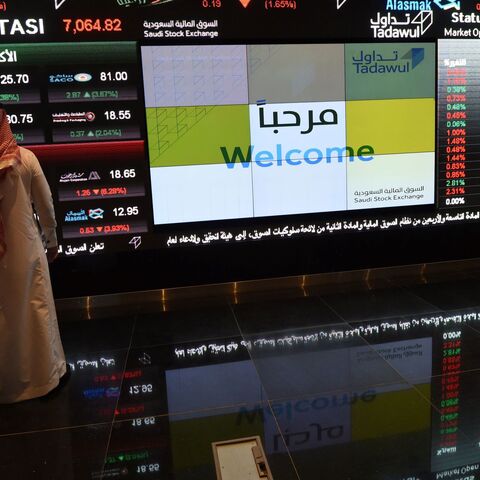 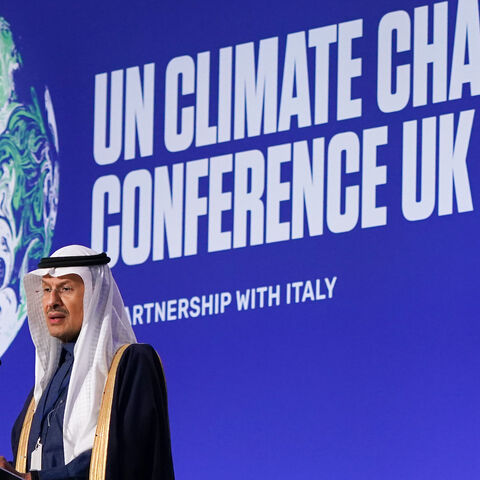