Although foreign investors mostly took a pass on Vision 2030, Saudi companies and the Public Investment Fund will pour money into a $3.2 trillion reform plan. 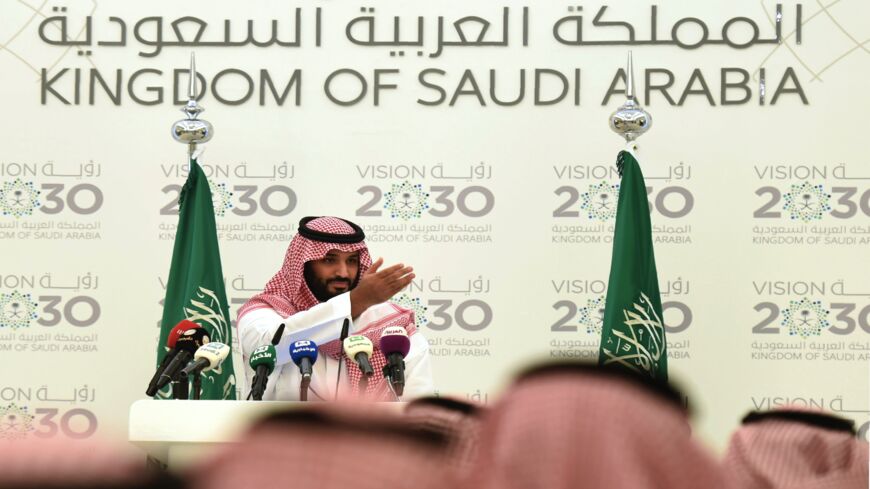 Saudi Defense Minister and Deputy Crown Prince Mohammed bin Salman gives a press conference in Riyadh, on April 25, 2016. The key figure behind the unveiling of a vast plan to restructure the kingdom's oil-dependent economy, the son of King Salman has risen to among Saudi Arabia's most influential figures since being named second-in-line to the throne in 2015. Salman announced his economic reform plan known as "Vision 2030." - FAYEZ NURELDINE/AFP via Getty Images

Saudi Crown Prince Mohammed bin Salman announced mobilizing private sector firms to pump investments worth $1.3 trillion into the Saudi economy over the next decade to jump-start a “prosperous private sector” and pivot the economy away from oil. This is part of a $3.2 trillion state-led investment drive that also involves the Public Investment Fund (PIF).

Twenty-four local private sector companies including oil giant Saudi Aramco and petrochemical firm SABIC will drive the new Shareek (Partner) program. The largest listed companies have been asked to lower their dividends to redirect the money back into the local economy.

Participation in the program is voluntary, said Saudi Aramco Chief Executive Officer Amin Nasser. The country’s track records raise suspicions that the oil company is being forcibly pushed into state projects unrelated to its energy business. Ahead of the company’s stock market listing in 2019, Saudi Arabia reportedly "bullied" dozens of the kingdom’s wealthiest families to become cornerstone investors out of "patriotic duty," the Financial Times reported.

The $3.2 trillion push is Riyadh’s latest attempt to put Saudi capital at work locally. The $400 billion PIF, which raised bank debt since 2018 to boost its firepower in recent years, pledged to inject $40 billion into the local economy each year through 2025.

Yet billion-dollar investments in Vision 2030 flagship megaprojects, including futuristic city NEOM, The Line linear city and entertainment project Qiddiya, raise questions over the risk of allocating resources on mega projects.

King Abdullah Economic City’s failed experiment offers an example of megaprojects that sunk into oblivion even before taking off.

Saudi officials respond that lessons had been learned from past experiences, and Scott Livermore, chief economist at Oxford Economics Middle East, said turning inward can also “derisk achieving some of the goals of Vision 2030 by not being dependent on foreign direct investments.”

The narrative of Saudi investments leading the way may be intended to compensate, or overshadow, for the kingdom's inability to meet foreign direct investment targets, once deemed vital to the crown prince’s reform plan.

Since the 2016 National Transformation Program, the country has “not only fallen short of goals but regressed relative to the starting point,” Bloomberg reported.

Part of the $3.2 trillion investment drive includes a roughly tenfold increase in foreign direct investments compared to current levels — a figure described as unrealistic by analysts.

Greater attention to Saudi Arabia's human rights record may pose a perceived reputational risk for some US and Western firms looking to invest. In 2018, dozens of international investors and officials boycotted the kingdom’s flagship investment conference held just a few weeks after the murder of Washington Post columnist Jamal Khashoggi by a team of Saudi operatives.

A year later, although investors returned, Saudi Arabia missed its $10 billion foreign direct investment target by more than half.

Despite US President Joe Biden's pledge to reassess ties with Saudi Arabia over human rights concerns, Riyadh continues to be an important economic partner to the United States in the Middle East, said Steve Lutes, vice president of Middle East affairs at the US Chamber of Commerce. “We expect American companies will continue to invest and pursue new commercial opportunities across a range of sectors in Saudi Arabia,” he told Al-Monitor.

Despite the war in Yemen, which has escalated to a cross-border conflict as Houthis rebels launched drones and ballistic missiles attacks deep in the kingdom's territory, the country’s minister of investment, Khalid al-Falih, declared the “total addressable investment” in the kingdom over the next decade “will be north of $3 trillion.”

No quick wins but longer-term opportunities

Besides pouring fresh capital into Vision 2030 projects, Saudi Arabia is also reforming its once inflexible business culture. According to Falih, over half of the 400 foreign direct investment regulations have been revamped. Last year, Saudi Arabia was the world's top improver in the World Bank’s ease of doing business rankings.

Yet more work needs to be done to attract foreign investors, including greater efforts to protect intellectual property rights and resolve existing violations. “Digital transformation, pursuing an export-driven trade policy that enhances access to major markets, and ensuring a consultative process to regulatory reforms and rulemaking are all steps that need to be addressed to increase investments,” said Lutes.

On a social level, reforms sparking a shift of mindsets aim at setting the scene for foreign investors to enter the Saudi market. The country lifted its widely criticized ban on women driving, curbed the religious police’s powers and started pushing Saudis who barricaded themselves into stable, well-paid public sector jobs toward private sector employment.

But despite efforts to loosen up its conservative lifestyle and create enticing opportunities in the non-oil economy, Saudi Arabia still lags behind the United Arab Emirates (UAE), and in particular Dubai, a Gulf business hub where the lifestyle is relatively more liberal.

Using a carrot and stick approach, Riyadh issued an ultimatum in February 2021 in the hope to attract 500 foreign companies in the next decade: Relocate your regional headquarters to the kingdom or lose lucrative government contracts. “I’ll give you three letters for the chance of us moving to Riyadh: NFW,” a Dubai-based executive told the Financial Times.

The transformation of the conservative petrostate’s social and business landscape is likely to be the challenge of a lifetime, and Livermore advocates for patience: “Investing in Saudi Arabia is not just about quick wins, but longer-term opportunities.”