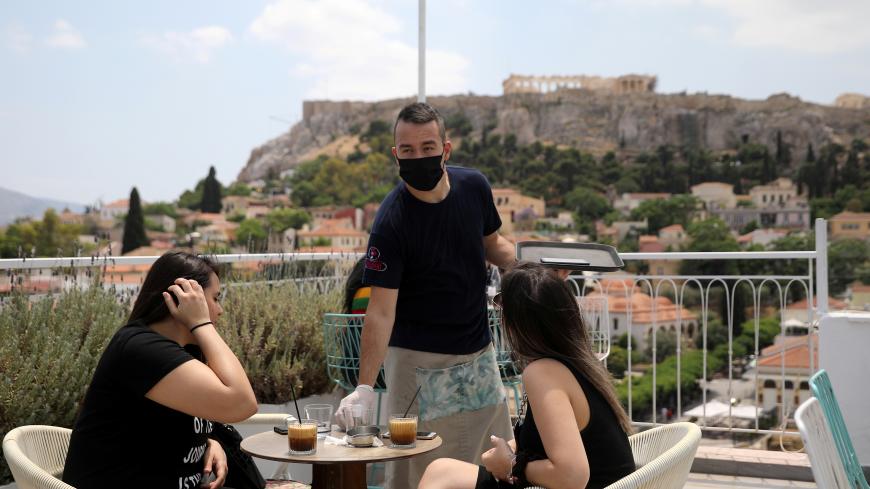 A waiter wearing a protective face mask serves customers in a coffee shop, with the Acropolis hill in the background, as restaurants reopen following the easing of measures against the spread of the coronavirus disease, in Athens, Greece, May 25, 2020. - REUTERS/Costas Baltas

Greece will allow tourists from Israel and Lebanon to visit in June.

As of June 15, Greece will allow visitors from Israel, Lebanon and several European countries for its peak summer tourism season, Reuters reported. The Mediterranean country’s economy relies heavily on tourism.

Israel and Lebanon are the only two countries on Greece’s list in the Middle East. Both nations have been praised for their responses to the virus.

Israel received praise for stopping tourism and forcing people to stay home early on. The country also used surveillance technology to track people with the virus.

Lebanon has likewise been lauded for its relatively low numbers of just over 1,100, despite a worsening economic crisis and high population of refugees who lack access to hygiene materials.

Greece began a nationwide lockdown to limit the spread of COVID-19 in March, and has registered 2,909 cases. This number is relatively low in the European Union, according to Reuters.