Despite the country's success early on in the pandemic with its lockdown and use of controversial surveillance technology, a new surge in infections has prompted a return to closures. 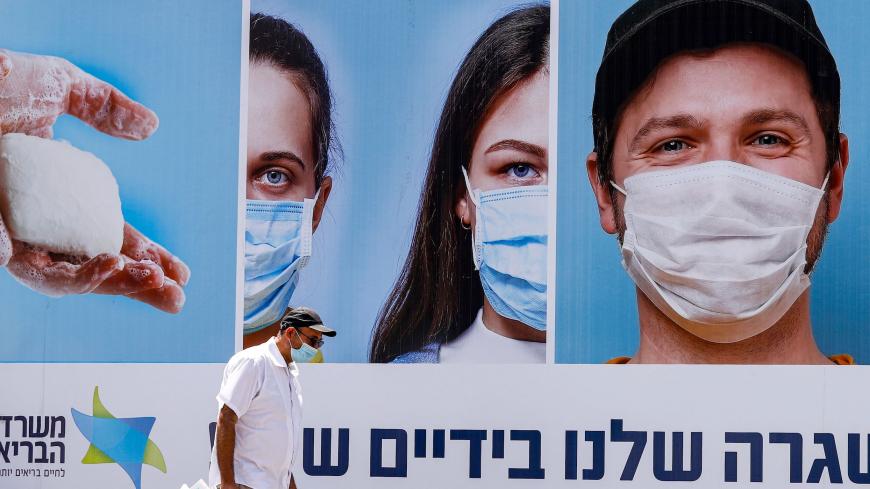 A mask-clad man walks past a billboard showing other mask-clad faces and other COVID-19 precautions in the center of the Israeli city of Ramat Gan, east of Tel Aviv, on July 17, 2020. - JACK GUEZ/AFP via Getty Images

The Israeli government instituted several restrictions today aimed at curbing the renewed spread of COVID-19 in the country.

As of Friday, gyms and dance studios are to be closed. Restaurants can only offer takeout or delivery services, except for those in hotels, which can operate at 35% capacity. On weekends, hair salons, open-air markets, malls, stores and other non-essential businesses are to be closed, as are beaches. People can only gather in groups of 10 at most in closed spaces and 20 at most in open spaces, among other measures, according to a press release from the prime minister’s office on Friday.

Israel is now experiencing a second wave of the novel coronavirus and has registered around 2,000 new cases per day for the past several days, according to Worldometer.

Israel first imposed virus mitigation measures in March, but started lifting them in May.

The country previously had success fighting the virus. Domestic intelligence has utilized a sophisticated and controversial tracking system for confirmed carriers. The Ministry of Health website allows people to view locations of exposure to COVID-19 throughout the country.

The world took note of Israel’s early efforts in combating COVID-19. In May, Greece announced that visitors from Israel would be allowed to enter the country during its popular summer tourism season. Lebanon was the only other country in the Middle East to receive this distinction. However, because Israel’s cases have gone up since then, the European Union currently does not include Israel on its list of countries whose citizens can visit Europe.