Even before the coronavirus outbreak, nearly 110 million people across the Middle East and North Africa were undernourished. 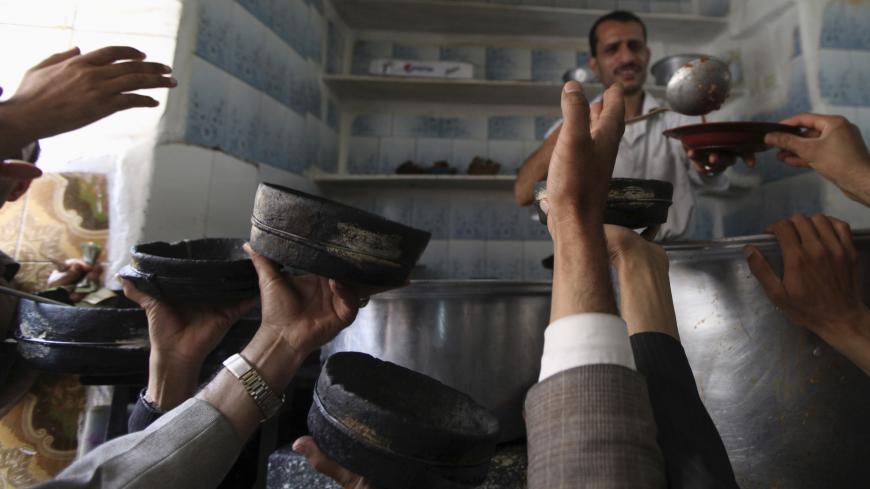 Lockdowns and other movement restrictions are exacerbating existing food crises in the Middle East and potentially creating new ones, a group of United Nations agencies warned Wednesday.

A joint statement from the Food and Agriculture Organization, World Food Program (WFP), the World Health Organization and the UN children’s agency, UNICEF, detailed the negative impact the coronavirus is having on household incomes, food supply chains and school meals.

“Measures needed to slow the transmission of the disease are resulting in hardship for many vulnerable families,” the agencies said. “Current circumstances may aggravate the already difficult situation that many families face in accessing affordable quality diets.”

Nearly 110 million people across the region are undernourished, with Afghanistan, Sudan, Syria and Yemen especially hard hit by food shortages.

The coronavirus outbreak has forced many to compromise on the quality of their food. The report notes that people are spending more time at home, and as a result, eating more prepackaged, processed foods. More than 17 million students in the region have lost access to school meals, which for many was their only meal of the day.

In Yemen, nearly 20 million people — two-thirds of the population — are food insecure, including more than 2 million children who are acutely malnourished. The WFP in Yemen, which was forced to halve the number of its aid deliveries in the Houthi-held north, is appealing for $870 million to continue its food assistance programs.

Food security is also on the rise in Afghanistan, where more than half the country lives below the poverty line. As neighboring Pakistan sealed its border over coronavirus concerns, aid organizations reported key commodities getting held up at the crossing, including 577 metric tons of food in April.

A fuel crisis, economic uncertainty in neighboring Lebanon and a plummeting Syrian pound have caused food prices in war-torn Syria to soar to their highest level ever recorded. In the past year, the cost of basic food items has increased by 107%, the WFP said.