Turkey to send medical supplies to US amid coronavirus outbreak

Turkey is the latest country to send personal protective equipment to the United States. 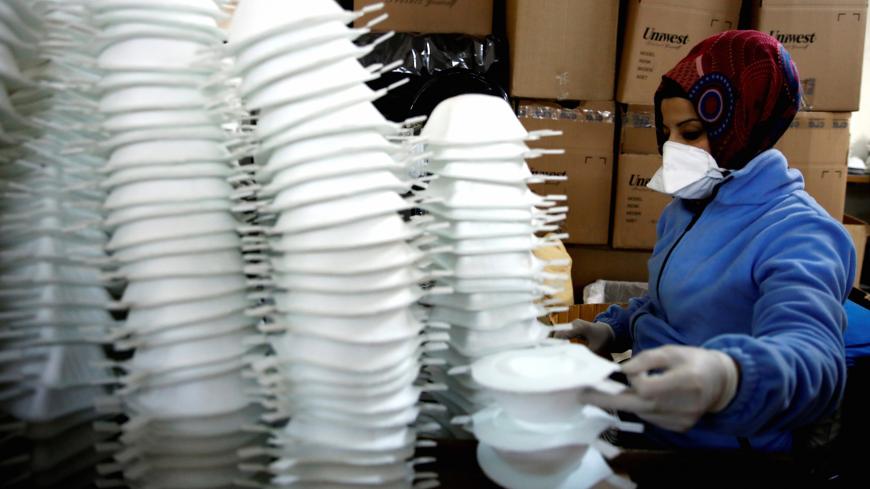 Workers produce face masks as the demand for their production rapidly increased and struggles to meet orders, at a Turkish manufacturer's facility in Istanbul, Turkey, Jan. 30, 2020. - REUTERS/Umit Bektas

“At a time when even developed countries are asking for Turkey’s support, we have offered our support to a wide geography, from the Balkans to Africa,” Erdogan told reporters, according to Reuters.

Erdogan said the shipment to the United States will include surgical masks, N95 masks, protective suits and disinfectants.

According to the pro-government Daily Sabah newspaper, Turkey has delivered aid to more than 50 countries, including China, Spain and Italy. Today, Erdogan’s communications director called the humanitarian response “exemplary.”

“Our citizens and those in need around the world can count on Turkey," said Fahrettin Altun, as quoted by the state-run Anadolu Agency.

Turkey is the latest country to send aid to the United States, where the number of people confirmed to have contracted the coronavirus has passed 1 million. Egypt, South Korea and Russia delivered medical supply shipments in the past month.

Turkey, meanwhile, is reeling from its own outbreak, which has killed at least 2,900 and infected more than 112,000 people nationwide. Last week, Turkey overtook China as the country with the most confirmed cases outside of the United States and Europe.

Turkey’s health minister said Friday, however, that the spread of the virus in Istanbul was “under control” and compared it to the Chinese city of Wuhan, which recently lifted travel restrictions after a monthslong lockdown.

Erdogan also said today that the weekend curfews imposed on 31 of the country’s most populated provinces will likely continue through the end of Ramadan in late May.