The coronavirus outbreak is hitting Iran, which is already suffering under economic sanctions, hard, but the United Arab Emirates is offering substantial assistance. 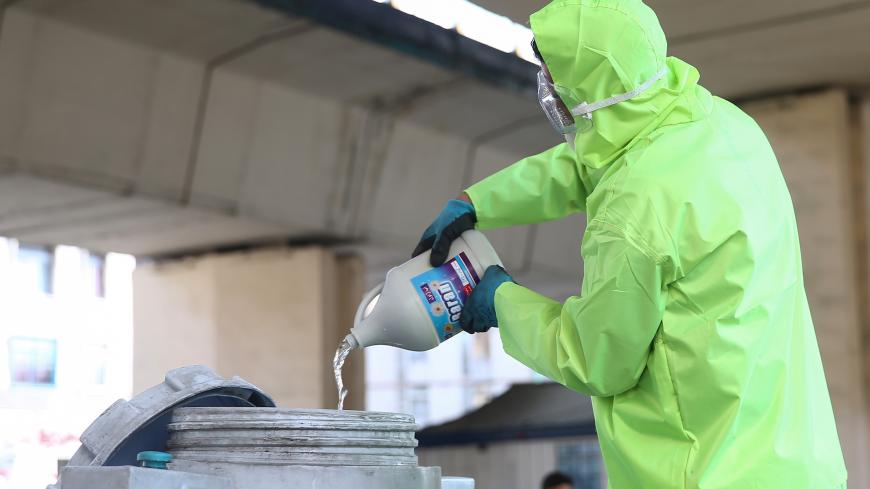 The United Arab Emirates (UAE) has shipped a second supply of medical equipment to Iran as the Islamic Republic fights to contain its spreading coronavirus outbreak, which has so far killed more than 800 Iranians.

“Providing life-saving assistance to those experiencing distress is essential to serving the common good,” the UAE’s Minister of State for International Cooperation Reem bint Ibrahim Al Hashimy said in a statement. “The leadership and people stand shoulder to shoulder with nations in their time of need.”

The two aircraft, which took off from Abu Dhabi on March 16, were carrying 32 tons of medical supplies and equipment, including thousands of pairs of gloves, surgical masks and protective equipment, according to the UAE Foreign Ministry.

“Provision of medical supplies is critical to curbing the spread of COVID-19, and the UAE is committed to doing all it can to stamp out the virus, both at home and around the Gulf region,” Hend Al Otaiba, director of strategic communications at the UAE Ministry of Foreign Affairs and International Cooperation, wrote on Twitter.

The flight is the second such humanitarian aid delivery from the UAE to Iran this month. In collaboration with the World Health Organization (WHO), the UAE sent an aircraft carrying 7.5 tons of medical supplies, as well as five WHO experts, to Iran on March 3.

On March 15, Iranian Foreign Minister Mohammad Javad Zarif and his Emirati counterpart Abdullah bin Zayed bin Sultan Al Nahyan spoke on the phone about ways to contain the pandemic. The top Emerati diplomat affirmed “the UAE's support to the Iranian people as they come through this crisis,” according to a statement released by his office.

The coronavirus has killed more people in Iran than any other country outside China and Italy. The country’s Health Ministry confirmed some 14,000 Iranians are infected with the disease, and more than 850 people have died.

Iran’s neighbors are increasingly shutting their land and sea borders, further isolating the country, which had already been grappling with economic sanctions on oil and gas exports imposed by the United States. Tehran has blamed Washington’s "maximum pressure" campaign for limiting Iran’s ability to contain the disease.

Iran has called on other countries for their help in breaking US sanctions, which were imposed after US President Donald Trump withdrew from the landmark nuclear deal between Iran and six world powers in 2018.

The US State Department says it has offered assistance to Iran, which the regime has rejected.

On Twitter, Seyed Abbas Mousavi, an Iranian Foreign Ministry spokesman, praised the UAE, as well as Uzbekistan and the United Nations’ children agency, UNICEF, for their recent deliveries of medical supplies.

“My country is sincerely thankful for these humanitarian efforts and will never forget the way they stood with #Iran in hard times,” Mousavi wrote Monday.