The Turkish government has thwarted opposition efforts to raise funds to help the needy against the coronavirus crisis, a move that could backfire and deepen President Recep Tayyip Erdogan’s political woes. 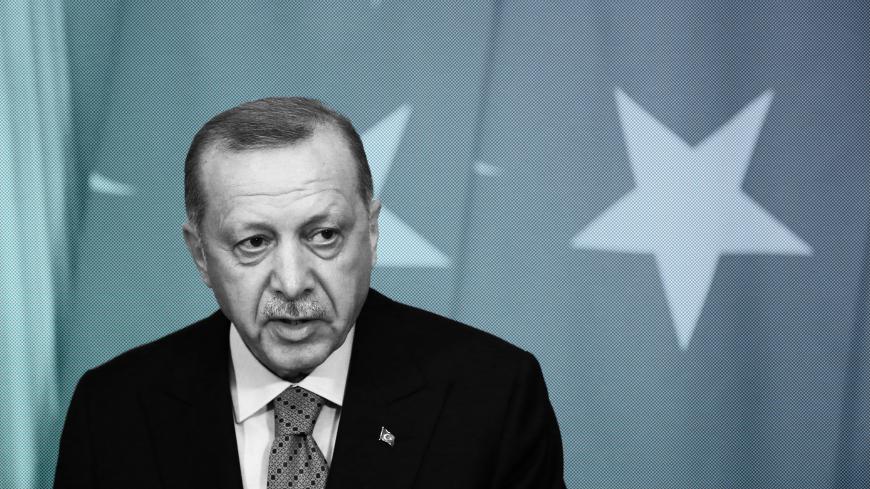 Many had expected that rights and freedoms would be among the first victims of the coronavirus crisis in Turkey, as they have been in any other turmoil in the country. Indeed, health professionals disputing the official tally of coronavirus cases have faced probes or seen their social media accounts blocked, while journalists have landed in police custody for their coverage of the pandemic, including one already in prison, pending trial for a tweet lampooning a donation campaign launched by President Recep Tayyip Erdogan.

Such incidents have hardly come as a surprise, but few could have foreseen the crisis that erupted last week. As Turkey’s infection cases shot up, prompting tighter restrictions to contain the outbreak, the government barred opposition-held local administrations from raising funds to help those worst affected by the economic impact of the pandemic. While the move is alarming in terms of civil rights and freedoms, it also speaks volumes about Erdogan’s fears, the vicious circles squeezing Turkish politics and what could be in store down the road.

Underlying the crisis is the debacle that Erdogan and his Justice and Development Party (AKP) suffered in last year’s local elections. The opposition won the mayoral races in Turkey’s main urban centers, including Ankara and Istanbul, dealing Erdogan the biggest setback in his political career. The loss of Istanbul, where Erdogan served as a mayor in the 1990s, was especially hard to swallow for the president, who forced a rerun of the vote, only to see his candidate lose with a bigger margin.

Since then, Erdogan has sought to restrict the powers of local administrations in big cities, while the highly popular mayors of Ankara and Istanbul — both members of the main opposition Republican People’s Party (CHP) — have often found themselves in the squeeze of AKP-dominated municipal assemblies.

And now the government appears very much irked by the rising profiles of the Ankara and Istanbul mayors, who have actively sought to assist citizens amid the pandemic, including through donation campaigns to support the poor and small tradesmen forced out of business. Their fundraisers, however, could last only a few days.

On March 31, Interior Minister Suleyman Soylu barred local administrations from fundraising unless authorized by Ankara-appointed governors, a day after Erdogan announced his own nationwide campaign to collect donations from the public. As a result, banks blocked the fundraising accounts of municipalities. Soylu argued that unauthorized fundraising by local administrations would mean that they seek “a different state and a [separate] government,” while Erdogan said that would amount to “a state within a state.”

Such arguments are devoid of legal basis, and the freezing of municipality accounts is a flagrant breach of the law. In democratic countries, people are free to donate to individuals and institutions of their choice, barring any clear prohibitions in the law. Article 15 of Turkey’s Municipality Law openly authorizes municipalities “to borrow and accept donations.” The law was passed by the AKP itself in 2005, when Erdogan was prime minister.

Moreover, not only opposition-held municipalities, but also local administrations run by the AKP as well as various Islamic communities, including groups close to Erdogan, had launched fundraisers in various provinces across the country.

Obviously, the ban was deemed necessary — at the expense of misconstruing the law — when the opposition mayors embarked on collecting donations from the public. But why?

To start with, power in Turkey has been concentrated in the hands of a single individual: the president. So, if the people need assistance or some other form of benevolence, only the omnipotent president is supposed to deliver it. The medical aid that Turkey sent last week to Spain and Italy, the epicenters of the pandemic in Europe, offered ample illustration of how power has become “personalized” in Turkey. The boxes bore labels identifying the sender as “the presidency of the Republic of Turkey” — the first time that a state-to-state shipment by Ankara was labeled as such rather than simply “the Republic of Turkey.”

Looking from another perspective, Erdogan appears bent on his policy of polarization, even in such grave times of crisis. The assistance that the CHP-run Ankara and Istanbul municipalities have extended to the needy — many of them AKP voters — has helped foster a spirit of solidarity in a society that has long been polarized over faith and political affiliations. But a Turkey free from divisions between “the secular” and “the pious” or “the conservative” and “the modern” must be looking threatening to populist politics.

Also, the CHP mayors’ efforts to reach out to citizens in bad straits and raise funds for the needy challenge Erdogan’s long-standing narrative that the secularist CHP is an elitist party, aloof from the people and inept in serving them, unlike the AKP, which he frames as the true representative of the devout masses and national values. A striking example of how far such dichotomies have gone could be seen in a guidebook on psychological support for schoolchildren, which made the headlines in January after being distributed to school counselors across the country by the Education Ministry. In the book, affectionate mothers and other females representing good behavior are all depicted as veiled women, while bad behaviors, including the abuse of children, are visualized in women without headscarves.

The socially-minded efforts of opposition mayors are obviously a threat to this image of good and bad that is being fed to the public. Yet Erdogan’s onslaught on the municipalities carries a serious potential to backfire. Istanbul Mayor Ekrem Imamoglu and Ankara Mayor Mansur Yavas have both vowed to sustain their assistance efforts despite the freezing of donation accounts. By impeding citizens volunteering to donate to their municipalities to help fellow townsmen in need, Erdogan might end up boosting the popularity of the mayors, just as his refusal to concede defeat in Istanbul last year led him to face a bigger defeat in the rerun.

Moreover, reports abound that Erdogan’s own donation campaign has effectively become compulsory for many public servants at the behest of superiors eager to please the government. The Trade Union of Education and Science Laborers, for instance, said that many teachers have been forced to donate, while some muftis, who head the provincial branches of the Religious Affairs Directorate, have reportedly asked staff to present bank receipts to attest their donations.

For the first time perhaps, Erdogan and his government appear to have fallen behind in steering the agenda, trying to react to others who have set the tone. Moreover, their way of reacting has involved naked coercion in the glare of the public eye. The coronavirus crisis could further deepen the political crisis that Erdogan has been undergoing for some time and lead to developments jolting the power balance in Turkish politics.