While enhancing monetary expansion measures to prop up companies and banks against the coronavirus crisis, Ankara is calling for donations from the public to support the poor. 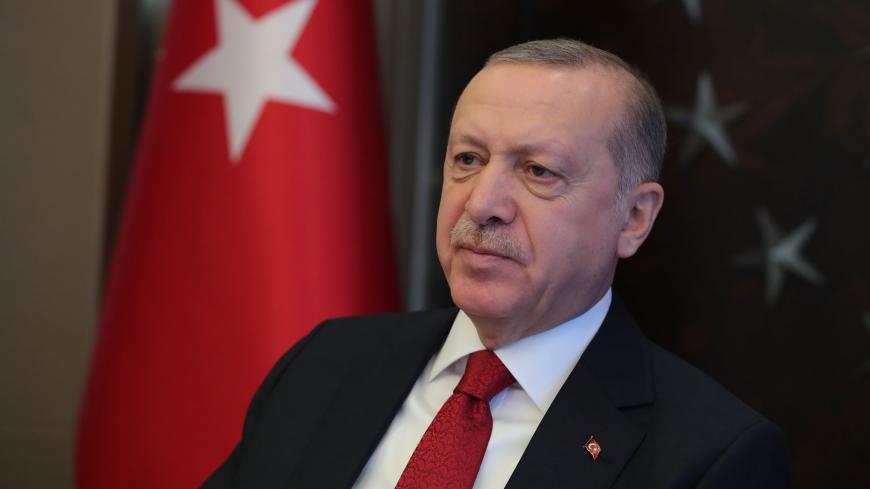 In a move that has stunned millions expecting government support against the COVID-19 crisis, Ankara has launched a campaign to collect donations from the public, lacking the funds to provide a meaningful social shield against the economic fallout of the pandemic, but reluctant — at least for now —- to seek support from the International Monetary Fund (IMF).

President Recep Tayyip Erdogan inaugurated the campaign March 30, saying, “Our aim is to provide additional support to low-income citizens who have been affected by the measures [against the outbreak], particularly those living off daily wages.” He said he was donating seven months of his pay to the campaign.

Since March 18, when Erdogan unveiled a package of measures designed to cushion the economic shock of the pandemic, Ankara has come under fire for prioritizing companies and banks while doing little for households, unlike the US and European governments, which have offered “helicopter money” — or free cash transfers — to citizens, in addition to measures to prop up companies and the financial system.

Erdogan’s stimulus package — called the “economic stability shield” — has failed to satisfy the business community and workers alike. Simone Kaslowski, the chair of the Turkish Industry and Business Association, which groups the country’s largest conglomerates, said, “There is a significant number of unregistered and self-employed workers. A mechanism to compensate their income losses should be considered as well. Direct transfers to households could be similarly considered, just like in the United States or Hong Kong or South Korea. Some [governments] have offered cash support also to individuals placed under quarantine, either for being sick or suspected of being positive cases.”

Three leading confederations of workers’ unions have been even more vocal. “Employers, the Unemployment Insurance Fund and the state must provide income support to all workers who have lost jobs and income due to the global pandemic,” they said in coordinated statements March 30.

The Unemployment Insurance Fund has assets of nearly 132 billion Turkish liras (some $20 billion), but getting benefits from it is not easy. Family, Labor and Social Affairs Minister Zehra Zumrut Selcuk, who is in charge of the fund, said 19,000 troubled enterprises have already applied for compensation payments for a total of 420,000 employees. The applications have come mainly from the manufacturing industry and the accommodation and food services sectors, she said. How long the fund will be able to meet such requests is unclear.

Moreover, the fund covers only registered wage earners who meet certain conditions and for a certain period. Trade unions are calling for unconditional protection. Unregistered workers and owners of small businesses in the services sector, who were forced to stop work or close shop as part of social distancing measures, have been left to their fate with no protection at all. And 2 million poor families in the scope of social welfare programs have been allocated only 2 billion liras from the shield package; this boils down to one-off payments of 1,000 liras ($150) per family.

Millions may hope for more government support, but Ankara has run out of financial ammunition since a severe currency crisis in 2018, with the budget deficit reaching nearly 5% of gross domestic product last year.

Trade unions, opposition parties and some economists have urged Ankara to print money as an ultimate resort to give relief to the vulnerable masses.

In fact, money printing is already under way, in a sense. On March 31, the central bank announced monetary expansion measures that appear designed mostly for companies and banks; these are aimed at easing lenders’ access to credit and to support liquidity in the government bond market.

While 85 countries have already approached the IMF for emergency support, Ankara has been reluctant on this option, mainly for political reasons. Erdogan and his Justice and Development Party (AKP) have long maligned their predecessors for borrowing from the IMF, depicting a new, economically strong Turkey that no longer needs IMF support. Hence, knocking on the IMF door would have a political cost. Moreover, IMF loan programs require transparency, and scrutiny of recipient countries, something the AKP government would like to avoid. So it remains aloof from the IMF option — at least for now.

In sum, Erdogan’s response to mounting calls for direct support to the neediest has been limited to launching a donation campaign. To what extent donation money could bring relief to the victims of the turmoil is anyone’s guess, but the issue has sparked a political storm amid the fast-spreading outbreak.

A day after Erdogan announced the campaign, banks blocked the fundraising accounts of the opposition-held Istanbul and Ankara municipalities, which had launched their own campaigns. The accounts were blocked at the behest of the Interior Ministry on the grounds that the two local administrations, which the main opposition Republican People’s Party (CHP) wrested from the AKP last year, were not authorized to collect donations.

The fundraising rivalry aside, the donations Erdogan will collect could hardly suffice for meaningful social protection, given the magnitude of the economic damage and the large number of people it affects. According to a recent study, the turmoil threatens to add 2 million people to Turkey’s army of jobless, which already numbers 4.5 million. Thus, Erdogan’s campaign could have been conceived as a political attempt to consolidate the AKP’s unraveling base or thwart the flow of funds to CHP municipalities.