Turkey's president is facing pressure from the opposition to impose a nationwide lockdown. 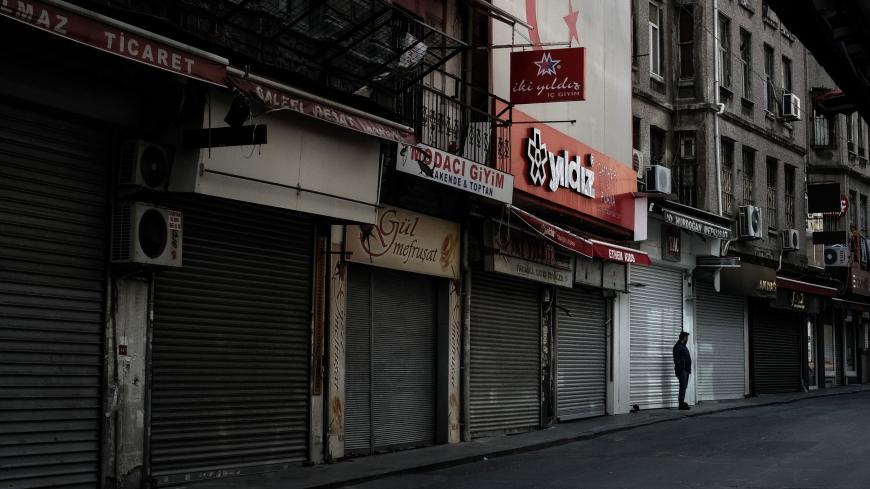 A man stands in front of closed stores on a deserted street in the usually busy Eminonu district of Istanbul, Turkey, April 1, 2020. - Chris McGrath/Getty Images

More than 2 million people are out of a job in Turkey, the country’s main opposition party said Friday, with hundreds of thousands of businesses shuttered across the country due to the coronavirus.

“They had to start a campaign to keep people home. This current campaign has only led to one thing: unemployment," Kemal Kilicdaroglu, leader of the Republican People's Party (CHP), said in an interview Friday.

To provide for low-income citizens, Erdogan on Monday launched a national fundraising campaign, which the government said has raised nearly 82.4 million liras as of Thursday.

“Our citizens who were planning to give alms for [the Islamic holy month of] Ramadan don’t have to wait. They can join the campaign and take their place in the race for charity,” he said Monday.

Kilicdaroglu also called for the authorities to place more stringent limits on freedom of movement amid the sharp rise in unemployment. Turkish authorities have ordered adults 65 and older and those with chronic illnesses to stay home, but have asked the rest of the population to “voluntarily quarantine.”

Erdogan is under increasing pressure to impose a nationwide lockdown, which he’s so far resisted for economic reasons. Instead, he’s called on people to self-police and stay inside their homes except to shop for groceries or make emergency trips.

“Turkey is a country where production must continue and the cogs must keep turning under every circumstance and every condition,” Erdogan said in a Monday night address.

As of Thursday, the death toll in Turkey from the virus had climbed to 356, Turkish Health Minister Fahrettin Koca said. Of the 18,135 recorded cases, roughly half are in Istanbul.

The country's first physician to contract the coronavirus died early Thursday. The 67-year-old doctor, Cemil Tascioglu, taught at Istanbul University and was the first doctor to diagnose the disease in a Turkish patient.

More than 600 health-care professionals are infected across Turkey, the Health Ministry said. Last week, a 33-year-old nurse died after contracting the virus.