Turkey's president continues to resist calling for a nationwide lockdown, but has admitted that stronger action will be needed if Turks don't stay home. 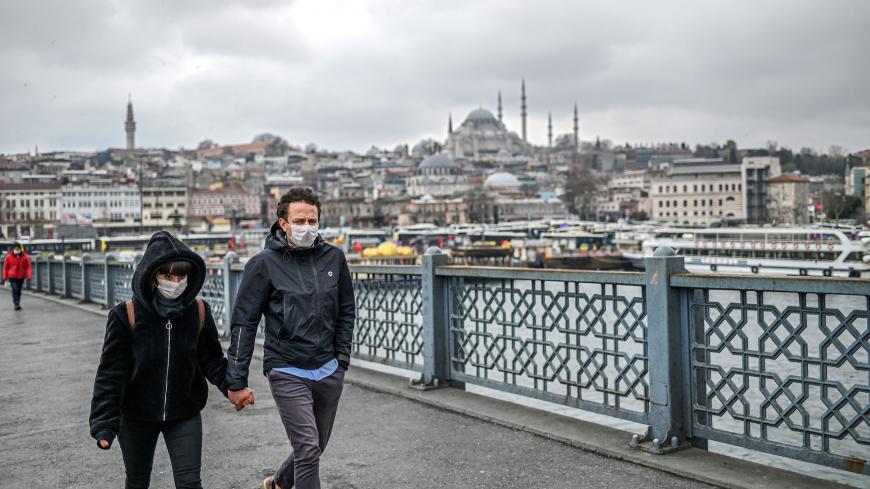 Erdogan is under increasing pressure to impose a nationwide lockdown, which he’s so far resisted for economic reasons. Instead, he’s called on people to self-police and stay inside their homes except to shop for groceries or make emergency trips.

“Turkey is a country where production must continue and the cogs must keep turning under every circumstance and every condition,” Erdogan said in a Monday night address.

On Tuesday, Turkey confirmed 46 more deaths linked to the epidemic in what marked the deadliest day for the country since the virus was first reported in Turkey last month. Turkey, a nation of 83 million, has confirmed 13,531 cases of the novel coronavirus and a death toll of 214, Health Minister Fahrettin Koca said.

To keep residents at home, Turkey recently limited intercity travel, banned walks along the seashore and closed picnic spots, forests and other public spaces during the weekends. The country previously shuttered schools and public venues such as cafes, bars and Turkish baths.

Sporting events and international travel are suspended until further notice, and “pandemic councils” in Turkey’s 30 biggest cities can take additional measures if needed.

Currently, Turkey is not disclosing the location of infections in order to prevent worried citizens from moving to areas where there are fewer cases. But the virus has already reached all corners of the country, according to the Turkish Medical Association.

“Cases and contacts are almost everywhere,” the doctors union said in a statement. “The opportunity to implement a country-wide quarantine was missed."

Ankara has also set aside funds to provide some two million low-income families with 1,000 liras ($150) each.