Turkey is postponing all events related to science, culture and the arts. 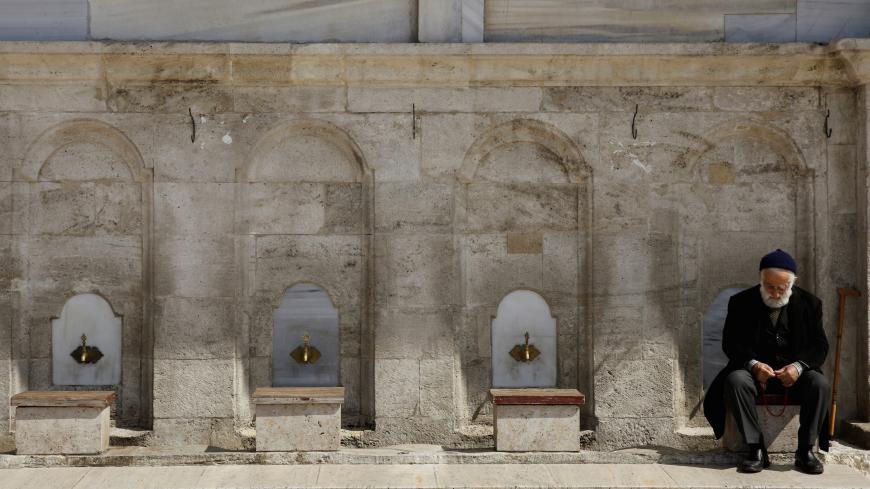 A worshipper waits in front of the locked Fatih Mosque for the Friday prayers as Turkey suspended mass prayers in mosques nationwide until the risk of coronavirus disease (COVID-19) passes in Istanbul,Turkey March 20, 2020. - REUTERS/Umit Bektas

Amid a surge in confirmed coronavirus infections, Turkey is postponing all events related to science, culture and the arts, its president announced Friday.

“It is deemed appropriate to postpone any scientific, cultural, artistic and similar meetings or activities to be held in open or closed areas at national and international level until the end of April,” read the decree from President Recep Tayyip Erdoğan in Turkey’s Official Gazette, according to the Hürriyet newspaper.

Turkey has reported 359 cases of the coronavirus, and as of late Thursday, the death toll had reached four, according to Minister Fahrettin Koca.

The government has responded to the spread of the virus by closing schools and universities, as well as public venues such as cafes, bars and Turkish baths. Turkey has also suspended collective prayers in mosques and places of worship, postponed sporting events and halted flights to 20 countries.

Erdogan has asked Turks to avoid leaving their homes unless necessary for the next three weeks.

As part of the plan, Turkey will increase pension payments, lower the VAT on domestic air travel and defer by three months the debt repayments of impacted companies.

“No virus is stronger than Turkey,” Erdogan said in his announcement.

According to state-run Anadolu Agency, the government will hand out masks and cologne, which can double as a disinfectant, to those 65 and older in Istanbul and Ankara.

Meanwhile, creative Turks have come up with their own "cures," from cannabis to sheep's trotter soup.