Turkey has so far recorded 37 fatalities connected to coronavirus, but the country's health minister says patients are being administered a "special drug" from China. 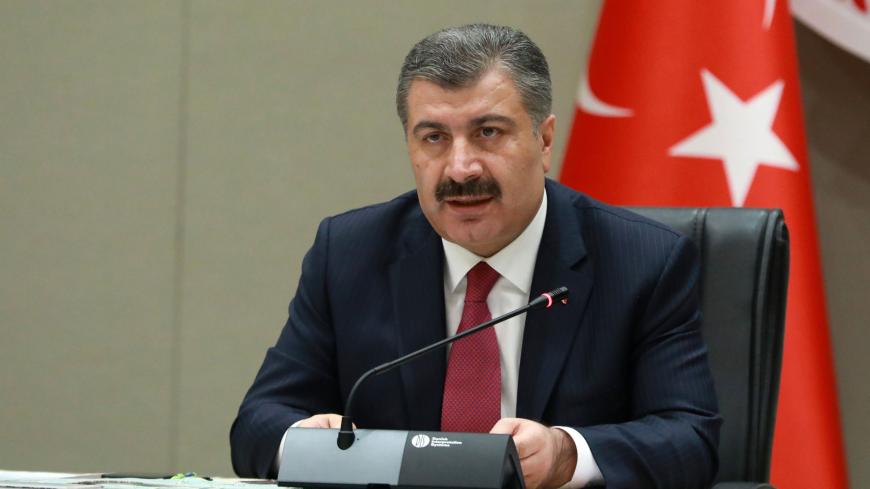 Turkey says it is administering coronavirus patients a “special drug” sent from China.

Turkish Health Minister Fahrettin Koca said Tuesday that drugs were delivered via air ambulances to 40 cities across Turkey, according to state-run Anadolu Agency.

"We have brought a special drug used in China, which is claimed to have resulted in improvements in intensive care patients, cutting their time in care from 11-12 days to four days," said Koca on Monday.

He didn't provide additional information, but a member of the Health Ministry’s Coronavirus Science Committee later revealed the name of the drug as Favipiravir.

Favipiravir, also known as Avigan, is a Japanese anti-flu drug, which China says has been helpful in shortening treatment time of COVID-19 patients.

Turkey has so far recorded 1,529 cases of the coronavirus, with 37 fatalities. As of Tuesday, the country’s defense minister said there were no confirmed cases among the military.

The government has responded to the spread of the virus by closing schools and universities, as well as public venues such as cafes, bars and Turkish baths. Turkey has also suspended collective prayers in mosques and places of worship, postponed sporting events and halted flights to 20 countries.

On Tuesday, the Turkish Interior Ministry imposed fresh restrictions on daily life. Buses are now required to carry fewer passengers, and grocery stores must limit their hours and number of customers allowed inside at one time.

Turkish defense firms are mass producing ventilators, and the government has hired an additional 32,000 health care workers to cope with the influx of patients. The Health Ministry also said China had delivered 50,000 rapid coronavirus detection kits, and another batch of 300,000 were expected by Thursday.

Fearing the virus could spread in its prisons, Turkey is also mulling legislation that would free some of its 300,000 detainees.