Citing complications amid the coronavirus pandemic, Ankara has postponed the activation of its Russian-made S-400 missile systems, possibly opening an avenue to ease US-Turkey tensions. 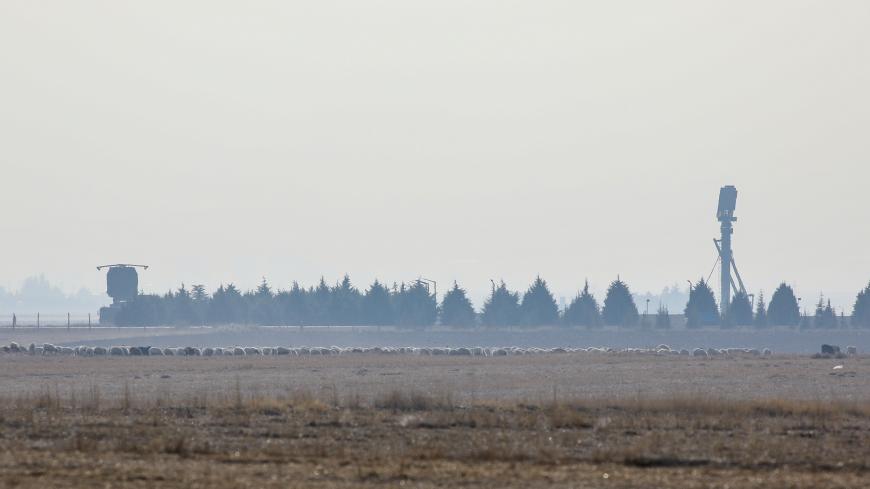 ISTANBUL — Turkey has been the subject of looming US sanctions ever since the S-400 missiles landed in Ankara last July. The Russian-made defense systems are said to pose security threats to NATO alliance equipment in the country and Turkey was booted from the F-35 fighter jet program as a result of the acquisition, escalating US-Turkey tensions indefinitely.

On Monday, Turkish officials said they would postpone the activation of the S-400 systems, scheduled to take place this month, citing complications stemming from the novel coronavirus pandemic, though plans to use the missiles remain unchanged. In response, US State Department spokesperson Morgan Ortagus told Reuters Washington continues to object “strenuously” to Ankara’s purchase of the missiles.

“We continue to stress at the highest levels that the S-400 transaction is the subject of ongoing CAATSA sanctions deliberations and it remains a major obstacle in the bilateral relationship and at NATO,” Ortagus said Monday, referring to the Countering America's Adversaries Through Sanctions Act.

Though the S-400s remain a point of contention, with Ankara officials claiming the missiles are a necessary defense measure, some analysts say the delayed activation offers an avenue for renewed negotiations between the United States and Turkey.

Ozgur Unluhisarcikli, director for the German Marshall Fund in Ankara, said the postponement is likely an attempt by Turkish officials to avoid additional economic strains in the form of sanctions amid a pandemic-induced global financial crisis, but the move could also be seen as an opening for bilateral talks.

“This creates a window of opportunity for the United States and Turkey to move beyond freezing the problem and towards taking steps to solve it,” Unluhisarcikli told Al-Monitor.

During a March 31 phone call with US President Donald Trump, Turkish President Recep Tayyip Erdogan inquired whether the US Federal Reserve could expand currency-swap arrangements to include Turkey’s monetary authority. The governor of Turkey's central bank, Murat Uysal, confirmed Sunday Turkey is currently seeking a number of swap agreements to help mitigate the economic impacts of the coronavirus.

Unluhisarcikli said such requests give Washington leverage in the S-400 issue. He added US officials could pursue confidence-building measures with Ankara by offering to deploy Patriot missiles systems in Turkey, as they have reportedly done in the past.

“The US administration does not need congressional approval for this because it’s not a sale,” Unluhisarcikli told Al-Monitor. “In return, the United States could ask Turkey not to activate the S-400 for a year.”

He added, the current pause in activating the S-400s “should not lead to complacency, neither in Washington nor in Ankara. The two countries are gaining time … but unless they use this time wisely, they will just be taking a break before the next political crisis.”

In other coronavirus-related developments, Erdogan announced a four-day lockdown would be imposed from April 23 to 26 on Turkey’s largest cities to slow the spread of COVID-19. To date, the Turkish state has imposed similar back-to-back weekend curfews, but medical experts said temporary curfews were not enough to contain the pandemic in Turkey, which as of Tuesday recorded 95,591 confirmed cases and 2,259 virus-linked deaths.

The upcoming four-day lockdown will take place during a national holiday on Thursday, and Erdogan said future curfews were possible. Existing measures to limit the spread of the coronavirus in Turkey include a full curfew on senior citizens and most people under 20 years of age, as well as domestic and international travel restrictions and the temporary closure of all restaurants, cafes and bars.

The economic impacts of the pandemic are expected to be significant for all emerging markets, including Turkey, which has limited central bank reserves after a 2018 currency crisis. According to a Reuters poll published Tuesday, Turkey’s economy is expected to shrink for the first time in more than a decade, as the median forecast of about 40 economists estimated a contraction of 1.4% in 2020.

Last week, a report by the International Monetary Fund estimated Turkey’s economy would contract by 5% this year and unemployment could reach 17.2%. Though IMF officials said they were speaking with Ankara regarding possible emergency assistance and some analysts have speculated Turkish officials will need to accept international funding to weather the pandemic, presidential spokesman Ibrahim Kalin told CNN Turk that no such agreement was on the table.

“We do not have IMF on our agenda. … Turkey does not have an agenda of making a new deal with the IMF, no credit or a new standby agreement,” Kalin said in the televised interview on April 12.