Secretary of State Mike Pompeo condemned on Tuesday a terrorist bomb attack that killed at least 40 people in the northwestern Syrian city of Afrin. 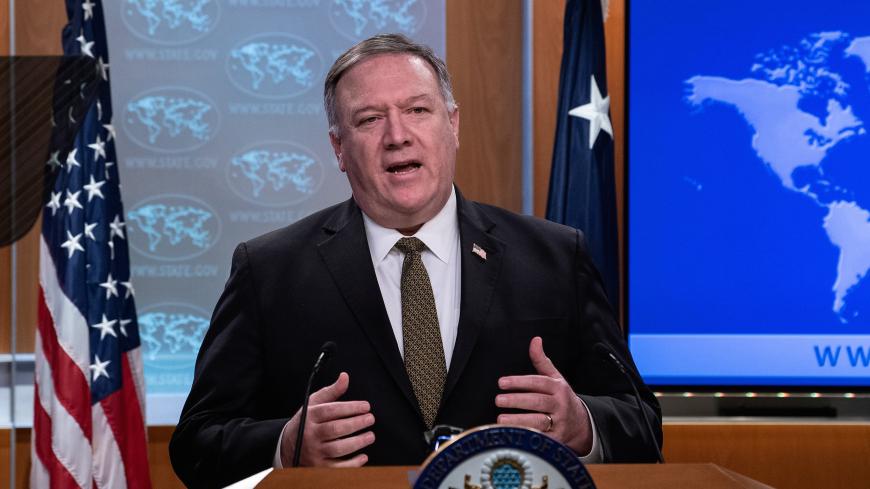 US Secretary of State Mike Pompeo speaks at a press briefing at the State Department in Washington, US, April 22, 2020. - Nicholas Kamm/REUTERS

Secretary of State Mike Pompeo condemned on Tuesday a terrorist bomb attack that killed at least 40 people in the northwestern Syrian city of Afrin.

“The United States condemns the act of terror carried out today in Afrin, Syria, claiming the lives of dozens of people shopping in the central market as they prepared to break the Ramadan fast,” Pompeo said in a statement. "Initial reports indicate many victims were civilians, including children. Such cowardly acts of evil are unacceptable from any side in this conflict.”

Pompeo reiterated UN calls to implement a country-wide cease-fire throughout the war-torn country.

Why it matters:  Turkish forces and their Arab rebel allies from the Free Syrian Army have controlled Afrin since 2018 after ousting the Kurdish People’s Protection Units (YPG) from the area. Turkey immediately blamed the attack on the YPG, which has yet to comment. The United States has not attributed blame for the attack.

What’s next:  As tensions continue between Turkey and the Syrian Kurds, Ankara is also operating in Idlib province — the last rebel bastion — to conduct joint patrols with Russia, which backs Damascus in the conflict. While the patrols have tamped down conflict between the government of President Bashar al-Assad and the Turkish-backed rebels, activists have also accused Turkey of shooting dead protesters demonstrating against the patrols. Turkey hopes to open the M4 highway in the province by ousting al-Qaeda-linked groups from the area.

Know more:  Be sure to read Amberin Zaman’s story detailing Turkish abuses against dead Kurdish fighters from the Kurdistan Workers Party, which is linked to the YPG in Syria.