Morocco, Algeria face off at UN over Western Sahara

The Polisario Front is disappointed over the lack of interest from the international community in the group's four-decade-long battle for self-determination and an independent state. 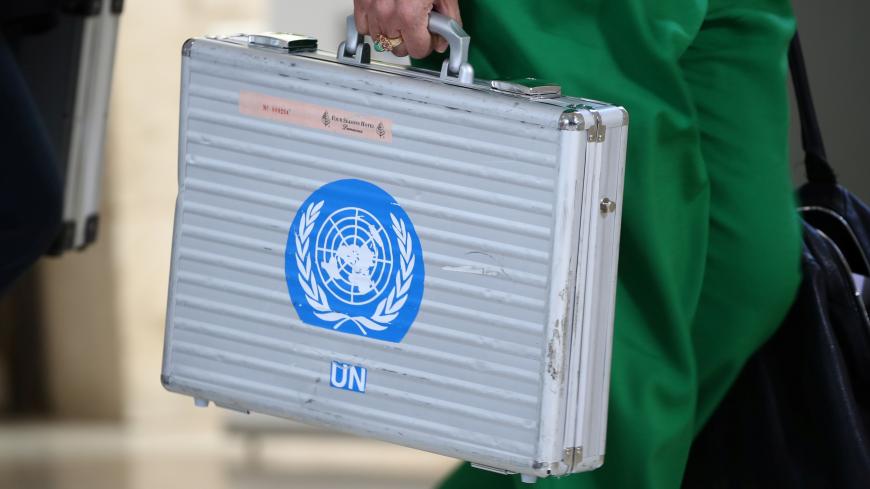 A United Nations translator holds a briefcase with listening equipment before a news conference after a roundtable on Western Sahara at the United Nations in Geneva, Switzerland, March 22, 2019. - REUTERS/Denis Balibouse

The UN Security Council adopted a resolution April 9 on the Western Sahara peace process between the Polisario Front and Morocco. In essence, it reiterated prior UN resolutions: that a political solution to the ongoing conflict over Western Sahara territories can only be achieved through negotiations between all concerned parties, and in the form of a roundtable process.

Amid the global crisis of the coronavirus, few in the international community paid attention to the resolution, which appears to have not contributed much to the UN-sponsored peace process. Also, the threat that the coronavirus will spread more widely in North Africa did little to bring Morocco and Polisario’s ally Algeria any closer when it comes to the disputed Western Sahara. It could even be said that tensions over Western Sahara didn’t diminish an inch, and that if anything, the coronavirus pandemic only escalated them. As if reflecting international indifference, the UN Security Council website did not even feature the resolution the day after it was adopted.

The conflict over Western Sahara has lasted for many decades, ever since Spain decolonized this large stretch of desert land in 1975. Shortly after decolonization, the Polisario Front launched an armed struggle against Morocco, seeking self-determination and recognition of the Sahrawi Arab Democratic Republic. But despite several peace initiatives, and despite countless UN resolutions, the Moroccan claim to these territories shows no signs of winding down.

Over the years, various international organizations and many countries recognized the Sahrawi Arab Democratic Republic. But such recognition did not deter Rabat. Indeed, a number of those countries have withdrawn or suspended their recognition, and since the end of 2019, 10 African states have opened diplomatic consulates in Western Sahara under their missions to the Moroccan capital in a clear sign of recognizing Moroccan sovereignty. Algeria recalled its ambassador from Ivory Coast after the West African country opened a consulate in the Western Sahara region, but the diplomatic pressure yielded no results.

Prior to the April 9 meeting, the UN representative of the Polisario Front, Sidi Mohamed Omar, asked the Security Council to discuss the delay in the appointment of a new UN envoy and mechanisms for responding to the opening of the consulates. Former UN envoy to the region Horst Kohler resigned in May 2019 due to health problems, and the UN is still searching for a replacement.

Leaders of the Polisario movement expressed double disappointment after the Security Council meeting. Not only did the UN keep silent on the recent moves by Morocco to reinforce its claim on the region, but no candidate was presented for the role of the new UN envoy — two clear signs that the international community is losing interest. Apparently, the times of the coronavirus are not conducive for resolving seemingly never-ending regional conflicts.