UN Will Not Monitor Human Rights in Western Sahara

Having been let down by Algeria and other defenders of human rights in the region, the Sahrawi people face another setback in their quest for self-determination, writes Kaci Racelma. 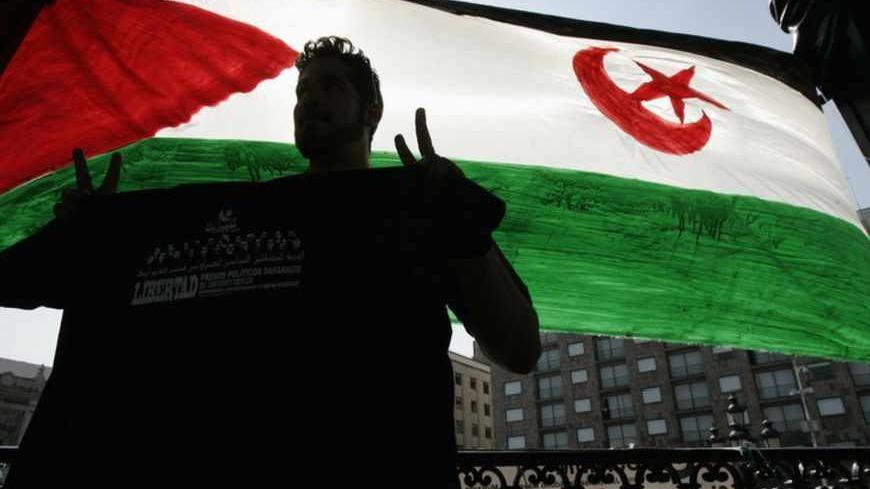 An activist takes part in a demonstration to demand the release of Sahrawi prisoners held in Rabat, Morocco, since 2010, in Guadalajara, Jan. 26, 2013. - REUTERS/Alejandro Acosta

Finally, Moroccan diplomacy has managed to prevail over the Sahrawi people’s ambitions for self-determination. Yet, this fact becomes insignificant when faced with the realpolitik imposed by a system that gets its legitimacy from the principle of the strongest.

The UN Security Council that adopted on April 25 a new resolution (2099) reaffirming the right of the Sahrawi people to self-determination left some Sharawis unsatisfied and unhappy. Algerians who still believe in this right were also disappointed, first and foremost because it does not expand the prerogatives of the United Nations Mission for the Referendum in Western Sahara (Minurso) to monitor human rights in the region — something that the Polisario front constantly campaigns for.

Moreover, that some countries supposed to be defenders of human rights in the region par excellence change tack and are often the first to ridicule these rights messes up political data in Algeria, as well as in the occupied territories. In this member state of the Arab Maghreb Union, quitting is not something human rights activists can do, especially those in the Algerian National Committee of Solidarity with the Sahrawi people.

“The fight for the protection of human rights in the occupied territories continues.” Such is the credo of this committee that is met with gratitude from Sahrawis, who are also overwhelmed with dissatisfaction.

“It is true that it is a great disappointment to see some authorities opposing the expansion of powers of the Minurso to include monitoring human rights in our country. Yet, we will never abdicate, delay as we might. We are still optimistic about achieving this objective that is dear to our hearts and for the sake of which we are fighting tooth and nail,” said activist in the Sahrawi cause, Al Mahjoub Sidi, to Al-Monitor.

If the Polisario’s UN representative Ahmed Bukhari braces the UN Security Council’s attachment to the Sahrawi people's right to “self-determination as the basis for a political solution to the conflict” to express his satisfaction in this regard, it is not the case of the activist base. The latter considers that “it is time for the international community to address the rights of oppressed people to self-determination, beyond any external pressure.”

“The Sahrawi people have the right to freely choose their state and its form of government, without being sold or traded against their will. The relentless supporter of this undeniable cause, the Algerian government, continually supports the Sahrawi people’s right to self-determination under international law. Algeria “will continue to contribute to the process of decolonization that is solely the UN’s responsibility,” said the spokesman for the Algerian Ministry of Foreign Affairs Amar Belani. The UN Security Council’s resolution 2099 that was adopted unanimously on April 25 stressed the “just, durable and mutually accepted political solution that allows the self-determination of the Western Sahara people.”

“The improvement of the situation of human rights” in the occupied territories also has a say in the legislation governing this issue that dates back to 1975. The justice of the cause and the various violations that activists undergo in the territories are preoccupying the Old Continent as well. Sahrawis living in Norway and friends of the Western Sahara who are established in other regions of Europe, work on undertakings to promote this cause. This amply illustrates the immigrant community’s concern with this problem. Reports detailing violations of human rights are about to land in the offices of various European institutions. Marches are also likely to be organized on the evidence of the statements of activists living abroad and supporting the Sahrawi cause.

“Irregular trials of Sahrawi activists and arbitrary arrests” are currently topping the news of the region that is attracting growing interest from the humanitarian community, including NGOs, which have always prioritized human rights.