Algeria is increasing efforts to stop the influx of armed extremist groups at traditionally porous border crossings following a series of terrorist attacks in the country, writes Kaci Racelma. 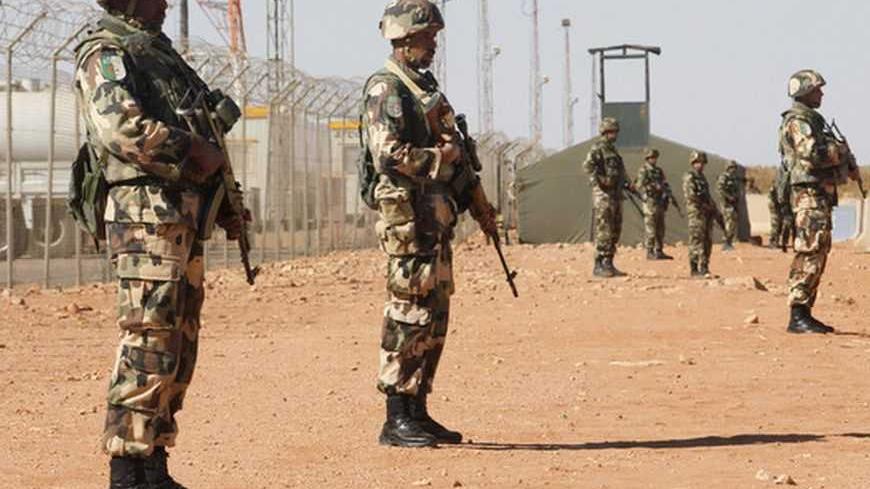 The link between terrorism and organized crime has been increasing in the Maghreb region, threatening its security and development. The outbreak of war in Mali has sped up the deterioration of the situation across the Sahel region, which is fast becoming a hub for international trafficking.

This has led the Algerian authorities to rethink their strategy by consolidating the security system in order to fight against trafficking networks and other forms of crime. To do this effectively, the government has been working on strengthening and monitoring the borders in the southwest of the country. Algeria shares a border stretching over 2,826 km with its neighbors Mali, Morocco, the Sahrawi Arab Democratic Republic and Mauritania

Closely monitoring this vast and barren region requires significant human and material resources, which is a crucial factor the Algerian authorities will not neglect as they employ all available means toward this purpose. Security services have intensified their efforts in the fight against terrorism and organized crime and have begun to track down terrorist networks and drug traffickers.

Since the outbreak of clashes in Mali, the 2,826 km border has been riddled with smuggling and trafficking operations. Security forces continue to mobilize in this area and have been monitoring the airspace on an almost daily basis.

This organized crime is further consolidated by the links between drug traffickers of different nationalities and armed Islamists groups, who are heavily present in the sub-region of the Sahel, such as al-Qaeda in the Islamic Maghreb led by Abdel Malek Droukdal, alias Abu Musab Abdel Wadoud.

In addition, the main resources of Ansar Dine, Boko Haram and the Movement for Oneness and Jihad in West Africa derive from the trafficking of arms and drugs and money laundering.

In the same vein, several units of border guards have been deployed in these regions that are now under the state’s control. The porous border with the aforementioned countries has facilitated the movement of terrorists and drug traffickers, who use the Maghreb as a springboard before selling their goods in Europe.

This has become even more volatile due to the fact that Algeria and its immediate neighbors, in particular Morocco, lack a framework of security cooperation.

Relations between Algeria and Morocco have foundered on the difficulties of reaching a middle ground on the situation in Western Sahara and its armed political movement, the Polisario Front. This situation hampers any attempt to revive relations between the two.

As Algeria has taken firm and clear positions against terrorism by signing international-cooperation treaties aimed at fighting this scourge, its interests have become the main target of terrorists. The example provided by the attack in January against the Tigantourine gas plant in Amenas is quite telling. Another terrorist attack on Jan. 27 targeted a pipeline near Djebahia, west of Bouira. Three Algerians in charge of guarding the site were killed.

Facing this danger that is spinning out of control, Algeria is in the process of establishing an air unit within the Gendarmerie Nationale specialized in border surveillance. The units in charge of this task will be equipped with aircraft adapted to different challenges required to monitor the territory. The air strikes launched by the French forces to root out armed Islamist groups who occupied northern Mali led the Algerian government to proceed with the closure of its borders with the countries of the Sahel, a decision that aims to avoid their possible withdrawal to Algeria. This closure, however, does not include refugees from Mali, knowing that they include thousands of people fleeing the war and taking refuge in the region of Tamanrasset, where the government has provided them with considerable resources.