Because of an increased terrorism threat, Mauritania is intensifying its security measures and recently held a conference in Nouakchott for that purpose, reports Kaci Racelma. 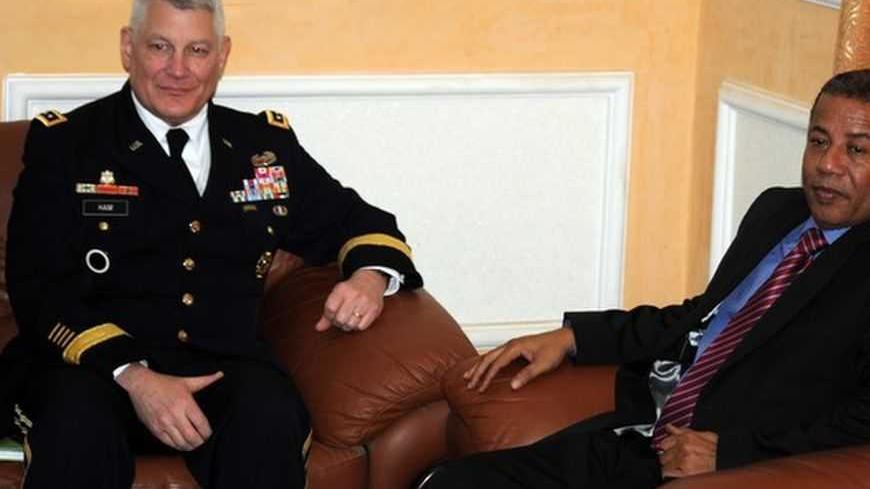 Like other Maghreb countries, Mauritania is facing security challenges as part of its fight against terrorism. Mauritania’s approach to fighting al-Qaeda in the Islamic Maghreb (AQIM) requires better control of the situation, especially since the hostilities in neighboring Mali began. According to the Mauritanian Defense Ministry, Mauritania has been able to “dismantle many terrorist sleeper cells” and has “managed to thwart terrorist operations to destabilize the country.”

The struggle against AQIM, which swore allegiance to al-Qaeda in January 2007 and is expanding its operations to several countries in the region, is very active on the ground. But in order to maintain its momentum, Mauritania needs to fill the holes in its existing security apparatus. This need was revealed by the international conference on the fight against terrorism, organized by the Mauritanian Institute for Strategic Studies, on Feb. 12 in Nouakchott. At the conference, experts and officials involved in the war against terrorism in its various forms reviewed the situation and analyzed methods that may help win the war.

“The conference was intended to find better ways to effectively fight terrorism, which threatens the Maghreb and the entire Sahel region,” Ahmed al-Mehdi, a member of the Mauritanian Institute for Strategic Studies, told Al-Monitor.

The many shortcomings of the security apparatus are forcing Mauritanian leaders to adopt a global approach based on a reality fraught with pitfalls and uncertainties. Compared to the arsenal of the al-Qaeda-affiliated armed Islamic groups, the resources of the armed forces and security personnel charged with fighting terrorism are inadequate, which further complicates their mission and makes it more difficult.

The countries of the medieval Almoravid dynasty have many geographic vulnerabilities. They share 7,420 km of borders among seven countries: Algeria in the north, Niger and Burkina Faso in the east, the Ivory Coast and Guinea in the south and Mauritania and Senegal in the west.

Finding a comprehensive strategy that addresses all shortcomings and deficiencies has become necessary as the armed Islamic groups flee heavy shelling in northern Mali and try to sneak into Mauritania. Moreover, some northern Malian Arab groups have ethnic ties to groups inside Mauritania.

The authorities of the above countries are trying every available method — be it ideological, religious, economic, political or related to security or media — to stem this scourge threatening every north African country. They are also participating in international efforts in that regard. Thus, Mauritanian Law 2010-035 of July 21, 2010 states that “terrorism advocates violence and hatred and threatens the stability of the state, its institutions, the people, property and the vital interests of the nation.”

Geopolitics are favoring the terrorists. Neighboring countries — such as Mali, Algeria and even Morocco — have a serious terrorist threat which requires them to adapt their resources to the new geopolitical environment. In their discussions, Mauritanian security specialists stress the need to address logistical deficiencies.

Mauritania also has an unfavorable geography for security. The country’s surface area is 1,081,000 square kilometers, most of which is desert, and its population is approximately 3.5 million. But despite that, Mauritania is courageously moving forward with its security plan. Internally, the country is trying to move on from the past, plagued by multiple government changes as well as political and economic problems.