The countries of the Sahel region are taking more aggressive steps to fight Al-Qaeda in the Maghreb (AQIM). 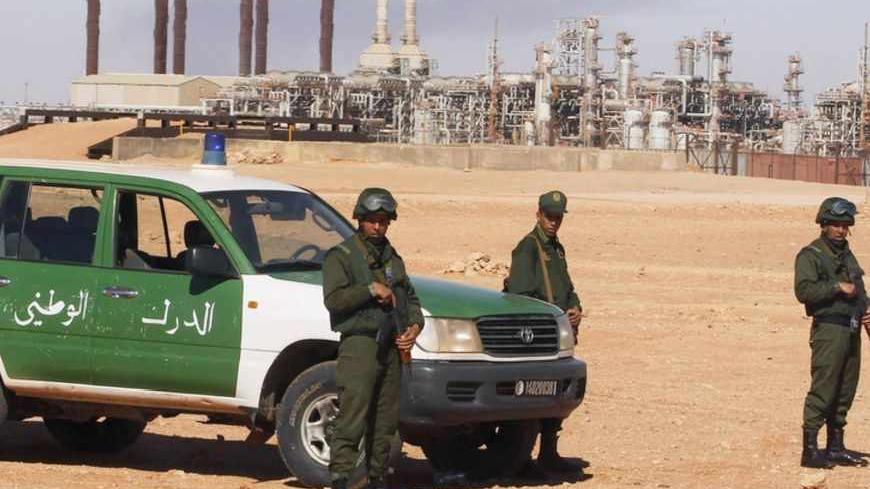 The sun is clearly setting on al-Qaeda in the Islamic Maghreb (AQIM) considering the setback it is going through on the ground, most notably in Algeria. In this country, the National Popular Army (ANP) is determined to maintain pressure and tighten the noose on the ever-active groups in Kabylie. Seven terrorists there have been incapacitated and Kalashnikov assault weapons have been seized this week.

AQIM comprises several brigades that operate in different regions of the country. Each brigade is directed by a local emir who cannot carry out his mission without first having pledged his allegiance to the national emir. The latter is called Abelmalik Droukdel, also known as Abu Musab Abdelwoudoud. This figurehead in the terrorist movement has power and influence that has spread all throughout the Sahel region. His counsel is even heard among terrorist groups such as the Movement for Oneness and Jihad in West Africa (MUJAO) or Boko Haram. If the roots of the group are found in the center of Algeria, it also extends across other zones of operation. It currently touches the desert regions of the Sahel, Mauritania, Mali and Niger.

Tunisia's jihadists also lend a strong hand to the terrorist group in the mountains of Chambi in the West of the country along its border with Algeria. Fighting right now pits Tunisian forces against some 50 armed jihadist Salafists. This is taking place after the mine explosions injured several Tunisians, including some soldiers. The Tunisian authorities, severely criticized and the target of backlash from the opposition, which accuses them of being too lax in dealing with security issues regarding elements from the extremist Salafist movement, as well as its jihadist component, are asking for help from Algeria to overcome the problem. Civil society organizations are urging the authorities to provide reinforcements from the security forces, providing them the logistical means necessary to be able to face coming security challenges.

The Algerian experience in the fight against armed Islamist groups is unquestionably a considerable contribution for Tunisia as much as it was for other North African countries. Cooperative anti-terrorism efforts and security questions between Algeria and its neighbors are completely unambiguous. Bilateral contact and consultations to the effect of perpetuating security cooperation in its political, diplomatic and judicial dimensions are ongoing. To see this, one must look at the different visits carried out by the leaders of neighboring countries to Algeria to request help. The last to date was the one carried out this week by Abdel Karim Mubarak of Egypt, the director of international judicial affairs and treaties at the Ministry of Foreign Affairs. If the Jasmine nation has lived for months through a period of tense security as several terrorist networks are dismantled, it is because of the lack of experience on the part of the security services who are ill-prepared for this situation.

Algerian support is translating more and more into incapacitating certain elements and taking their weapons. With the prevailing situation along the Algerian border being among the most tense, military reinforcements in the region — reputed to be one of the most active in terms of presence and retreat — is a logical step. There, detachments charged with tracking armed groups keep their eyes out and do not leave anything to chance. They closely observe the slightest movement. With the increase of pressure on armed terrorist groups, they lose speed and their ability to disturb is reduced to almost nothing. One parameter, however, can change this. Refuge is found in the south of neighboring Libya where the authorities struggle to exert their control over the different militias that operate there with complete freedom. This liberty makes matters anything but easy for the fight against terrorism that the other countries in the region give over to armed groups.

The nebula has lost many of its leaders, particularly in the north of Mali, significantly stifling the strategic map. The enforcement of laws that ban countries from transferring ransoms foils it. Choking off its sources of financing is a studied objective. There are so many indications of its decline.