The Sahrawi people have a new chief and a persistent determination to establish recognition from Morocco, one way or the other. 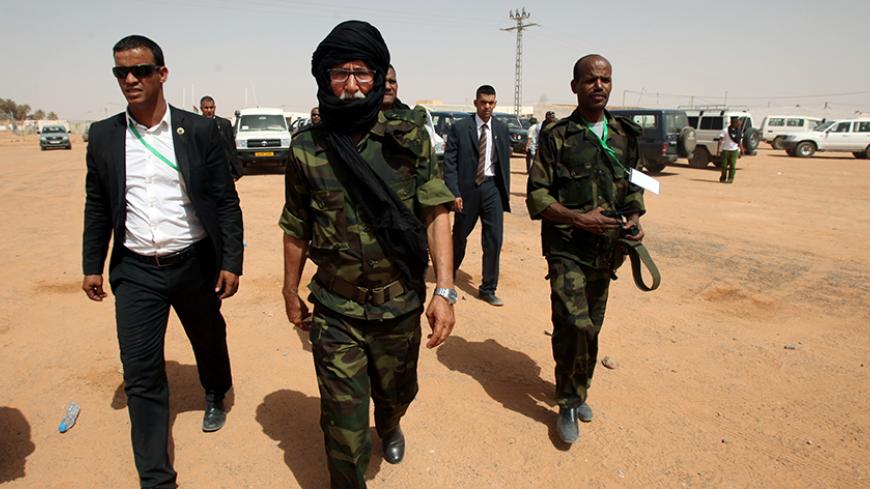 TINDOUF, Algeria — The newly elected president of the Sahrawi Arab Democratic Republic (SADR), Brahim Ghali, is calling for a peaceful settlement of its decades-long quest for independence.

He made it known, however, that Sahrawis are ready to fight for their freedom.

In a July 9 election in a Sahrawi refugee camp in Algeria, the indigenous people of the Moroccan-occupied territory in disputed Western Sahara chose Ghali as their president and secretary-general of their liberation movement, the Polisario Front. Ghali replaces longtime leader Mohamed Abdelaziz, who died May 31.

Ghali was one of the front's founding members. He led the movement's first military operation against Spain in 1973. In 1991, he began a new career as a diplomat, holding different posts, from Polisario’s representative in Spain to its ambassador in Algeria.

He was sworn in July 9 before an audience that included delegations from Africa, Latin America and Europe. In his first speech as president, Ghali called for a peaceful resolution to the Western Sahara dispute.

“We are advocates of peace and are ready to cooperate with the kingdom of Morocco in order to exploit opportunities for a solution that still exists, which enjoys the consensus of the world, based on respecting the Sahrawi people’s inalienable right to self-determination and independence," he said.

He explicitly stated that such opportunities might be lost. “It's an open door toward real peace, and the Moroccan kingdom will bear all consequences when closing it, because the Sahrawi people will relentlessly cling to defending their rights by all means,” Ghali said.

The movement has been fighting for the independence of SADR, the state declared by the Sahrawis, for more than 40 years. It first fought the former colonial power Spain before unleashing a guerilla war against Morocco and Mauritania, who wanted to divide the region between them when Spain left in 1975.

The Polisario Front declared the SADR state in 1976. Mauritania retreated on its demands in 1979 and recognized SADR.

But Morocco still claims the territory and controls more than 75% of the area. It blocked a referendum — called for by the African Union in the late 1980s under United Nations auspices — that was supposed to take place when a cease-fire agreement was signed in 1991. The cease-fire has held, but no solution has been reached.

While the front has been calling for a vote to determine the fate of the Sahrawis, Morocco in March expelled the United Nations Mission for the Referendum in Western Sahara (MINURSO), which was working to resolve the dispute.

The mission has not returned to the Western Sahara yet, putting a huge burden on the UN Security Council to ensure its decision is implemented. Ghali said in his first presidential statement that "MINURSO, as a symbol of the world's commitment to the decolonization of the Western Sahara," should return to "conduct its full mandate, namely to organize a referendum for the Sahrawi people to decide on their fate."

"We reject that MINURSO just keeps guarding the status quo, to a simple observation of the cease-fire.”

“We are not asking for the restoration of the mission per se; we are asking the mission to fulfill its mandate. If it is not going to do so, it is better for it not to be there. And we will handle things on our own. We have done it before and we can do it today," said Baisat, who was Polisario's ambassador in Algeria and its representative in the United States.

The UN Security Council is expected to hold a meeting July 26 to discuss developments in Western Sahara, especially MINURSO's return.

Meanwhile, about 2,400 voters attended the one-candidate congress. The opportunity was open for others to run for the presidency, but there was no other contender. Despite that, the congress committee insisted that an election take place, providing one other option, which was not voting by leaving a blank ballot. Ghali received 93% of the votes, starting a new era in Western Sahara’s history.

When asked why there was no other candidate, Baisat said, "This time it was a consensus candidate. The Sahrawis want to send the message of unity and cohesion to close ranks behind the banner of the Polisario Front as the sole liberation movement to achieve our independence.”

Others who came to the congress shared that belief. Nafi Rais, secretary-general of the union for Sahrawi journalists, has participated in 10 Polisario elections. “We want to show the world that we are united,” he said. Rais was a member of the preparatory committee that laid the groundwork for the congress. Sahrawis from all backgrounds participated in the electoral process, he told Al-Monitor.