What's next in Western Sahara dispute after death of Polisario leader? 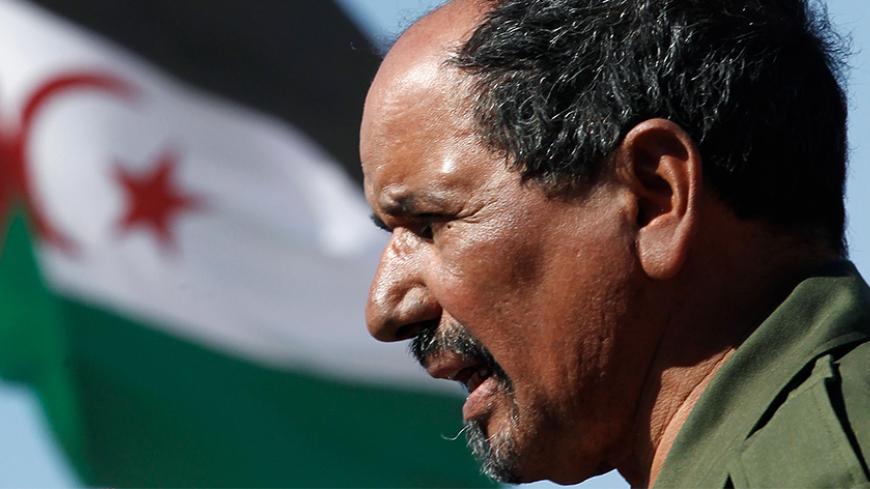 Abdelaziz, 68, died the morning of May 31 in the United States following five days in a coma, according to sources close to him who wanted to stay anonymous.

Many Sahrawis, the indigenous people of Western Sahara — a disputed territory claimed by Morocco — immediately started expressing condolences to each other in their refugee camps in Algeria, visiting each other or sharing posts on Facebook and other social media outlets. Especially heartbreaking was the scene at the refugee camp in Boujdour where Abdelaziz had lived. Women wailed in the streets and people talked about how hard it was to believe the news.

Algeria's president ​declared a week of mourning. News website The Diplomat reported that Spain announced its regret over Abdelaziz's death, which the website said was caused by lung cancer.

Abdelaziz was a founding member and the third secretary-general of the Polisario Front, the independence movement launched in 1973 by the indigenous Sahrawi people of Western Sahara in their dispute with Morocco. He served as head of a battalion, and then gradually became a chief of the first military district of the Sahrawi Arab Democratic Republic (SADR), which is considered a stronghold of the Polisario-controlled part of Western Sahara. Abdelaziz succeeded Alwali Mustafa Sayad as secretary-general in 1976. Since then, he had also been re-elected as president of the SADR in exile.

His term saw many changes, from becoming a founding member of the African Union to the cease-fire brokered by the United Nations in 1991. Despite the anger that has been spreading among young Sahrawis eager to take up arms again, Abdelaziz managed to keep the fight for self-determination peaceful.

Refugee Tekber Ahmed Elgaid first met him in Boujdour 20 years ago when she was just 9 years old. “I never thought of him as a president. He always acted normal and simple," she told Al-Monitor. The last time Elgaid met him was when he was re-elected to the congress in February. “He always treated me the same, never changed his smile," she added.

During Abdelaziz's leadership, the Polisario Front achieved what is known as a state within another. In the harsh desert area around Tindouf, the front established an administrative center for the refugee camps in what is known as Rabuni, where the front operates more than 13 ministries. The camps have legal and court systems.

Said Al Jafri, who lives in the El Aaiun camp, works as a broadcaster for Sahrawi national radio. He told Al-Monitor how much he admired Abdelaziz. “I consider him a revolutionary hero who sacrificed his whole life for an independent Sahrawi state," he said.

It is apparent that the deceased president has a strong support base not only in the camps, but also in the Moroccan-occupied territories of Western Sahara. Ahmed Ettanji is a human rights activist who favors an independent Western Sahara. “President Mohamed Abdelaziz was a source of inspiration, a colleague and a leader. His death was hard on us, but the Sahrawi case is a cause of [many] generations, and we will continue fighting for our right of self-determination," he told Al-Monitor.

Now there is speculation about who will succeed the independence movement's leader. Khatri Adouh, president of the Sahrawi National Council (the SADR parliament) and one of Abdelaziz's closest friends, was appointed interim Polisario Front leader. The front ordered a 40-day mourning period before an exceptional congress is held to elect the next chief, and that congress will be the first in the front's history without a presumptive winner.

Many in the camps think Brahim Ghali, the head of the Polisario's political secretariat and former SADR ambassador to Algeria, will become the front's president, though that will be determined in the upcoming election. Ghali is a member of one of the oldest diplomatic corps in Africa. The first generation is still ruling the liberation movement, but that may be changing, as a 32-year-old minister of youth and sports was recently elected.

Abdelaziz was always distinguished as being a man of consensus, but for now there seems to be no such successor. It will be a challenge for the front to duplicate the stable transition of power that took place when founder Sayad was killed by the Mauritania army. The region is mined with instability that threatens all surrounding neighbors. Algeria has contained the volatility with a strong grip.

In spite of all of these factors, activist Ettanji confidently expressed his will to pursue the fight. “Mohamed has passed away like his peer martyrs, and we will continue on their path,” he told Al-Monitor. Abdelaziz gained such loyal support by living with the Sahrawi people in a tent in the refugee camps. His house was no different than many adjacent dwellings.

Babaya Mohamed, who fought with Abdelaziz in the Western Sahara war against Morocco (1975-1991), described him as a “brave man who served the people all his life.”

The front’s loss comes at a critical time, when the people of Western Sahara wait for the restoration of the UN Mission for the Referendum in Western Sahara — known by its French acronym, MINURSO — gauging the UN’s seriousness about their plight. And with the increasing demand for action from the young generation willing to return to war, the Polisario may have to consider such a move if the UN mission fails.