One word used by UN Secretary-General Ban Ki-moon was all it took to reignite tensions over disputed territory in northwest Africa. 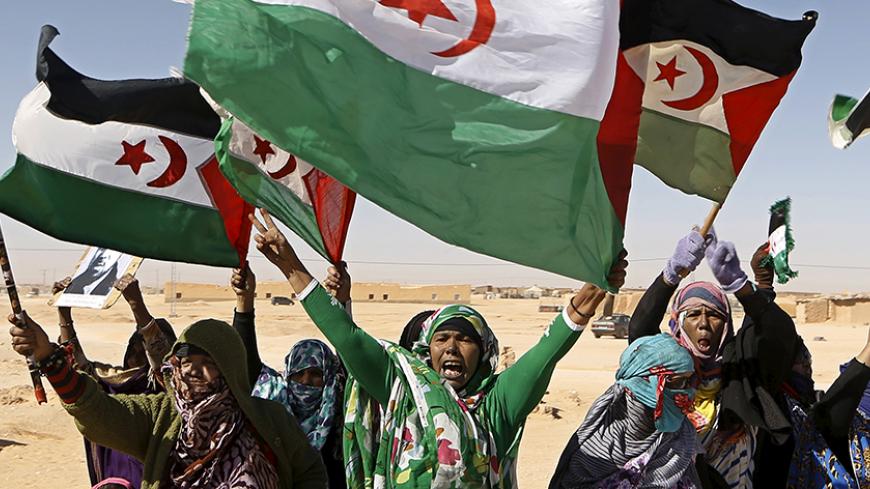 TINDOUF, Algeria — Tempers are heating up in Western Sahara. Despite a quarter-century of negotiations aimed at settling the dispute between Morocco and the indigenous Sahrawi people of Western Sahara, Moroccan authorities expelled UN personnel this week after UN Secretary-General Ban Ki-moon described the situation there as an "occupation."

A war of words threatens the 25-year cease-fire. The two rivals in the mineral-rich North African territory have been under continuous UN mediation in an effort to reach a political solution since 1991. At that time, the UN Security Council promised the Sahrawi people the right to vote on whether to be a part of Morocco or to become an independent state (the Sahrawi Arab Democratic Republic). The Sahrawis are saying that Morocco, by expelling the UN representatives, has left them with no choice but to take up arms again.

The UN Mission for the Referendum in Western Sahara — known by its French acronym, MINURSO — was assigned to organize a referendum for the Sahrawi people when Morocco and the Polisario Front (the Sahrawi independence movement) agreed on the 1991 cease-fire. The UN maintained peace, but has not found common ground for the adversaries. The Polisario Front has been calling for the vote for independence, while Morocco says that its autonomy proposal is the most it can offer.

The Sahrawi people, who live in southwest Algeria refugee camps controlled by the Polisario Front, received UN Secretary-General Ban Ki-moon on March 5. Ban expressed his desire to bring the two parties back to the negotiation table. According to Ban’s spokesman, Stephane Dujarric, the visit focused largely on the humanitarian aspects of the situation.

Ban also visited Bir Lahlu, the Polisario-controlled part of Western Sahara, and was received by Sahrawi officials. During his stay in Bir Lahlu, he described Morocco's presence as an “occupation.” Morocco’s government replied in a March 8 statement that the secretary-general's use of the word indicated he has “abandoned [his] neutrality."

A massive march was organized in Morocco’s capital, Rabat, in protest of Ban’s statement. The government claimed more than 3 million Moroccans participated in the March 13 demonstration, reportedly encouraged by leading political parties. (The Associated Press estimated attendance at 1 million.) Moroccan Foreign Minister Salaheddine Mezouar went to the UN headquarters to ask Ban for an apology on what Morocco’s regime called “verbal slippage.”

In his press briefing the day after the demonstration, Dujarric said, "The secretary‑general will be the first to acknowledge that there's been a difference of opinion on the Western Sahara issue, but he continues to believe that, after 40 years, it is important to resolve this long‑standing dispute and open the way to the return of the Sahrawi people, to refugees, to their homes. To this end, he called for genuine negotiations in good faith and without preconditions at each stop of his recent trip."

Ban expressed anger at the protest because it targeted him personally, and he asked why some Moroccan politicians participated in the demonstration.

Morocco responded by reducing its support to the MINURSO, which amounts to about $3 million. Furthermore, it demanded that 84 UN civilian staffers leave the territory. The UN Security Council convened a closed emergency meeting March 17 to discuss Western Sahara’s latest developments. However, the council could not reach a unanimous statement. According to several sources, France, Senegal, Spain and Egypt were against the condemnation of Morocco over its position toward the UN secretary-general.

The secretary-general was disappointed by the Security Council's failure to take a strong stand. “It would have been better had we received clearer words from the president of the Security Council,” Ban's spokesman said March 18. He had promised that Ban would raise the issue at a UN luncheon March 21. Yet, the luncheon did not come up with any updates except for some efforts from Spain and France to calm the tension between the secretary-general and Morocco.

The Polisario representative in New York, Bukhari Ahmed, said that if the UN withdraws its mission, "that would mean the shortest way to the resumption of war."

Amid all this tension, young Sahrawi people are playing an important part in the current peace, which was established with great difficulty following 16 years of war. Polisario leaders warn that many young Sahrawis are calling for a return to armed struggle. On the same day that UN mission members left the territory, leaders of the Polisario military met in Bir Lahlou to discuss possible responses to Morocco’s action.

Tiba Sidihaiba, 40, from Western Sahara who lives in a refugee camp called Boujdour, is roughly the same age as the conflict. He spent 11 years in Cuba studying economics and thought his country would be independent by the time he graduated.

No progress has been made for Sidihaiba to return home. He still suffers along with an estimated 160,000 Sahrawi refugees living in one of the world’s harshest environments, where the heat can reach 130 degrees Fahrenheit (54 degrees Celsius) in the summer. He lost his father during the guerrilla war that the Polisario went through for more than 14 years.

“If the MINURSO leaves, I will take [up] arms just as my father did when Morocco invaded my country, except that I am more equipped,” he told Al-Monitor.

Brahim Salem, 21, has only known life with MINURSO. The English student is being taught by American volunteers at the Smara camp. He sees Western Sahara’s independence as a fundamental part of his future. Salem now lives with his mother, who has rheumatism, and takes care of her as she is being treated in Algeria. He told Al-Monitor that there is a notion among his generation that MINURSO should organize a referendum or that young people should forge a solution themselves.

“I prefer to die for a just cause than wait for a lie for another 40 years,” Salem said.