Israel’s new foreign minister, the man without a tie

In Israel’s Foreign Ministry, diplomats hope that their new minister, former Chief of Staff Gabi Ashkenazi, can extract the ministry from the terrible budget cuts it has suffered over the past few years. 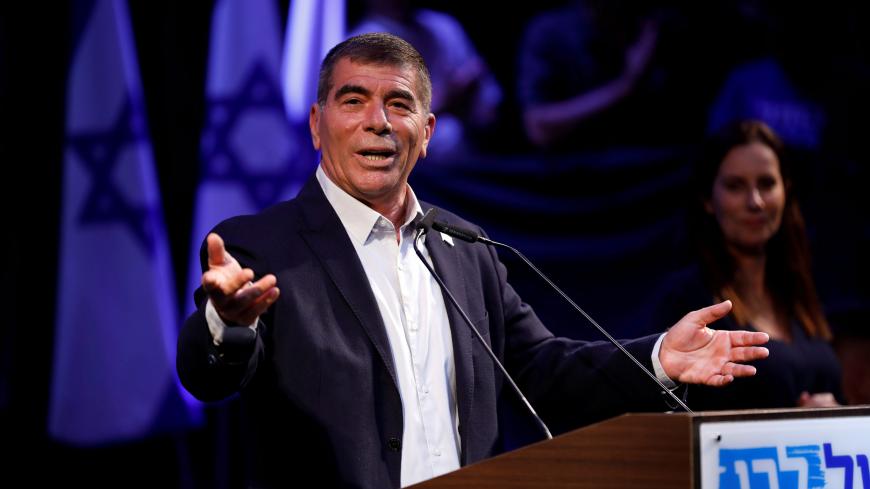 The unity agreement signed April 20 establishes the largest government in Israel’s history, with ministerial portfolios equally divided between the Likud and the Blue and White party. Blue and White head Benny Gantz will assume the double role of deputy prime minister and defense minister, while his No. 2, Gabi Ashkenazi, will receive the foreign affairs portfolio.

Israeli diplomats received the news about Ashkenazi with some apprehension. Ashkenazi has had a long and impressive career in the army, culminating with his appointment as the Israel Defense Forces chief of staff in 2007. In between, he served one year as director general of the Defense Ministry, under then-Defense Minister Amir Peretz.

With the new government soon to be formally established, a position of defense minister, public security minister or intelligence minister might have been more to his liking. Evidently, in Israeli politics, liking is not a consideration. Joining a party with two ex-generals (Gantz and Moshe Ya’alon), Ashkenazi must have known from the beginning that the road to the top security positions in Israel could be blocked.

Ashkenazi describes himself on Twitter as a "proud Golani-division soldier, chair of the security and foreign affairs committee, Blue and White Knesset member." People who know him describe him as a "grassroots person," whose strengths come from the field, but also as an ambitious politician who knows what he wants. They say that after retiring from the army, Ashkenazi was ready for politics, but only if he could reach the top.

Had Blue and White not split, Ashkenazi might have found himself in a different position. Yesh Atid leader Yair Lapid, the No. 2 at Blue and White until the breakup, had accumulated considerable experience in the field of Israel’s international relations. As a former journalist, he knows about public diplomacy, and he worked hard to turn himself into a statesman with ties across the globe, including in American politics and among the Jewish diaspora. Ashkenazi is in a different place, though he is well connected to the US defense leadership.

​On March 30, after the dismantlement of the Blue and White over Gantz making way for a Benjamin Netanyahu-led unity government, Lapid made an indirect jab at Ashkenazi, tweeting, "I won’t give up my values only to become a Zoom-like foreign minister."

Ashkenazi’s appointment as Israel’s top diplomat might be surprising, but there are those in his future ministry who welcome his arrival.

"The ministry has reached rock bottom in recent years as far as budget cuts and image are concerned," said a senior diplomat in Jerusalem, speaking on condition of anonymity. "Netanyahu has taken over Israel’s foreign relations, emptying the ministry of all and every imaginable responsibility. Ashkenazi wants to go places, so maybe he’ll fight to turn things around."

Another senior Israeli diplomat told Al-Monitor that the coronavirus crisis had highlighted the important role of Israeli missions abroad: "The tremendous success of our diplomats bringing Israeli tourists back home despite lockdowns across the globe and despite much of the international flights at a halt, has perhaps reminded the public why Israel still needs its Foreign Ministry. This might be the perfect timing for a new minister who is not under Netanyahu’s thumb, to make things better."