For Gabi Ashkenazi, his appointment as Israel’s new foreign minister is just the first step in his expected political soar. 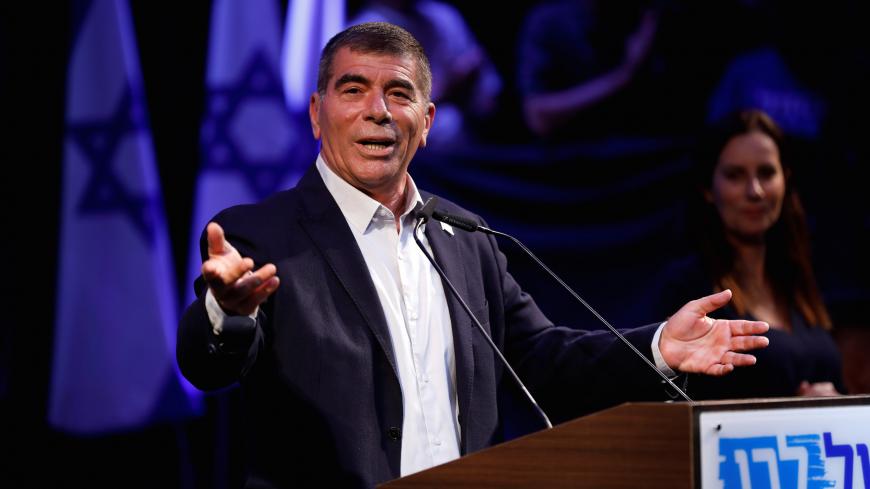 In December 2012, a few days after the UN General Assembly made history by recognizing Palestine as a nonmember observer state, Israel’s former military Chief Lt. Gen. (Res.) Gabi Ashkenazi discussed the development with participants of the annual Israel Business Conference. While Prime Minister Benjamin Netanyahu was calling the move insignificant and lashing out at Palestinian President Mahmoud Abbas, Ashkenazi presented a different view.

“I believe we need a Jewish and democratic state for the Jewish people, and if we want to preserve that we must separate from the Palestinians. And if there is no partner, Israel must declare the borders of its Jewish home and operate accordingly,” Ashkenazi said in his widely reported remarks.

Ashkenazi, who a year earlier had ended a four-year term as the chief-of-staff of the Israel Defense Forces (IDF), was considered at the time as the great leadership hope of the Labor party, explaining the interest in his views. In those days, his popularity ratings were high — far higher than those of Netanyahu were. He was also considered a protege of then-President Shimon Peres, who tried to talk him into taking the plunge into political life. Peres believed in Ashkenazi’s prospects of taking over the Labor leadership and subsequently the reins of government.

Peres greatly appreciated the views of the former top soldier, which dovetailed with the two-state idea that Peres had advanced a decade earlier with Prime Minister Yitzhak Rabin. He was also a great fan of Ashkenazi’s performance as the chief-of-staff who rehabilitated the IDF after the 2006 Second Lebanon War. Peres saw in Ashkenazi the embodiment of his dreams — a defense hawk and diplomatic dove. In their many conversations while Ashkenazi was still in uniform, Ashkenazi advocated for indirect negotiations with the Palestinians, as well as painful territorial concessions for Israel.

Almost a decade after taking off his uniform, Ashkenazi, now 66, once the great promise of the political center-left, finds himself in the role of foreign minister in Netanyahu’s fifth government rushing to annex West Bank settlements.

To get where he is, Ashkenazi, along with his IDF successor and now partner in the leadership of the Blue and White party Benny Gantz violated a pledge to voters to stay out of a government led by an indicted prime minister. As foreign minister, he will now have to maneuver between his vision of separating from the Palestinians and Netanyahu’s annexation agenda.

On May 19, a day after the government was sworn in, Netanyahu and Ashkenazi met for their first working session. The two agreed to continue meeting and to discuss current diplomatic challenges and opportunities, according to a communique issued by the prime minister’s office. Obviously, the biggest challenge on the table right now is the Trump plan for Israeli-Palestinian peace, Netanyahu’s efforts to impose Israeli sovereignty in West Bank lands and the warnings by Abbas and Jordan's King Abdullah of the consequences.

Anyone who expected Ashkenazi to issue militant warnings against unilateral Israeli annexation moves found instead that Israel’s new top diplomat had opted for a measured response and a lower profile regarding declarations about peace with the Palestinians and his commitment to negotiations. At this stage, at least, he is toeing Netanyahu’s line and treading cautiously. At the May 18 ceremony marking his takeover of the foreign minister’s position, he described US President Donald Trump’s plan as a significant regional opportunity and a “significant milestone.” “President Trump has presented us with a historic opportunity to shape the future of the State of Israel and its boundaries for decades to come. The plan will be advanced responsibly, in full coordination with the United States and maintaining all of the State of Israel’s peace agreements and strategic interests," Ashkenazi said. Netanyahu would have signed off on every word.

We are unlikely to see a clash within the power-sharing, unity government anytime soon over Netanyahu’s annexation efforts. Gantz and Ashkenazi are not keen for a political crisis or for another election and they will not go behind Netanyahu’s back to jettison his agenda.

Nor does this duo appear overly concerned about center-left activists denouncing them as traitors to the cause of unseating Netanyahu. They seem quite comfortable in their new perches, even appearing to knowingly court the political center-right. Some in Netanyahu’s Likud even view Ashkenazi as a potential party leader in the post-Netanyahu era.

Indeed, Likud supporters have always had a weakness for Ashkenazi dating back to his days as IDF chief. His rough militaristic edges, natural leadership charisma and strong public appeal are just the stuff of which Likud stars are made.

However, Ashkenazi’s popularity appears a greater threat to his Blue and White party chair Gantz than to Netanyahu. Ashkenazi clearly went into politics with his eye on the premiership. It is also no secret that he was not overly impressed with Gantz’s leadership skills from their decades of military service side by side. During the election campaign in early 2019, the first of three in one year, a television interviewer asked Ashkenazi whether Gantz was a fitting choice to serve as prime minister. Ashkenazi answered that he would "have a hand on the steering wheel." His response angered Gantz, but he did not pursue the matter.

Ashkenazi has for years been built up in the public view and the media as a sure contender for the premiership, whereas Gantz was never considered particularly suited to political life. The past 18 months, however, have signaled a turnaround. From one election campaign to the other, Gantz fortified and protected his leadership position in the eyes of the public. When the leader of Blue and White repeatedly failed to compose a majority government, discrete assessments started circulating about Ashkenazi demanding Gantz to step aside and hand him over the reins. But this did not happen. Gantz held firm.

More so. Ashkenazi found himself the driving force behind the unity government move and the dismantling of the partnership with Yesh Atid party chair Yair Lapid. It was Ashkenazi, as Gantz’s second in command, that cajoled Gantz through long weeks of tense negotiations with Netanyahu, providing the necessary impetus to cement the deal.

Their relationship seems sound, although Gantz and his associates are well aware of the foreign minister’s political ambitions, making future tensions between them inevitable.

Ashkenazi does not intend to be a puppet foreign minister with Netanyahu pulling his strings. Just the opposite. He views his new position as a springboard, a warmup to his term as defense minister in 18 months as stipulated in the rotation agreement with Netanyahu. He will soon visit the United States, where he is a familiar figure in the halls of the Pentagon and White House. As IDF chief he frequently visited Washington. When tensions rose between President Barack Obama and Netanyahu over Israeli plans to attack Iran’s nuclear facilities, Ashkenazi was a key figure in security coordination.

Ashkenazi brings his contacts and international appeal to his new job. He is also expected to be appointed, along with Gantz, to the small defense-diplomacy Cabinet forum Netanyahu intends to form given the unwieldy size of the new government. As far as Ashkenazi is concerned, his political star has now begun its ascent.