Iraq's Prime Minister-designate Adnan al-Zurfi is on the verge of losing his nomination while simultaneously trying to appease the United States and Iran in his Cabinet formation. 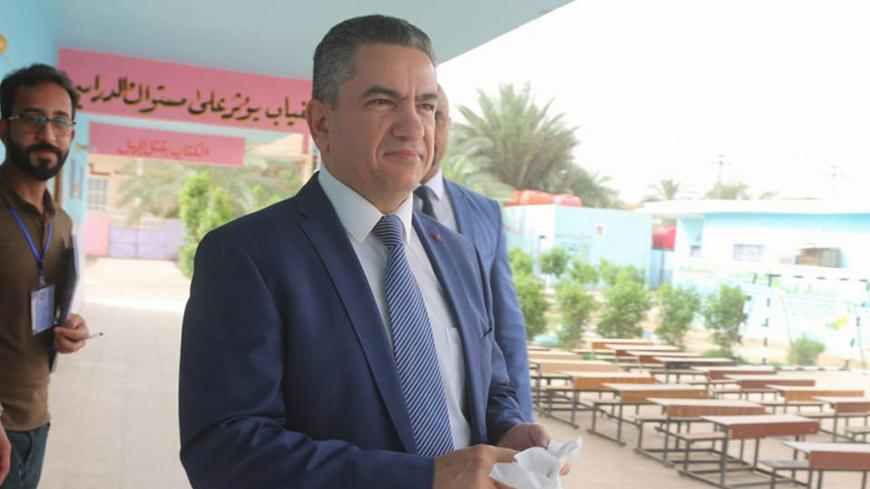 BAGHDAD — As the deadline approaches for Iraqi Prime Minister-designate Adnan al-Zurfi to form his government, he continues to meet with different parties to gain the support of the United States and Iran and ensure parliamentary approval of his government.

Since the fall of Saddam Hussein, all Iraqi prime ministers have needed the approval of two rival powers — the United States and Iran — to form a government.

Zurfi has 30 days from the date of his appointment as prime minister (March 17) to form a government and obtain parliamentary approval for that government, otherwise another candidate will take his place.

On March 31, the commander of Iran’s Quds Force, Esmail Ghaani, visited Iraq to meet with Shiite leaders regarding Zurfi.

According to a senior source in Hadi al-Amiri's office, Ghaani met with Iraq's four principal Shiite leaders: Amiri, of the Fatah Alliance; Ammar al-Hakim of the National Wisdom Movement; Nouri al-Maliki of the State of Law coalition; and Muqtada al-Sadr of the Sairoon Alliance, which is the largest parliamentary bloc.

Ghaani stated during his meetings that Iran’s new policy is to avoid interfering in Iraq’s internal affairs. However, it is important to Iran that Iraqi Shiites agree on a prime minister. So far, the Fatah Alliance, which is affiliated with the Popular Mobilization Units (PMU), and State of Law have objected to Zurfi's candidacy and demanded his withdrawal.

Ghaani said that Iran opposes any candidate who is critical of Iran, which according to the source, was a reference to Zurfi. Despite Tehran's insistence that it is not interfering in the process, Iran and its allies are making it clear that they don't support Zurfi.

In an interview with state-owned al-Iraqiya TV in May 2019, Zurfi said, "Iraq must adjust its policies with the new US administration," adding that “Iraq’s blindfolded standing with Iran has no benefits for the two countries.”

Regarding Iran's help in fighting the Islamic State (IS), he said that Iran was actually serving "its own interests in preventing [IS] from reaching its borders."

Zurfi has supported the demands of anti-government protesters and criticized Iran-backed militias for attacking and intimidating the protesters. Zurfi also opposed a parliamentary vote to expel US troops following the assassination of Quds Force leader Qasem Soleimani, despite the insistence of the PMU and Iran to expel US troops from Iraq.

Yet Zurfi is now attempting to appeal to Iran, seeking its support for his Cabinet.

​On March 29, Zurfi tweeted, “The international community should help [Iran] by lifting or easing the sanctions and providing medical treatments for this [coronavirus pandemic].” He emphasized the close ties between Iraq and Iran, stating that “Iraq is a close neighbor to the Islamic Republic of Iran.”

He said that he will prioritize de-escalating US-Iran tensions as "the conflict between the United States and the Islamic Republic of Iran has negative repercussions on the political, economical and security situation in Iraq.”

Despite his previous criticisms of the PMU, Zurfi tweeted that the PMU "is an Iraqi military institution established to fight terrorism and save Iraq,” reminding his opponents in the PMU that “we contributed to writing the law and voted for the PMU and allocated a sufficient budget for it in the Finance Committee."

​Zurfi has also approached the United States to gain its support for his Cabinet. He met with ambassadors of the UN Security Council March 26 in Iraq, including US Ambassador Matthew Tueller, to discuss the current Iraqi security and political situation.

​Zurfi also met with EU ambassadors March 28 to discuss the coronavirus pandemic in an attempt to gain international support for his government.

Donald Trump administration appears supportive of Zurfi’s nomination, but he has yet to receive any response from Tehran, despite all his appeasement efforts.

US Assistant Secretary of State David Schenker said March 19, regarding Zurfi's ​nomination, "We are hoping that pro-Iran parties — that is, Iran and its ally — do not move to scuttle the nomination."​ Schenker added at another briefing that the United States is "focused on principles, not individuals," so as to not be seen as interfering in a heavy-handed way.

It's a challenge to secure both the support of Washington and Tehran, because their central goal is to negate the other's influence. On certain issues of dispute between the United States and Iran, Zurfi could take a diplomatic stance, such as on US sanctions on Iran. Yet on other issues he would not be able to satisfy the two sides with one stance, such as the PMU's attacks on US bases and subsequent US retaliation.​

In fact, Zurfi’s silence on the above issue is one reason why Iran is hesitant to support him because he might seek to curb the ambitions of Iranian militias in Iraq.

Under such circumstances, it will be difficult for Zurfi to successfully form a government. Iran's political influence, not only among the Shiites but the Sunnis and the Kurds, will pose a challenge to Zurfi's government formation; the Sunnis and Kurds will not vote for a prime minister whom the Shiites and Iranians do not accept. 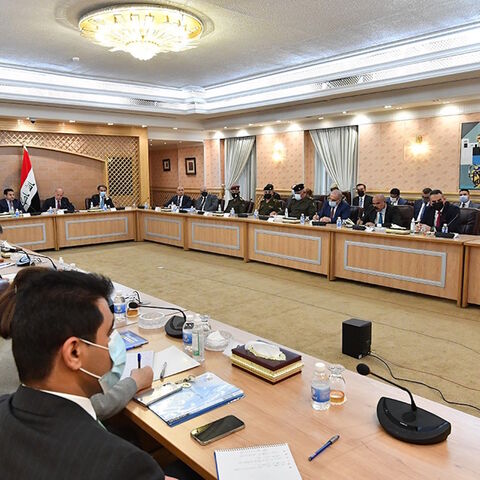 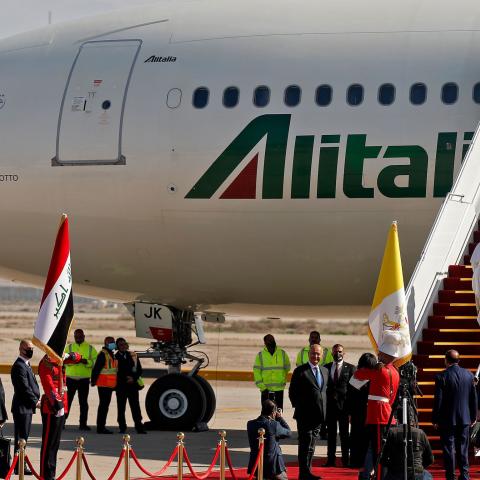 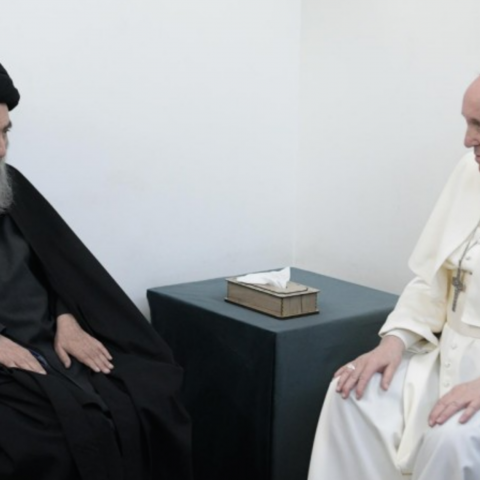