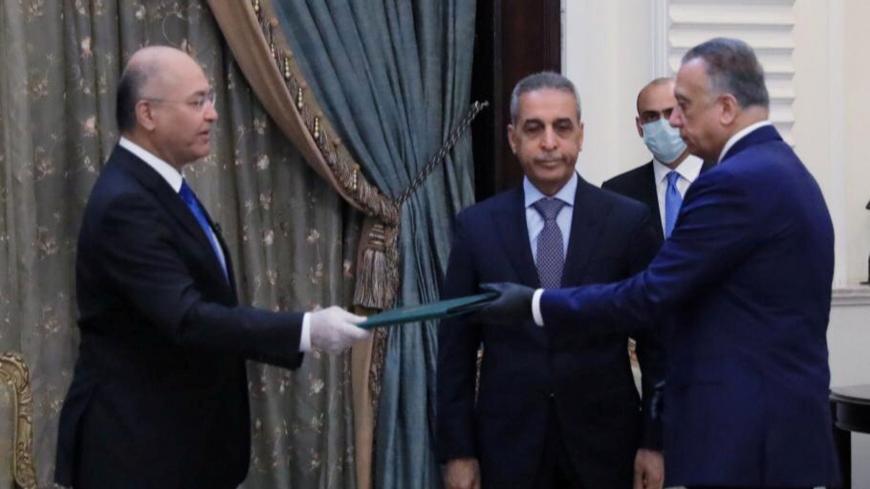 With the appointment of intelligence chief Mustafa al-Kadhimi as Iraq's new prime minister-designate, Iraq’s President Barham Salih is attempting for the third time this year to end a months-long political deadlock.

Kadhimi is the latest candidate tasked with forming a government after Adnan al-Zurfi, unable to obtain support among Iraq's political parties, withdrew his bid Thursday morning.

"This decision will not stop me from serving the public through my current parliamentary position. I will continue to work and prepare the country for the upcoming early elections and other challenges," Zurfi said on Twitter.

Already facing resistance from Shiite blocs who labeled him a "candidate of the CIA,” Zurfi’s candidacy was dealt a major blow when the parliament’s main Kurdish and Sunni parties pulled their support for the former Najaf governor this week.

The 53-year-old Kadhimi now has 30 days to assemble a cabinet subject to approval by Iraq’s highly fractured parliament. The fact that nearly all Iraq’s political bloc leaders were present at his nomination ceremony suggests that Kadhimi's candidacy has a greater chance of success than the two previous appointees. Kadhimi himself is unaffiliated with any political party.

Kadhimi has led the Iraqi National Intelligence Service since 2016, overseeing much of the battle against the Islamic State and his agency played a key role in the hunt for IS leader Abu Bakr al-Baghdadi. Kadhimi was also a prominent opposition figure during Saddam Hussein’s rule and also worked as an author and journalist, including as the Iraq Pulse editor for Al-Monitor.

In a tweet Thursday, the new prime minister-designate promised a new government “that radiates the aspirations and demands of the Iraqis at the top of its priorities, safeguards the sovereignty of the country, preserves rights.”

This latest attempt at forming a government in Iraq comes as the United States and Iraq prepare to meet next month to discuss the status of American troops in the country. Referring to the United States as “Iraq’s closest friend,” Secretary of State Mike Pompeo recently proposed a “strategic dialogue” with Baghdad to begin in June. The dialogue would include the continued partnership between the US-led coalition and Iraq against IS. Pompeo also warned that Iraq risked "economic collapse" as a result of falling oil prices and the impact of the COVID-19 virus.

The US-led coalition assembled to fight IS has in recent weeks pulled out of several smaller bases in Iraq in what military officials say was part of a long-planned repositioning unrelated to recent rocket attacks from Iranian-backed militias. Most recently, rockets landed near the site of the US oil company Halliburton in southern Iraq on April 6.