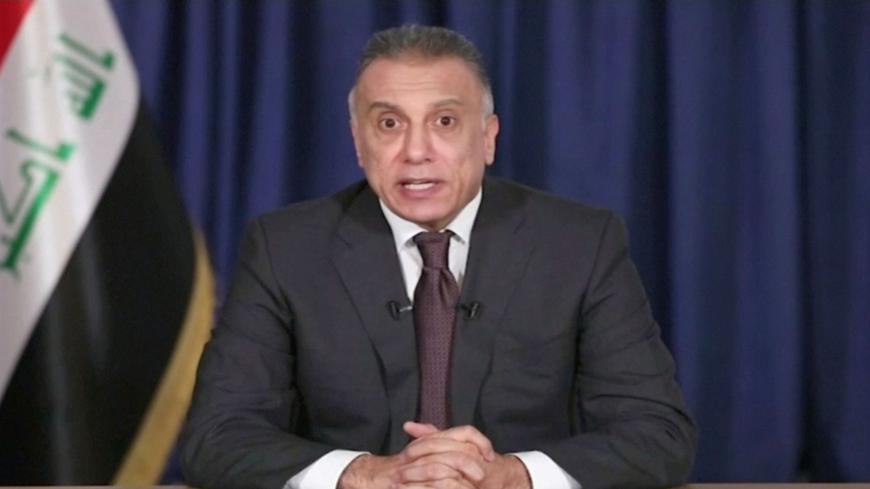 “The United States looks forward to the formation of a new Iraqi government capable of confronting the COVID-19 pandemic, ameliorating the country’s current economic distress and bringing arms under state control,” Pompeo said in a statement. “We welcome that [Shiite], Sunni and Kurdish political leaders seem to have arrived at a consensus on government formation and hope the new government puts Iraq’s interests first and meets the needs of the Iraqi people.”

Why it matters: Kadhimi is the third candidate to lead Iraq since former Prime Minister Adel Abdul Mahdi resigned last year amid mass anti-government protests targeting corruption and the lack of basic services. Kadhimi, formerly Iraq’s intelligence chief, is not affiliated with any party, and he may even currently have the support of most major Iraqi political factions.

Iran had opposed former Prime Minister-designate Adnan al-Zurfi, the former US-appointed governor of Najaf in the wake of the 2003 invasion. However, the leader of the pro-Iran Fatah bloc, Hadi al-Amiri, attended Kadhimi’s appointment ceremony in Baghdad last week after weeks of opposition to Zurfi. On Sunday, Iranian Foreign Ministry spokesman Abbas Mousavi welcomed "the consensus reached among Iraqi political groups … resulting in the designation of [Kadhimi] as the new prime minister of Iraq."

At the same time, some pro-Tehran hard-liners have already come out against Kadhimi’s appointment. Kataib Hezbollah, which is linked to Iran and has attacked and killed Americans in Iraq, issued a statement rejecting the appointment.

Kadhimi received support from the United Arab Emirates, with the Emirati Foreign Ministry issuing a statement noting Abu Dhabi’s desire that he "succeed in his duties and for political and popular forces to unite in ensuring a better future for Iraq and the Iraqi people.” An on Sunday Kadhimi received the UN special representative for Iraq, Jeanine Hennis-Plasschaert.

What’s next: Kadhimi has less than a month to assemble a Cabinet supported by the majority of Iraq’s fractured parliament. For now, he appears to have solid support across the political spectrum. There are also the Iraqi protesters, who since Oct. 1 have been demonstrating against Iraq’s political elites as they demand a government overhaul.

“The Iraqi people demand genuine reform and trustworthy leaders,” Pompeo said in his statement. “These demands deserve to be addressed without violence or suppression.”

Know more: Keep up to date with the latest developments on Al-Monitor’s Iraq Pulse. And click here to learn more about Kadhimi’s background.