In today’s Iranian media roundup, officials and news outlets have reacted to the appointment of Iraq’s new Prime Minister Mustafa al-Kadhimi with praise and expressions of confidence. 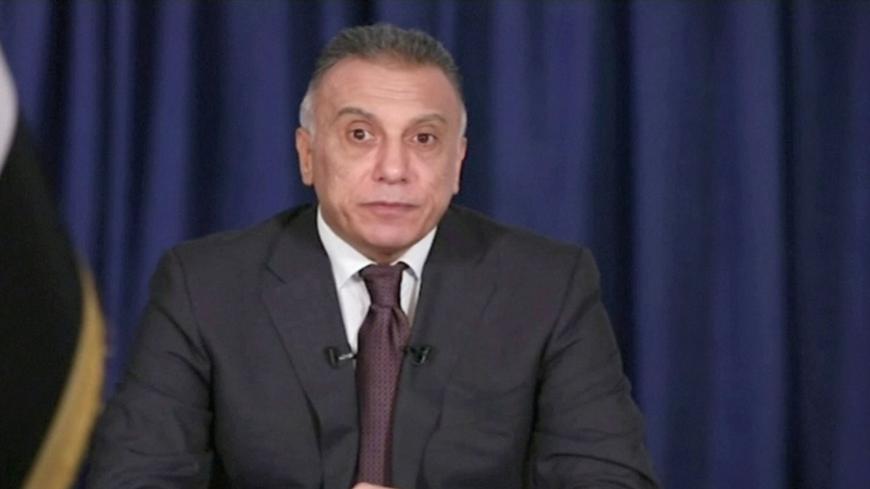 Iranian officials have welcomed the appointment of Mustafa al-Kadhimi as the new prime minister-designate of Iraq. Abbas Mousavi, spokesman for Iran’s Foreign Ministry, said the Islamic Republic of Iran “welcomes the agreement between all of Iraq’s political parties to introduce Khadhimi as the prime minister and sees it as the correct path and step.” Iran’s ambassador to Iraq, Iraj Masjedi, tweeted a similar sentiment, saying that Iran will support whoever is selected by Iraq’s parliament.

Kadhimi, the head of Iraq’s National Intelligence Service, is the third Iraqi prime minister asked to form a cabinet after Adel Abdul Mahdi resigned in December due to anti-government protests. The previous candidate, Adnan al-Zurfi, withdrew after failing to create a cabinet, citing “domestic and foreign issues.”

Gen. Ismail Ghaani, the commander of the Islamic Revolutionary Guard Corps' Quds Force, was in Iraq before Kadhimi’s nomination. According to Iraqi parliamentarian Hossein Fadaam, who belongs to the political bloc led by Ammar al-Hakim and enjoys close relations with Iran, Ghaani told Iraqi officials in his meetings that Iran “will not interfere in Iraq’s domestic affairs or in choosing a prime minister.” Fadaam’s comments to an Iraqi television station were reprinted by a number of Iranian media outlets.

Ghaani's statement, however, can be construed as an admission that what happens to Iraq is very important for Iran. Iran and Iraq share not only a long border, but also deep religious and cultural ties. Furthermore, since the US invasion of 2003, Iran’s primary focus has been to expand its influence in the country and prevent the formation of a hostile government such as that of former Iraqi President Saddam Hussein, who in invaded Iran, leading to an 8-year war and costing hundreds of thousands of lives.

The Tasnim News Agency predicted that Kadhimi will be successful in forming a cabinet within the mandated 30 days, given that a number of representatives of Iraq’s largest blocs were present at his introduction ceremony, something the two previous prime minister candidates did not have. Its article also stated that Kadhimi appears to have the support of Kurdish and Sunni blocs as well.

Mehr News Agency reported, “Some believe that Kadhimi can help decrease tensions between the US and Iran” coming from such a sensitive position as director of national intelligence. However, the article stated that some in Iraq have accused Kadhimi of “not fulfilling his duties” when the United States assassinated Quds Force commander Qasem Soleimani and Popular Mobilization Units deputy chief Abu Mahdi al-Muhandis in Baghdad. Kadhimi says he was not informed and had no knowledge of the decision.

The article stated that Kadhimi “knows how to be a friend to two sides who do not have a relationship with one another,” explaining that Kadhimi had accompanied former Prime Minister Haider al-Abadi to Saudi Arabia and greeted Saudi officials warmly. He is also well aware of the “cultural and religious ties between Iran and Iraq and Iran’s help in Iraq getting through a crisis.”

According to Iran’s former ambassador to Iraq, Hassan Danaeifar, Kadhimi has many challenges ahead of him, including the price of oil, the novel coronavirus and US demands about keeping troops stationed in the country after the parliament’s vote to have them removed.