The State Department said Iraq is not doing its part to protect US and coalition forces in the country. 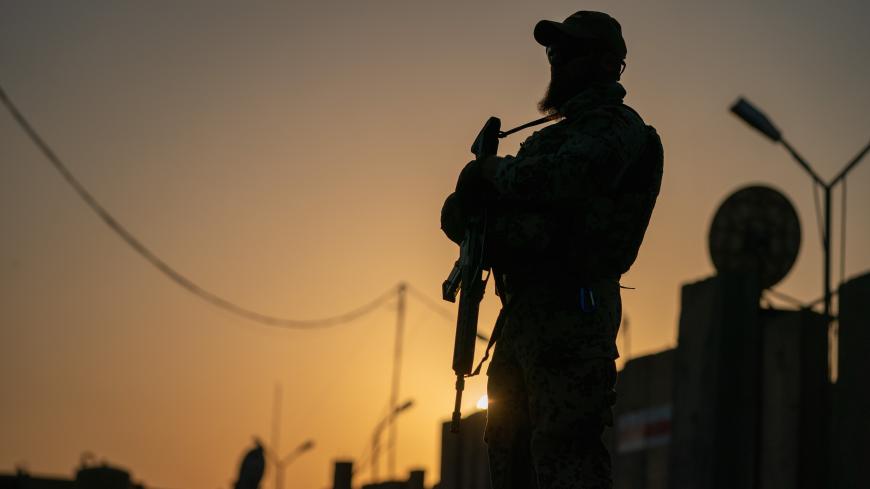 A soldier of the German army is standing at dusk with his weapon on the verge of the German defense minister's visit to the international military camp Camp Taji, Aug. 20, 2019. - Michael Kappeler/picture alliance via Getty Images

WASHINGTON — A week after a rocket attack killed three coalition personnel in Iraq, the State Department said today it was disappointed with the Iraqi caretaker government's performance in protecting US and coalition troops in Iraq. If the Iraqi government does not do a better job of protecting coalition forces, the United States will be forced to take actions to protect its personnel, a US official warned.

“The Iraqi government is at a decision point,” Assistant Secretary of State for Near Eastern Affairs David Schenker told journalists on a State Department call today. “If it doesn’t take steps to hold accountable those responsible for the attacks on coalition forces, which are there at the invitation of the Iraqi government, the US will be forced to continue to protect our forces proactively.”

“It is no secret that we have been enormously disappointed with the performance of the government of Iraq in protecting American and coalition forces, which are in Iraq at the invitation of the Iraqi government,” Schenker said. “That remains a point of contention.”

“We have been told by the government of Iraq that they will investigate thoroughly and bring to justice those individuals responsible for the most recent attacks,” he continued. “And they did in fact do some operations to arrest people. But I think the proof is in the pudding. We have heard this before from the government of Iraq.”

The top US diplomat on the Middle East said the United States was not focused on individuals, but principles with regard to Iraqi Prime Minister-designate Adnan al-Zurfi, 54, the former governor of Najaf. The United States hopes that Iraq’s leaders stand up for Iraqi sovereignty against Iranian meddling, fight corruption, bring accountability to those who have killed over 600 Iraqi protesters and deliver public services, he said.

“We are looking for a government of Iraq that will … be interested in putting Iraq first, in demonstrating that they are Iraqi patriots, and wanting to have Iraq be a sovereign nation rather than a vassal state of Iran,” Schenker said.

Schenker rejected a characterization that the new Iraqi prime minister-designate might be perceived as Washington-backed. Zurfi was first appointed to be the governor of the holy Shiite city of Najaf in 2005 by the US-led Coalition Provisional Authority, which governed Iraq after the US invasion of Iraq.

“We are not Iran: We are not meddling in Iraqi internal politics,” Schenker continued. “We are dealing with the situation in a very principled way.”

Zurfi is independent, but shares the US goal of reducing Iran’s influence in Iraq, said Abbas Kadhim, director of the Iraq program at the Atlantic Council.

“I would not characterize Mr. Zurfi as America’s candidate,” Kadhim told Al-Monitor. “But he has positions he independently adopted that fall in line with US preferences in Iraq: curbing Iranian influence, dissolving armed nonstate actors, and a general secular attitude to governance.”