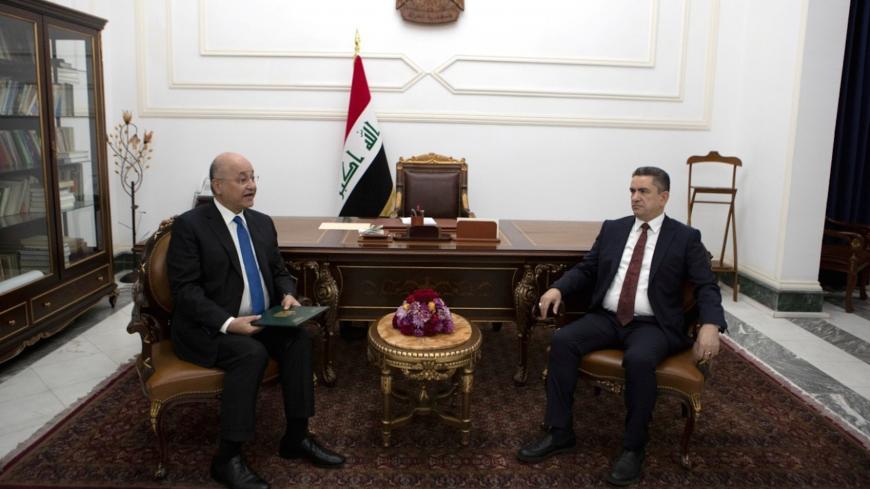 Iraqi President Barham Salih designated a former governor of Najaf, Adnan al-Zurfi, for the prime minister's post March 17. He has 30 days to form his Cabinet and get approval from the parliament.

Salih designated Zurfi after the two largest parliamentary blocs failed to nominate a new candidate for the position this month. After the March 16 deadline for nominating a candidate passed, Salih could name any candidate without having to discuss it with the largest blocs (and this was confirmed by the Iraqi federal court March 16). Salih then nominated Zurfi, who was supported by several Shiite blocs in addition to Sunni and Kurdish ones.

He was sentenced to life imprisonment when Saddam Hussein's Baath party ruled Iraq, but escaped from Abu Ghraib prison in 1991 after the Shiite uprising against Saddam. He went to Saudi Arabia after the uprising was brutally suppressed. He then moved to the United States, where he received his second citizenship. Zurfi returned to Iraq with the US forces in 2003 and rejoined the Dawa Party and became a member of parliament and governor of Najaf. In the 2018 elections, he joined the Nasr coalition.

Zurfi had a significant role in fighting Muqtada al-Sadr's Mahdi Army when it started a rebellion against US troops in 2004. Zurfi has maintained a good relationship with the United States since he was appointed as governor of Najaf in 2004 by Paul Bremer, the head of the Coalition Provisional Authority, which provided a provisional government in Iraq following Saddam's 2003 ouster.

Zurfi has supported the anti-government demonstrations in Iraq that started in October, and was even accused of being involved in burning the Iranian Consulate in Najaf during the protests.

Soon after his designation, the Fatah bloc associated with Iran-backed Popular Mobilization Units condemned Salih's move, saying it went against the constitution and promising to work to prevent Zurfi from winning a confidence vote in parliament.

Hassan Salim, the head of the Sadiqoun bloc associated with Asaib Ahl al-Haq, called Zurfi the Joker and his designation a betrayal of PMU fighters who have been killed. Iran-backed militias in Iraq have been accusing the anti-government protests of being part of a US scheme against them led by pro-US figures whom the militias ridicule as jokers.

Sadr’s Sairoon bloc has been silent about Zurfi's nomination, but could become supportive if the bloc is asked to participate in the new government.

Zurfi's government, if it gets approved by parliament, would be in charge of organizing early elections and leading the country to what is hoped to be a new and stable government. Zurfi would face four main issues: 1) the coronavirus crisis, 2) the country's economic downturn, caused in large part by the oil price drop, 3) the increasing tension between the United States and Iran in Iraq and 4) the protesters, who have already started expressing their objection to his nomination in Baghdad and Najaf.