President Donald Trump took to Twitter on Wednesday to warn Iran against further attacks on US forces in Iraq — the same day that Iraqi officials told the Associated Press that the new head of the Quds Force had recently visited Baghdad. 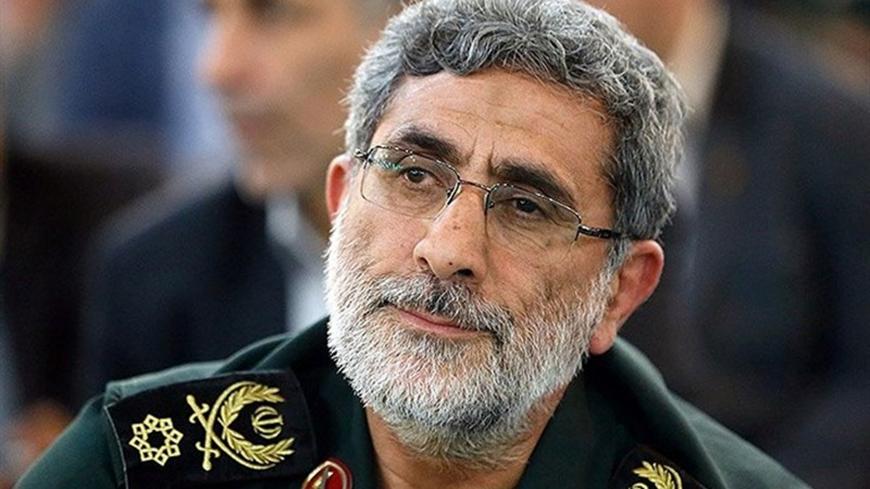 President Donald Trump took to Twitter on Wednesday to warn Iran against further attacks on US forces in Iraq — the same day that Iraqi officials told the Associated Press that the new head of the Quds Force had recently visited Baghdad.

“Upon information and belief, Iran or its proxies are planning a sneak attack on U.S. troops and/or assets in Iraq,” Trump tweeted. “If this happens, Iran will pay a very heavy price, indeed!”

“Unlike the US — which surreptitiously lies, cheats & assassinates, Iran only acts in self-defense,” Zarif tweeted.

Why it matters:  Trump’s tweet came the same week that Soleimani’s successor, Brig. Gen. Esmail Ghaani, visited Baghdad in a bid to unite Iraq’s divided political factions as they struggle to form a new government. Some Iraqi officials told the Associated Press that Ghaani opposes Prime Minister-designate Adnan al-Zurfi, whom the United States appointed as the governor of Najaf in 2004 following the invasion of Iraq.

Shortly after Trump’s remarks on Wednesday, the Wall Street Journal quoted US intelligence officials as warning of “something brewing and developing pretty seriously.”

Trump’s explicit warning also marked a drastic departure from his handling of the rocket attack that killed one British and two US troops stationed in Iraq last month. The president responded to the attack by bombing weapons depots owned by the Iran-backed Iraqi militia Kataib Hezbollah. But when a reporter asked Secretary of State Mike Pompeo whether the United States held Iran responsible for the deaths of the soldiers at a White House briefing last month, Trump interjected to say, “Maybe we shouldn’t answer that.”

“It is important to note that repeated attacks on Iraqi bases, which violate Iraqi sovereignty, have killed and injured Iraqi, coalition and US service members,” a Pentagon spokesperson told Al-Monitor.

Both countries are also struggling to contain the coronavirus pandemic. The United States has the most COVID-19 cases in the world and Iran has the seventh most cases.

Know more:  Hassan Ali Ahmed details Zurfi’s struggle to win Iranian support in his bid to form a new Iraqi government. And Elizabeth Hagedorn has the backstory on the transfer of US troops to larger bases in Iraq.