Intel: US, Iraq to meet on American troop presence

Secretary of State Mike Pompeo announced today that the United States and Iraq will convene next month to hammer out several thorny issues, including the status of US troops who remain stationed in Iraq. 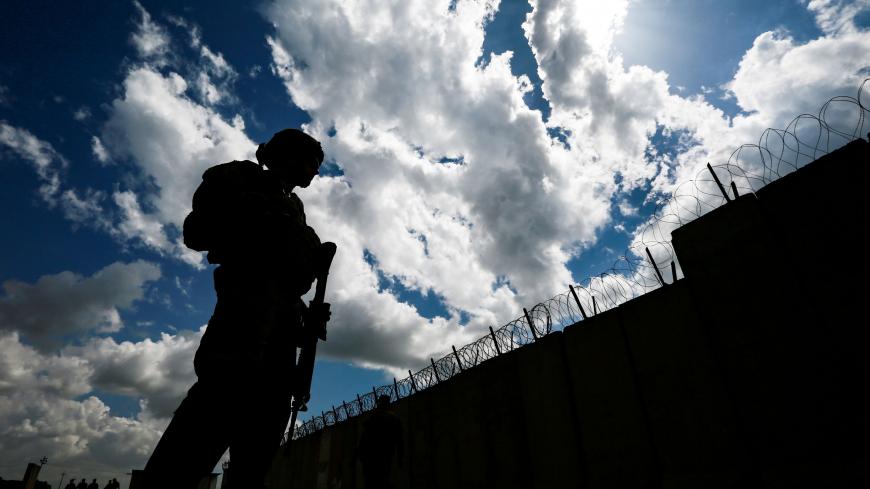 A US soldier stands guard at the K1 air base during its handover ceremony, near Kirkuk, northern Iraq, March 29, 2020. - Ameer Al Mohammedaw/picture alliance via Getty Images

Secretary of State Mike Pompeo announced today that the United States and Iraq will convene next month to hammer out several thorny issues, including the status of US troops who remain stationed in Iraq.

“As a force for good in the nation and as [Iraq’s] closest friend, the United States has proposed a strategic dialogue with the government of Iraq to be held in the middle of June,” Pompeo told reporters at the State Department. “With the global COVID-19 pandemic raging and plummeting oil revenues threatening an Iraqi economic collapse, it’s important that our two governments work together to stop any reversals of the gains we’ve made in our efforts to defeat [the Islamic State] and stabilize the country.”

Pompeo noted that Undersecretary of State for Political Affairs David Hale will lead the US delegation to discuss “the future presence of United States forces in that country."

Why it matters: The Iraqi parliament voted to kick out US forces in January following President Donald Trump’s assassination of Iranian Maj. Gen. Qasem Soleimani. However, most Sunni and Kurdish parliamentarians boycotted the vote, which was nonbinding and took place under the auspices of a caretaker government.

The Soleimani strike accelerated Iraq’s status as ground zero in the feud between the United States and Iran. Iran’s proxy militias such as Kataib Hezbollah has since launched several attacks on US forces stationed in Iraq, and the United States has in turn bombed the militia. Several rockets landed near a site maintained by the US oil company Halliburton on Monday, and the Saudi-Russian oil price war has joined forces with the coronavirus pandemic to exacerbate Iraq’s economic crisis.

What’s next: In the middle of all this, Baghdad continues to struggle with forming a government as protests continue against the Iraqi political elite in the capital despite a coronavirus curfew. Iran opposes Prime Minister-designate Adnan al-Zurfi, the former US-appointed governor of Najaf in the wake of the American invasion. A group of Iran-backed militias have vowed to increase attacks against US interests in Iraq, deriding Zurfi as a “US intelligence candidate.”

Know more: Hassan Ali Ahmed has the inside scoop on how Iranian Quds Force commander Esmail Ghaani visited Baghdad last week to unite Shiite parliamentarians against Zurfi — only to have it blow up in his face. Both Grand Ayatollah Ali al-Sistani and Shiite cleric Muqtada al-Sadr refused to meet him, and the trip may have even bolstered support for Zurfi’s proposed government.