Iran is struggling to restart its economy in the face of COVID-19, sanctions and unchecked government misconduct, yet a recent report indicates that addressing these problems could fuel economic growth by next year. 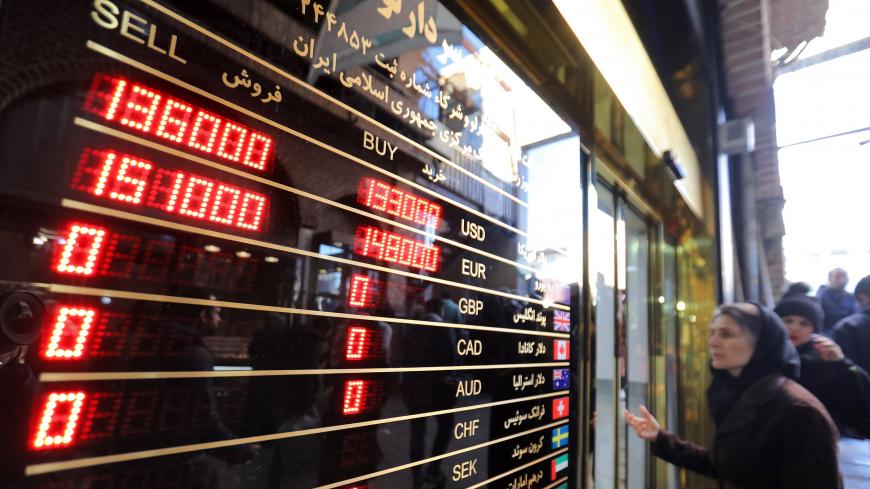 Iran is faced with very difficult choices in its current struggle to contain the health and economic fallout from COVID-19. There’s no doubt that unemployment remains the government’s key concern, and to get people back to work, authorities are prepared to accept public health risks. In fact, to underline the dimensions of the challenge, on April 11 government spokesman Ali Rabiei stated that a long-term lockdown would leave 4 million Iranians unemployed.

That explains why some economic activities are starting up again, despite warnings that a second wave of infections could be expected.

Though returning the economy to a degree of normalcy is a top priority, the government is only one stakeholder in Iran’s complex political and economic structures, which adds to the current pandemic-related unpredictability. Other stakeholders, especially major power centers with economic interests — the Islamic Revolutionary Guard Corps, the military, semi-state institutions and clerical organizations, for example — and the private sector also play important roles in reviving the economy.

The latest International Monetary Fund (IMF) report on Iran confirms the economy’s negative trajectory, predicting that gross domestic product will experience a 6% decline in 2020. This follows a contraction of 4.9% in 2018 and 7.6% in 2019. While the ultimate extent of economic decline in 2020 will depend on how long the current crisis continues, the IMF does predict that the Iranian economy will experience growth of 3.1% in 2021. This forecast has surprised many people, especially considering the multiple crises Iran faces such as sanctions, COVID-19 and low oil prices. Yet it is conceivable that the economy will have the potential to grow after three years of decline and gradually restore some lost ground, especially if the current crises compel the government to introduce needed structural reforms.

There are signs that some reforms are being considered. The Parliament (Majles) Research Center has published a study that assesses overall economic developments and introduces a number of recommendations to manage the crisis. However, the question is how feasible these proposals are in light of Iran’s current challenges.

Early in the report, the authors state that all government measures have to take into account two principles: Businesses need support to sustain employment opportunities, and grants to lower-income citizens should not just focus on containing the coronavirus, but also generate steady income flow and increase demand. However, there are many limitations.

The report analyzes the pandemic’s impact on various economic sectors, capital and foreign exchange markets and, most importantly, the country’s export performance, which will suffer radically as a consequence of COVID-19 as well as the collapse of global oil prices.

Some of the report’s recommendations seem unrealistic. For example, it suggests the government should avoid blind support for selected businesses, such as preferential foreign exchange allocations, as that would only feed inflation. What the document leaves out is that corrupt networks will continue to push for preferential treatment, complicating the effort to allocate existing resources to constructive economic activity. In another section, the report recommends regulating trade flows to prevent hoarding and smuggling of key commodities and medicine. However, the authorities and state institutions themselves are responsible for much of the corruption, so who will stop the spread of malfeasance at this time of crisis?

Officials continue to pay lip service to the fight against corruption, but no tangible progress can be detected on that important front.

Other pieces of advice offered in the report are more feasible. For example, the report proposes cutting out bureaucracy from decision-making processes, allowing for quick responses to economic and structural needs. The report points to supply-chain disruptions that need special attention to ensure all needed supplies are available, especially in critical sectors such as food, pharmaceuticals and transportation. It also suggests watching supply and demand developments in the market to prevent unnecessary price fluctuations that would create additional uncertainty.

A third group of recommendations is too complex to achieve. For instance, the report calls on the Foreign Ministry to use all diplomatic instruments to restart Iran’s exports to regional markets. But the collapse of Iran’s exports to neighboring markets has been a big blow to its economy and will require comprehensive efforts to rehabilitate export levels. At the same time, some key markets, especially Iraq, are being hit with low oil prices as well as the pandemic, so it may take a while before Iran’s export performance can be revived.

One more complex recommendation is to help license and launch online commercial outlets for Iranian retailers. This approach would require not only information technology and banking infrastructure, but also a certain degree of confidence among consumers and retailers, making that goal challenging to achieve in the short term. At the same time, a successful promotion of online trade could also create jobs in distribution and support efforts to push back against growing unemployment.

The research center’s advice that the government should ease the financial burdens on businesses by allowing delayed social security payments and reducing their tax bills is wishful thinking at the current juncture, where the government itself is under enormous financial pressure because of sanctions, low oil prices and unrealized tax revenues. Though the government has embarked on an unprecedented level of privatization with an initial public offering of the shares of Shasta (the investment arm of the Social Security Organization), the additional proceeds would only cover part of the anticipated budget deficit in the current year.

Consequently, attitudes and actions by the business community will be key in turning the economy around. The Iranian Chamber of Commerce’s research center recently published the Purchasing Managers’ Index data for the final month of the Iranian year, ended March 19, which shows a 52% decline in the index, underlining the expected negative impact of the crisis on the economy. Therefore, if the government is concerned about employment, it will have to find ways to improve the outlook of Iranian businesses without risking financial collapse of the government itself. Al-Monitor offered analysis in this regard April 2, stressing the need to improve the business climate for the private sector to open up the economy to new sectors and also key new players such as the Iranian diaspora, which could be a source of both capital and technology.

One other factor that will help Iran return to a growth pattern is the country’s ability to adjust to new realities and move out of crises. For example, some of the country’s industrial capacity is likely to be revamped to produce medical equipment with the potential to capture new export markets.

In the meantime, pushing back against corrupt practices will be the main policy tool that could both improve the government’s financial position and promote private-sector activity in the foreseeable future.