While the country’s economy will certainly take a massive hit by the ongoing pandemic, Iran has shown resilience toward such crises in the past. 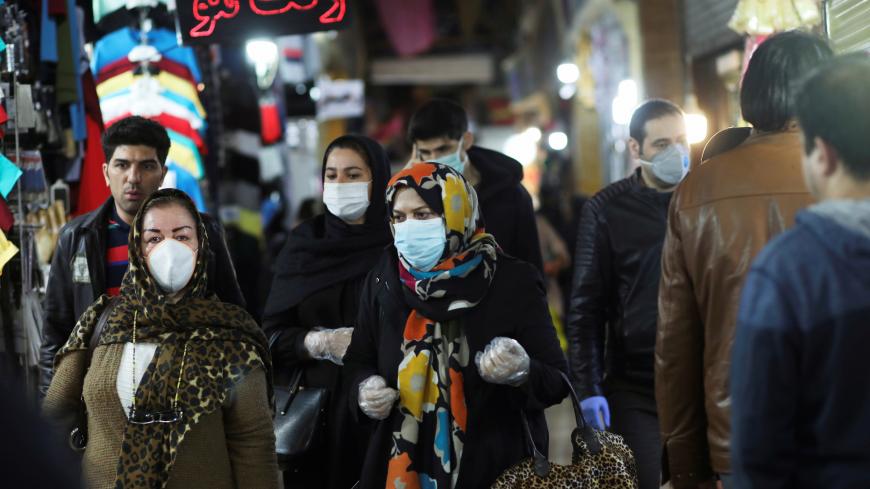 There is no doubt that the current coronavirus crisis will undermine the Iranian economy and lead to a major contraction in the country’s gross domestic product. Some early estimates project a contraction of up to 3%, though it is too early to offer a reliable assessment. The Iranian government has already announced a number of measures to support vulnerable social classes as well as businesses that will be hit hard by the current economic downturn. Yet with the government itself heavily burdened by budget deficits, external sanctions, mismanagement as well as a collapse in the global oil price — what impact will these measures have?

Evidently, the very first challenge in designing and implementing the right stimulus to Iranian businesses is the fact that the government itself is the largest economic player in the country as opposed to being the regulator of economic sectors. This means that direct stimuli such as bailouts will mainly refer to major state or semi-state companies and defeat the actual purpose.

Consequently, the focus of the government is elsewhere. It has identified a number of sectors to which some financial assistance will be offered, though the actual support remains ambiguous. According to the Central Bank of Iran, all commercial banks in the country have been instructed to extend low interest loans to the 10 business categories that are most affected by the COVID-19 virus outbreak, i.e., restaurants, shops selling dried nuts, confectionary and similar products, tour and travel agencies, hotels and hospitality firms, transportation companies, airlines, textile companies, manufacturers of leather products, sports and entertainment centers, and event organizers.

At the same time, Ebrahim Dorosti, deputy head of the Chamber of Guilds, believes that the government should not only focus on specific sectors and should offer stimuli to all businesses. Dorosti also predicts that the main economic fallout of the current crisis will be visible in three months.

In the midst of this debate, the government’s main focus is on limiting the economic impact on lower income classes. Details of the government’s measures were published on March 16, and there is no sign of easing the pressure on businesses. The key actions include:

Another plan is to increase the salaries of civil servants by 50% in the new Iranian year; ordinary civil servants are among the poorer sections of society and increasing their salary at above the inflation rate will increase their purchasing power and ability to observe measures to stop the spread of the virus.

The concentration on poverty reduction may be related to the acknowledgement that the virus is mainly hitting the poorer social classes. Indeed, the main warning came from a former economic adviser to President Hassan Rouhani, Masoud Nili, who cautioned that the poor could “become the epicenter of contracting and spreading the disease.”

It is clear from the above plans that the focus is on containing the spread of the virus as opposed to sustaining the country’s economy. In other words, COVID-19 is being treated as a public health crisis as opposed to an economic disaster.

In the meantime, the Ministry of Economic Affairs and Finance has focused its activities on operational issues such as speeding up the customs processes for items needed in the health-care sector as opposed to paying attention to the needs of businesses.

No matter which dimension the government wishes to prioritize, the core issue will be government finances. There will be a vicious cycle in the Iranian economy that will intensify, i.e., lower business activity will lead to lower tax revenues for the government that in turn will increase the budget deficit and government borrowing amplified by the additional expenses related to cash transfers. The inflationary impacts will put further pressure on the government’s financial position and on the economy as a whole.

These circumstances explain why Tehran decided to apply for a $5 billion International Monetary Fund (IMF) loan for the first time since the 1979 Islamic Revolution.

At the same time, a number of political stakeholders believe that it was a mistake to apply for an IMF loan. There are both political as well as financial aspects that make the decision controversial. On a political level, forces opposed to the Rouhani administration have criticized that the government would have needed the Majles approval prior to applying for the loan. However, the key criticism is that it would have been better to produce a more accurate financial assessment of the crisis before reaching out to the IMF. In any case, it is unlikely that this loan would be granted to Tehran, partly due to the IMF rules and partly due to Washington using its influence in the IMF to block the Iranian application.

Considering that the crisis has made new approaches possible, it should also be noted that new guidelines oblige the government to involve and empower civil society institutions to help in the process of poverty eradication.

The policies and decisions of the past few years had alienated the country’s civil society groups, which are now trying to overcome the distrust that clearly prevails between the state and civil society.

At the same time, the calamity is so enormous that new levels of solidarity can be recognized. For example, the so-called Nafas (Breath) Campaign — a coalition of nongovernmental organizations, businesses and chambers of commerce — has not only facilitated the production and importation of needed goods and services, but has also constructed a specialized clinic to treat patients. Furthermore, in an interesting move, the Farabourse, the smaller securities exchange in Tehran, introduced certificates for crowdfunding in order to mobilize resources to fight the coronavirus outbreak. The funds generated would be used to procure needed medical devices and products to support the efforts to contain the crisis.

The positive attitude of civil society is also complemented by some constructive views encouraging the business community. In fact, some business leaders have highlighted that the current circumstances are compelling the business community to take a leap toward digitalization. Though there are major cultural and infrastructure obstacles to achieve proper digitalization, some important steps are being made in the fields of e-government, e-learning and e-working.

All in all, the country’s economy will take a massive hit by the public health crisis, but Iran has shown an amazing resilience toward such crises. Indeed, one reason why the Iranian economy will be able to move out of this calamity more efficiently than other nations, is the fact that it is a crisis-ridden economy, i.e., people and businesses have the ability to adapt quickly and make the most out of critical situations. Many international leaders have compared the current conditions to a war situation and Iran is one of the few countries in the world that endured a devastating war in recent history and managed to reconstruct the country out of its own resources. Furthermore, the sense of solidarity among Iranians inside and outside the country is high — a phenomenon that will help repair the deep damage caused by this crisis.

Thus, if the state as a whole does not limit the space for civil society and professionals inside and outside the country, a new potential will emerge that will not only overcome the COVID-19 crisis but also generate new economic impetus.