The Rouhani administration's stimulus and economic reform plan to avoid stagflation, while a step in the right direction, needs improvement. 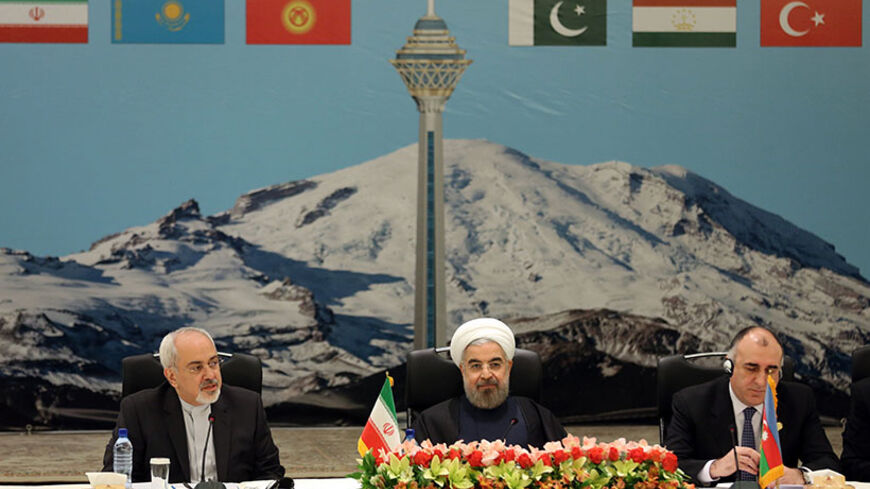 In mid-July, nearly a year after President Hassan Rouhani took office, his administration introduced a package of economic reforms with the objective of moving the economy out of stagflation. The so-called stimulus package has tried to address key challenges in the Iranian economy that, according to the chief economic adviser to the government, Massoud Nili, include a lack of financial resources, market imbalances and disconnects, macroeconomic factors as well as government intervention in the economy. Essentially, the package focuses on key factors that have contributed to and intensified the current recession, such as sanctions and the consequent decline in export revenues, subsidy reforms, the Mehr Housing Project and misplaced foreign exchange policies.

The government produced a supporting document to outline its thinking behind the policy package. The corresponding report offers comprehensive details about deficiencies such as an increase in bad debt, a lower capability and a lack of incentive for banks to extend loans and government interference in determining interest rates. It also points to the fact that the majority of Iranian banks increasingly act as holding companies instead of as financial institutions. This tendency is accompanied by the growth of nonlicensed financial institutions. With commercial banks unable to cover the financing needs of companies, the stock market also plays a marginal role in providing needed finances to Iranian businesses. Based on the mentioned report, the deficiencies that cause imbalances in the market include economic recession and the consequent decline in demand, bureaucratic red tape, a lack of hard currency funds for key transactions, lack of meaningful cooperation between key elements in the supply chain as well as a lack of efficient contacts between domestic and international businesses. With regard to macroeconomic trends, the report identifies as problematic the multi-tiered exchange rate system, high inflation, exchange rate fluctuations and an imbalanced and unpredictable government budget. Finally, the report points to the following phenomena as the deficiencies in government conduct: nonexistence of tax incentives for new investment and enhanced production, huge government debts to banks and subcontractors leading to cash flow problems in business units, lack of modern financial instruments for government financing, a lack of a transparent system to clear government debts as well as ongoing government interference in business matters.

Having identified key problems in the Iranian economy, the report recounts some of the economic achievements of the government since August 2013. These include temporary relief from external sanctions leading to consolidation of oil export revenue, curbing the liquidity volume and inflationary trends and improving the business climate.

In the final section of the report the government introduces a number of policies designed to address the above-mentioned deficiencies. In the financial sector, the policies include: empowering banks to extend more loans, prioritization of loans to small and medium-sized enterprises (SMEs), prioritization of providing working capital for businesses, facilitating the use of stock exchanges for mobilizing capital and amending tax laws to reward new investments by shareholders. To address the market deficiencies, the government will promote Iranian exports to diversify hard currency resources and promote joint ventures between Iranian and international companies.

The government also pledges to reduce its intervention in business matters and to streamline bureaucratic processes. The administration also commits to work on its financial discipline and money-supply management approaches and to contain government debt to banks and companies. There are also references to preventing exchange rate fluctuations and introducing new exchange rate services and loans, etc. Furthermore, the report outlines the government’s desire to draft balanced and transparent budgets, create a system to clear government debts to banks and industry, develop new mechanisms to finance government projects (such as bonds), promote more targeted infrastructure budgets and also compel banks to act and engage the industry as financial institutions.

Acknowledging that an economic stimulus would also require some key drivers, the government identifies increased energy efficiency, growth in energy production, rising housing demand and export-led growth through promotion of SMEs and promotion of tourism as the main phenomena helping the Iranian economy move out of its current stagflation.

Reacting to the government’s announcements, a number of stakeholders, especially representatives of the chambers of commerce, have criticized the announced policies. They argue that there is a lack of an economic doctrine in the new government. On the one hand, there is talk about economic liberalization and on the other hand, the government engages in activities such as “goods baskets” for the lower income classes. It should be noted that the government has sought and is continuing to seek expert advice on its policies to improve the package. Alireza Teyebnia, minister of finance and economic affairs, said in a speech on Aug. 17 that the government’s policies for the stimulus package were not limited to the announced ones and that other policies or corrections could be applied in the future. He also explained that the package should be seen as a series of short-term strategies to stimulate the economy.

As with many other strategic documents in Iran, the stimulus package identifies some core problems and offers remedies without addressing some of the inherent structural problems in the country’s economy. The author outlined the needed reforms in a previous Al-Monitor article; however, within the context of the stimulus package, it is important to point to the following deficiencies:

All in all, the government’s first draft of its stimulus package is acceptable, but it needs to be amended and improved, especially on the practical level.