The Iranian leadership will need to make significant political and economic reforms, some of them counterintuitive, to complement interest rate cuts and generate economic momentum. 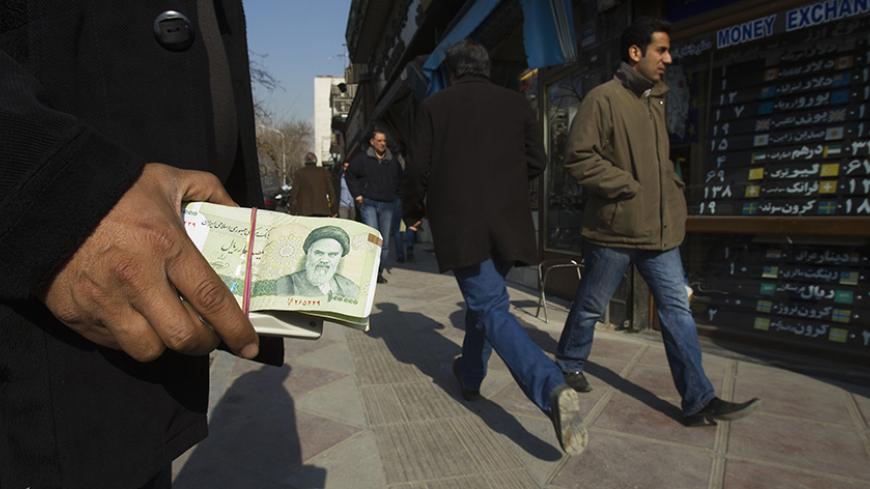 After months of deliberations, the Iranian Money and Credit Council lowered bank interest rates in early May.

According to the Central Bank of Iran (CBI), the maximum interest rate that banks can offer on one-year savings will be 20% as opposed to the previous 22%. CBI Gov. Valiollah Seif said the council aimed to create a scenario in which interest on savings would be higher than inflation, while loans would be less expensive for industry. In other words, there is a desire to make loans extended by banks and financial institutions more affordable, thereby helping the country’s industrial sector create more jobs and generate economic momentum.

The decision is also designed to ease the inflationary impact of bank interest on the economy. Having succeeded in reducing the inflation rate from a peak of 42% in mid-2013 to about 15% last month, and also having contained rapid liquidity growth in the market — the country’s money supply grew by about 29% in 2013, but only 15% in 2014 — the government and CBI have now seen fit to reduce interest rates. Nonetheless, Seif said the decision will be revisited every three months by the Money and Credit Council. Should inflation fall further, one can expect that interest rates to be lowered again to ease inflationary pressures.

While the decision seems rational given Iran’s current economic conditions, the real question is whether the gradual reduction in interest rates will benefit the economy. First and foremost, any intervention of this kind could potentially backfire in an economy with substantial structural deficiencies. The most recent such occurrence was in 2007, when President Mahmoud Ahmadinejad approved reducing interest rates to 12% (for state banks) and 13% (for private banks) from 20%. Consequently, law-abiding banks were weakened, non-licensed financial transactions grew, and banks were compelled to create a gray market in which loans were traded, leading to a situation where cheaper loans were only extended to networks of power that then used these facilities to engage in shady business activities. The original objectives of reducing the cost of capital and containing inflation were totally missed, resolution of the standoff between parliament and the government over readjusting interest rates was assigned to the Expediency Council, and in 2012 the government officially increased bank interest to 21%.

This and other experiences underline that the Iranian economy faces massive structural problems and that any remedies will have to include a comprehensive set of reforms, including political reforms, to complement economic adjustments. For example, officials have been complaining about several financial institutions that are operating without a license from the CBI. On several occasions, the CBI has announced that a number of banks as well as financial institutions lack official permits. Nonetheless, these entities continue to function, and they also offer interest rates much higher than licensed banks. They remain open because they rely on powerful business networks in the semi-state sector, which does not consider itself accountable to the government. By putting a cap on interest rates offered by accountable banks, the CBI will push some of the liquidity in the market toward these non-licensed entities, hence further strengthening them at a time when it needs to empower the genuine private sector for the sake of a more competitive business climate as well as job creation.

The other indication of significant structural issues is the large amount of bad debt in the banking sector. According to the State Audit Organization, overall bad debt in the banking system amounts to 1,000 trillion rials ($35 billion at the official exchange rate), or about 9% of the country’s nominal gross domestic product. Analysts have no doubt that the magnitude of this issue is partly related to the corrupt practices of the Ahmadinejad years, especially the tendency to force banks to pay out loans without a due collateral process.

Despite the existence of corruption in the sector, however, the CBI has not managed to cancel any of the critical banking licenses. Since the establishment of private banks in the early 2000s, only one banking license has been withdrawn, from Tat Bank, which stemmed from the corrupt practices of that particular entity. It is evident that the CBI is restricted in its ability to discipline and efficiently supervise the country’s financial institutions.

Even when moving behind political inefficiencies, structural bottlenecks can still be found. For example, the contracts that banks sign with their customers are based on Islamic banking. In other words, the owner of a savings account asks the bank to invest his or her money and then to share the profit. As such, the agreed interest rate is only an “assumed profit,” not the actual final interest. In most cases, banks just confirm the same rate at the end of a business cycle, but there have also been cases where banks have extended additional profits to savings account holders. The consequence is that banks tend to invest their capital in trading opportunities offering quick turnarounds and high profitability as opposed to medium-term industrial activities. Therefore, the original objective of increasing the space for loan facilities to industries would once again be missed, as the bulk of investments would target short-term trading projects.

The combination of the above challenges calls for the expansion of the powers of the CBI to regulate and supervise the banking sector. As long as the CBI remains a politically weak and dependent entity and as long as political realities continue to overshadow economic necessities, the Iranian economy will suffer. Allowing the CBI to become an independent and technocratic organization may be counterintuitive for the top leaders in the Islamic Republic, but it will be necessary for reforming the country’s economy.

But Iran will need reforms to provide greater transparency in the opaque networks of interest that dictate so many policy areas and resist rational reforms. Maybe the growing anti-corruption campaign will pave the way for some of these needed reforms.