The Central Bank of Iran’s failure to regulate a major segment of the financial sector is putting the country’s economic and social well-being at risk. 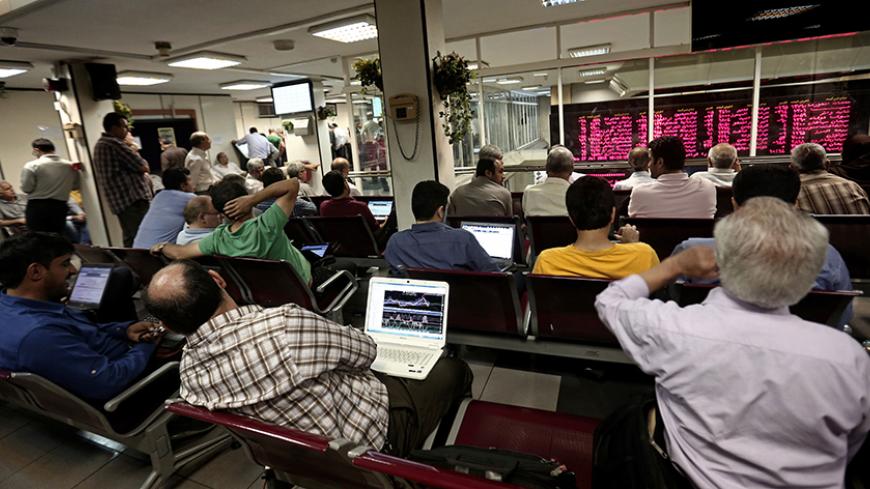 In the early 2000s, Iranian authorities revived the framework to provide a legal platform so applicants for private banking licenses could establish a financial entity before issuing an initial public offering of a newly founded private bank and securing the needed license. However, a sizable segment of the Iranian financial sector has become dominated by mostly unlicensed CFIs. These are usually affiliated with religious foundations, which claim the financial institutions are an extension of the religious responsibility of their umbrella organizations to extend interest-free loans to applicants. For a long time, the CBI was unable to challenge these entities as they claimed they were not engaging in mainstream banking and financial activities.

One interesting case study — the emergence and eventual bankruptcy of Mizan Credit and Financial Institute — sheds light on the framework of these entities. Mizan initially emerged as a cooperative fund, owned by the pensioners and employees of the judiciary branch in Razavi Khorasan province. In 2005, it received a conditional license to become a non-bank credit institution, and in 2010, when it met the financial preconditions, it received a permanent license from the Central Bank under the administration of then President Mahmoud Ahmadinejad. In 2013, after extending a 3.25 trillion rial ($100 million) loan to the Padideh Shandiz company, Mizan declared itself bankrupt. The announcement led to massive protests in Mashad and other cities in Razavi Khorasan province. After long deliberations, in May 2015, the government and the CBI agreed to dissolve Mizan and to transfer its remaining assets and liabilities to Bank Saderat. In the meantime, Padideh Shandiz also declared bankruptcy and has proven to be a massive embezzlement scheme involving 94 trillion rials ($2.9 billion). The corrupt economic elements within Mizan and other non-bank credit institutions leads one to believe that the individuals behind many such institutions are also involved in similar embezzlement schemes, which would explain why the organizations have mostly ended up with financial difficulties.

One apparent reason why there is a market for such institutions is that licensed public or private banks are not fully equipped to satisfy the demand for personal and business loans in the market, hence pushing many loan applicants to enter into a contract with CFIs. In other words, CFIs have filled a gap that has existed in the country’s money market in the absence of a more developed financial sector. At the same time, the mushrooming of unregulated CFIs and various cooperative funds across the country has led to unhealthy disruptions in the money market.

In an effort to manage this complex market structure, the CBI issued a statement in 2015 identifying the CFIs that were nonlicensed. Only three CFIs — Tose’e, Kosar and Asgarieh — were declared licensed entities, with the rest being nonlicensed and thus not recognized by the CBI. Leading CFIs at that time included major organizations such as Mol-Al-Movahedin, Samen-al-Hojaj and Samen-al-Aemmeh — all affiliated with major religious institutions, and thus enjoying strong political cover to withstand pressures from the authorities.

However, the previous cases of financial collapse, such as that of Mizan, followed by the recent collapse of a CFI called Caspian, have highlighted the economic as well as social risks affiliated with these entities. In fact, all of these bankruptcies have led to criticism of the CBI for not having managed to regulate the financial organizations and have caused major protests that have been unpleasant for the legitimacy of the Islamic Republic.

Currently, the list of licensed CFIs only includes five entities — Tose’e, Melal, Kosar Markazi, Caspian and Noor. The most recent case of one of these entities encountering liquidity problems is Caspian, which was created through a merger of two non-bank credit institutions.

Ahmad Hatami, a veteran banking expert in Iran, pointed to the problems involved in regulating CFIs. “Most of them are affiliated with power and wealth centers and have been established by semi-state institutions,” he said. He added that the majority of the directors of such entities are not bankers. The government and the CBI have not only failed in regulating non-bank credit institutions, but have also failed in creating awareness among the public that it should stop trusting unlicensed CFIs.

It wasn’t until 2016 that the CBI received all the needed approvals to amend the Monetary and Banking Act and become fully able to regulate and supervise CFIs. The CBI and the government’s efforts since then to reduce the risk of financial collapse in these entities have clearly not borne fruit. One important step by the CBI and the government was to place a ban on the creation of new CFIs in the 6th Development Plan, which sets the political and macroeconomic framework for the next five years. Consequently, the key challenge is to find a solution for the existing CFIs and regulate their activities. In this context, one solution may be to encourage the remaining CFIs to merge with existing banks. Generally, experts expect a process of mergers in the country’s banking sector to consolidate Iran’s commercial banks. Thus it remains to be seen whether the CBI will compel the CFIs to join the process and be included in the emerging mergers.

However, beyond the planned mergers and a potentially more stringent supervision by the CBI over CFIs and banks, the remaining core problem is a culture of corrupt dealings that needs to be addressed. In particular, entities closely affiliated with religious and political power centers have engaged in embezzlement schemes that have undermined the economic and social well-being of the country and further delegitimized the Islamic Republic as a political regime that can manage the complexities of a modern economy.