Swift government measures will not save jobs, businesses in Tunisia

The Tunisian government has announced a series of measures to ease the economic impact of the coronavirus outbreak, but some are not optimistic about the benefits for small businesses and the tourism sector. 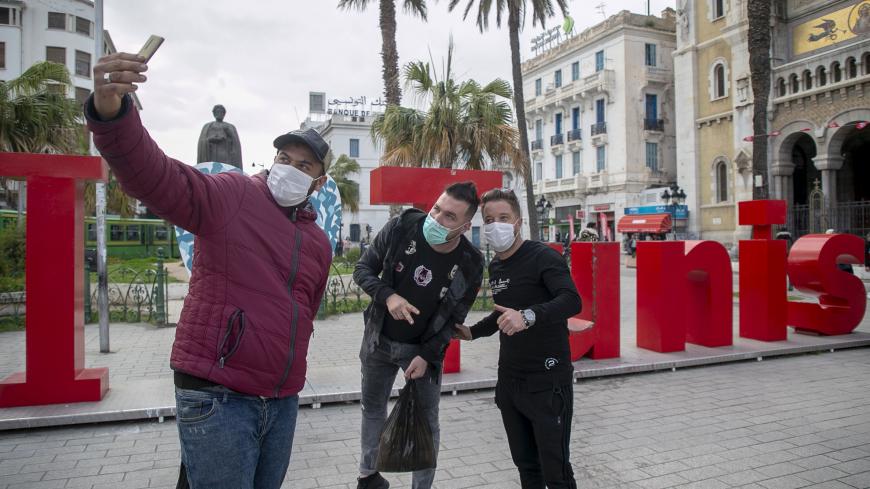 Tunisia’s business community has welcomed the government’s swift action to support businesses during the COVID-19 crisis, but it doubts that measures will go far enough to prevent massive job losses and business closures in the already stagnant Tunisian economy.

The Tunisian Union for Industry, Trade and Handicrafts (UTICA), which represents the private business sector in Tunisia, is in urgent talks with the minister of finance, Mohammed Nizar Yaiche. They are petitioning him to issue special provisions to safeguard businesses and jobs during the time of enforced confinement.

The response to the business community's demands came March 21, one day before Tunisia began its period of complete confinement to contain the spread of coronavirus.

Prime Minister Elyes Fakhfakh announced a set of financial measures to minimize the impact of COVID-19 on the economy, including the establishment of a fund of 2.5 billion Tunisian dinars ($860 million) to support businesses. The funds were raised through the redirection of funds from government projects already assigned under the 2019 national budget.

The Central Bank of Tunisia had already announced exceptional measures March 17, including a slight lowering of the interest rate to 6.75%, delaying the payment of installments on loans and dropping charges for cash withdrawals from ATMs. The central bank is currently considering cutting interest further. Meanwhile, Italy has pledged a line of credit to the Central Bank of Tunisia of 50 million euros ($55 million).

Before the government announced a lockdown, Tunisians had closed factories, offices, hotels and restaurants to stop the spread of coronavirus. Banks will remain open, but with limited working hours. Yet their offers of support to customers, like dropping withdrawal charges and offering e-banking subscriptions, seem like miserly gestures.

However, these measures will not help the small tradesmen and precarious workers who rely on cash and do not have bank accounts.

UTICA Vice President Hichem Elloumi told Al-Monitor that he considers many of the government proposals to be good, such as the delay in paying taxes, and he was pleased the government "put these measures in place very quickly."

However, he had serious concerns regarding the fates of smaller enterprises and the self-employed. “In times of crisis, there is a very real risk that these small businesses, artisans and skilled workers are going to disappear," he said, "so it is essential that the government put in place additional measures to safeguard the small businesses and self-employed."

Elloumi said that Tunisian business in general had already been suffering due to European manufacturing stoppages. “Our companies [are affected], as we are linked economically with Europe," he said. "The fall in activity is impacting industry sectors that are supplying the carmakers in Europe, as we know that 90% of carmakers in Europe have stopped [their activities].”

Elloumi said that the biggest issue for businesses at this time is cash flow. He is concerned that the measures taken by the government and the central bank, such as the cutting of interest rates, will not deliver immediate help. “In the short term, it will not give immediate results,” he said. He wants the government to help businesses gain access to short-term credit to support cash flow.

Tunisia's tourism sector was one of the first sectors to feel the impact of COVID-19. Hotels closed their doors in mid-March as foreign tourists evacuated the country. Tourism has always been a flagship industry and major employer for Tunisia. Ministry of Tourism spokesman Naoufel Sahli told Al-Monitor that the sector employs around 500,000 people directly and 1.5 million people indirectly, and that Tunisia has some 600 hotels.

The industry has weathered many crises since the revolution in 2011, such as the terrorist attacks at the Bardo National Museum and the beach shootings in Sousse in 2015. The year 2018 was one of recovery, but the pandemic follows the sudden collapse of UK tour operator Thomas Cook in September 2019. According to a Ministry of Tourism statement, the collapse of Thomas Cook left debts to Tunisian hotels of some 60 million Tunisian dinars.

However, the spokeswoman for the Tunisian Federation of Hoteliers, Mouna ben Halima, who also owns La Badira, a luxury hotel in the popular resort town of Hammamet on the Cap Bon coast, is not optimistic. “The economic and social impact will be very serious," she said. "We do not have unemployment benefits here as they do in Europe, so there’s no support for workers losing their jobs.”

Ben Halima added that the COVID-19 crisis arrived during the low season, when there is little income, so hotels are caught in a serious cash-flow crisis. “We have already paid salaries for March, but will not be able to pay our staff’s salaries for April, nor our contributions to the social security funds," she said. "The hotel will have to choose between paying taxes or paying their employees.”

Ben Halima said that hoteliers no longer have the cash-flow security that they had with Thomas Cook because “other operators, like Tui, refuse to pay ‘early booking fees.’” She said government efforts for the sector are not going to help. “They are only offering a delay for us to pay the National Social Security Fund contributions for the second trimester, and we have been asking for a delay for the first trimester,” she said.

Banking expert Ezzedine Saidane told Al-Monitor that the government is already showing “signs of being overwhelmed” by the economic crisis.

He said the Tunisian budget of 2.5 billion dinars is insufficient. He was also dismayed by the International Monetary Fund's (IMF) loan of $400 million to cope with the COVID-19 crisis, because the institution "has already refused to pay the further $1.2 billion that Tunisia asked for."

The IMF and Tunisia agreed to halt the sixth and final review of the loan program, and the Finance Ministry said they are currently in dialogue with the IMF regarding a new program.

Saidane continued, “I am not criticizing the measures as such, but the approach. In my opinion, in such a major crisis you have to be ahead of the crisis. If you do not take anticipative measures, the crisis will kill the economy.”

Saidane said that negative growth of -0.5% would be a realistic verging on optimistic outlook, given the dire circumstances, adding that bolder measures by both the government and the central bank were needed to prevent a total economic collapse.

“The central bank interest rate should be decreased to 3% or even 2.75%,” he suggested, adding that a more radical strategy is needed to get businesses through this dark chapter. “You need to delay payments in terms of loans, taxes and power bills, and you have to make sure that companies can get further loans to keep their business going. What is the use if, at the end of this crisis, we end up with 10% of our companies totally bankrupt?” 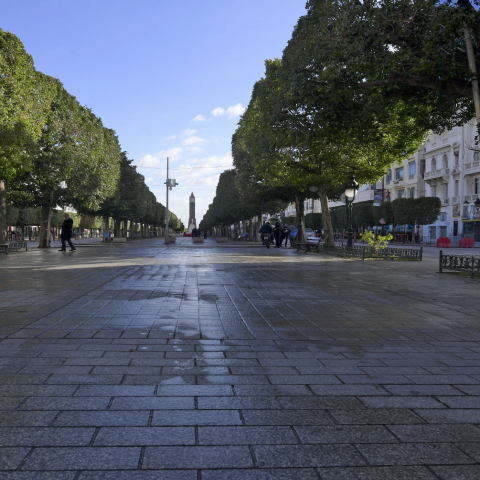 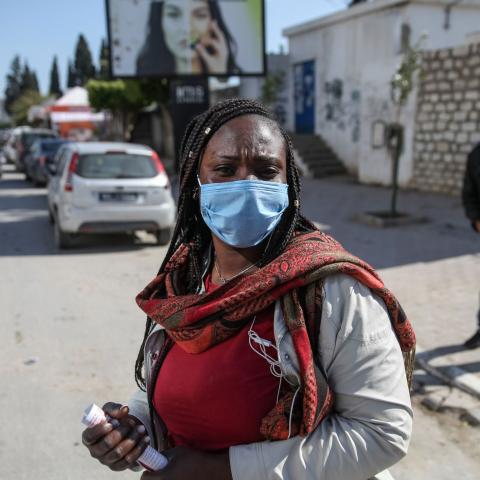 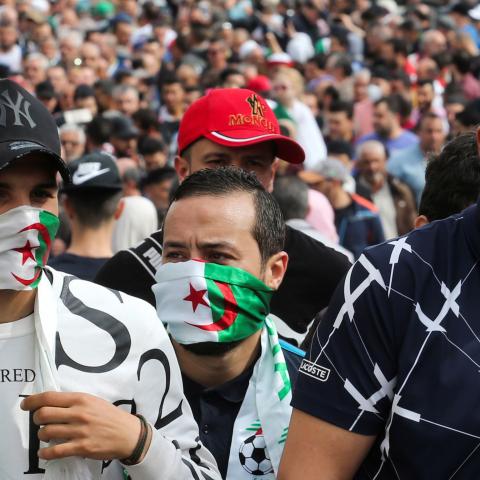