Economists are sounding the alarm about a possible economic collapse in Tunisia, urging for reforms to revive the economy that had been suffering since 2011 amid political instability. 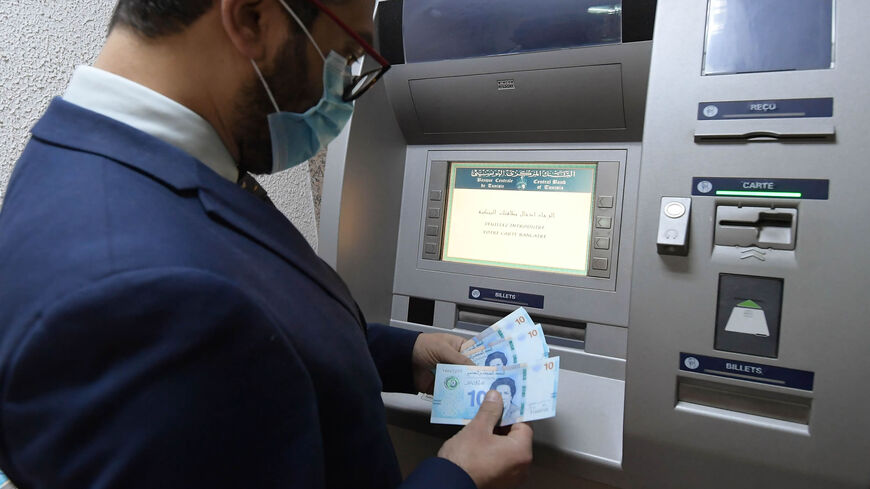 TUNIS, Tunisia — The rating agency Moody's has recently downgraded Tunisia's sovereign rating from B3 to Caa1, while maintaining the negative outlook.

In an Oct. 14 statement, Moody’s said the negative outlook “reflects the risks associated with possible delays in the implementation of reforms as well as the financing which depends on them, which would lead to the melting of foreign exchange reserves.”

It continued, “Reforms will be necessary to rebalance Tunisia’s public finances and ensure debt sustainability amid low growth forecasts."

The new rating comes days after the International Monetary Fund (IMF) issued its World Economic Outlook Oct. 12, where it expected the growth rate in Tunisia to reach 3% for the whole of 2021 and 3.3% in 2022.

According to the IMF report, the external debt of Tunisia in 2020 amounted to $48.038 billion, the equivalent of 135.947 billion Tunisian dinars.

On Oct. 10, the chair of the Tunisia-Africa Business Council, Anis Jaziri, said in a Facebook post that Moody’s will convene on Oct. 12-13 to consider Tunisia’s new rating. He said the Central Bank of Tunisia’s attempts to postpone the meeting until February 2022 have failed.

“The president’s disastrous statements about the international rating agencies and the negative messages he sent will be used by the agency in order to bring down Tunisia to the level of risk C,” Naziri said. “Many have no idea of the catastrophe that will befall Tunisia and the difficulties that our institutions and banks will face in getting loans and buying raw materials.”

During a meeting with Minister of Interior Redha Gharsalawi Oct. 9, Tunisian President Kais Saied called for international institutions to review the rating criteria of global sovereign credit rating agencies, asking these agencies to treat his country as a sovereign state.

Reda Shakandali, professor of economics at the University of Tunis El Manar, told Al-Monitor that the low ratings allocated by credit rating agencies give a negative reputation and image for international investors and donors in providing loans and international aid to Tunisia.

He called on the government of Najla Bouden to solve the country’s difficult economic situation.

Fitch Ratings had confirmed in an Oct. 7 report that the improvement in the profits of Tunisian banks in the first half of 2021 hides many imminent risks.

According to the report, the recovery of Tunisian banks may be affected by the fragile political situation in the country and the expiration of the debt relief measures that were taken to mitigate the repercussions of the coronavirus pandemic. It noted that Tunisian banks will soon move to the mandatory application of international accounting standards related to the valuation of assets, loans and financial tools.

On July 8, Fitch Ratings downgraded Tunisia's rating to B-, with a negative outlook in light of high liquidity risks. For its part, Moody's announced in February that it had reduced Tunisia's credit rating from B2 to B3, with negative prospects as well, in light of the economic crisis in the country.

The Central Bank of Tunisia announced in a statement Oct. 6 a severe shortage of external financial resources and a deficit in financing the current year’s budget, noting that this reality “reflects the fear of international lenders in light of the deterioration of the country’s sovereign ratings and the absence of a new program with the IMF.”

In the same statement, the central bank called for “activating bilateral financial cooperation during the remainder of the year to mobilize as many external resources as possible,” in reference to obtaining loans from allied countries.

Such a move, the statement added, aims to avoid the central bank’s intervention with monetary financing to bridge the deficit in order to “avoid repercussions not only in terms of inflation but also on the foreign currency reserves and the management of the dinar exchange rate, in addition to its negative impact on Tunisia’s relationship with donor financial institutions and sovereign rating agencies.”

Economist Mohsen Hassan told the local Mosaic Radio Oct. 7 that the central bank’s statement “is a clear message to all parties and to President Saied that the state is risking bankruptcy in light of the high funding needs, deficit and the difficulty of resorting to the IMF and the global financial market at this time.”

The IMF calls for reducing public sector wages, but such a measure risks angering Tunisians, especially if it happens after lifting subsidies on food, energy and some other social services, which are among the conditions mentioned in the government's plan submitted to the IMF to obtain a loan.

Aram Belhadj, professor at the University of Tunis El Manar and researcher in economics, told Al-Monitor that the worsening economic crisis is related to the political situation in the country, explaining that since Saied took over the executive power July 25, negotiations with the IMF stopped, amid calls for resumption.

He noted that the former government of Hichem Mechichi had begun negotiations with the IMF in April to obtain a loan of $4 billion, which is 10% of the gross domestic product (GDP), and was offered a fund to reduce public wages and phase out food and fuel subsidies.

Belhadj said, “Fears of economic and social collapse are legitimate, given the multidimensional crisis in the country. In light of this, Bouden’s government seems to have a great responsibility to address the deteriorating economic and financial situation.”

He added, “On the one hand, dialogue with the social partners [such as the Tunisian General Labor Union and the Tunisian Confederation of Industry, Trade and Handicrafts] seems necessary, not to mention that the IMF previously required such dialogue. On the other hand, the support of brotherly and friendly countries seems important and necessary at this stage, especially since the financial resources of the state are scarce.”

Political analyst Mohammed Dhouib told Al-Monitor that the success of the new government in overcoming the stifling economic crisis depends on the seriousness of its decisions, especially fighting corruption, imposing good governance and implementing harsh reforms, in particular those related to the tax system, as well as the proper disposal of existing financial resources, not to mention combating smuggling and tax evasion.

The country’s economic growth rate reached about 0.6% annually between 2010 and 2020, but the repercussions of the coronavirus pandemic pushed the economy to contract by 8.8% during 2020, while tourism, which represented 14% of Tunisia's GDP, suffered a hard blow.