The assessment from the leading credit agency is based on the Tunisian government’s high deficit and the political instability brought on by the president power grab last year, among other things. 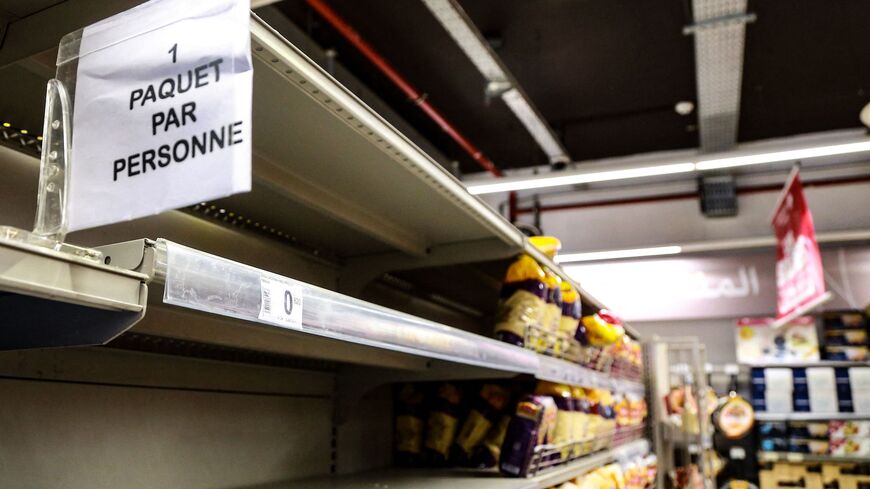 A sign is placed on almost empty shelves of bread and other wheat-based food products that reads in French "one bag per person" at a supermarket in the Tunisian capital Tunis, on March 13, 2022. - ANIS MILI/AFP via Getty Images

The New York-based credit agency said in a press release that the rating reflects “heightened fiscal and external liquidity risks” in the North African country. Fitch’s ratings reflect the ability of an entity to meet its financial commitments, which includes the repayment of debt.

Why it matters:  Fitch gave several reasons for its bearish outlook on Tunisia. One is that the Tunisian government has so far failed to agree on a new loan program with the International Monetary Fund. The rating agency said a new program is “necessary for access to most official creditors' budget support” following the “political changes of July 2021,” in a reference to President Kais Saied’s power moves last year. In July, Saied sacked the country’s prime minister and suspended parliament following protests against the government, which was led by the Islamist Ennahda party. Ennahda was the largest party in parliament and held the Prime Ministry before the move. Saied’s actions have been widely described as a “coup.”

Saied subsequently continued to consolidate his power. In September, he signed a presidential decree giving himself sweeping executive and legislative powers, which added to the coup fears, Stephen Quillen reported for Al-Monitor that month. The suspension of the parliament remains in effect.

The International Monetary Fund sent a delegation to Tunisia in February to discuss a new funding program. Discussions are ongoing, an IMF official said last month. The previous IMF program ended in 2020. Many financial supporters of Tunisia are tied to IMF agreements, according to Fitch.

Fitch further projects that Tunisia’s central government deficit will reach 8.5% in 2022, up from 7.8% in 2021. The figure is well above Fitch’s 4.6% median for countries with a B credit rating.

“We project revenues will recover in 2022 as the economy expands and tax forbearance measures lapse, but this will be largely offset by rising fuel, cooking gas and cereal price subsidies and a growing interest burden,” the release read.

Fitch is not the first credit agency to downgrade Tunisia. Moody’s downgraded Tunisia in October, leading to fears of economic collapse in the country, Mohamed Ali Ltifi wrote for Al-Monitor at the time.

What’s next:  Fitch “assumes” Tunisia will reach a new agreement with the IMF by mid 2022. Still, it predicts debt to continue to increase through 2023 and expects delays in payment to creditors.