Donald Trump tapped Secretary of State Mike Pompeo to determine whether to lift the decades-old US arms embargo on the disputed island of Cyprus, something Turkey has sought to forestall. 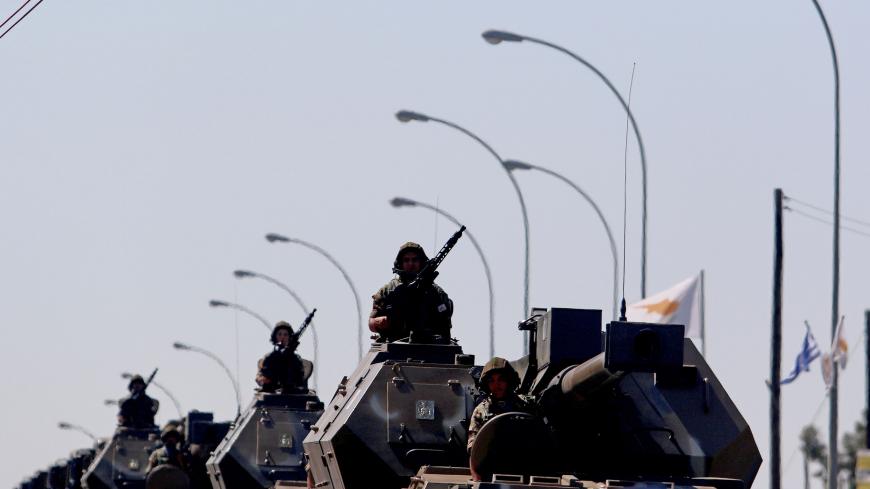 Donald Trump tapped Secretary of State Mike Pompeo to determine whether to lift the decades-old US arms embargo on the disputed island of Cyprus. Trump tasked Pompeo with the decision today via a presidential memorandum after signing two separate bills to lift the embargo in December — legislation that Turkey had unsuccessfully sought to forestall.

Why it matters: Turkey’s attack on Kurdish forces in northeast Syria last year unleashed a flurry of punitive legislation on Capitol Hill, including the two identical provisions to lift the Cyprus arms embargo in a defense authorization and spending bill. The United States has maintained an arms embargo on the disputed island since 1987.

Turkey relies on its occupation of Northern Cyprus to bolster its claims to offshore oil and gas reserves in the eastern Mediterranean. Ankara has become increasingly aggressive in blocking Cypriot ships from drilling in recent years. Cyprus has signed contracts with several foreign companies to explore for oil in the disputed waters, including the US-based Exxon Mobil, Israel’s Delek, Qatar Petroleum, Italy’s ENI and France’s Total.

What’s next: Congress laid out specific criteria that Cyprus needs to fulfill before it is allowed to procure arms from the United States. Specifically, the law requires Cyprus to deny Russian military vessels to its ports despite a 2015 agreement with Moscow to do so. It also requires Cyprus — a financial haven for wealthy Russians to evade US sanctions — to comply with anti-money laundering regulations. But even if Cyprus fails to comply with these conditions, the law gives Pompeo the freedom to lift the embargo anyway via a national security waiver.

Know more: Joshua Krasna examines the US-backed nexus that Cyprus has formed with Israel and Greece to take on Turkey in the Mediterranean. And Congressional Correspondent Bryant Harris took a look at some of the pro-Israel groups that lobbied to lift the arms embargo last year, securing a significant victory against Turkey.