Ankara is scrambling to keep Congress from lifting a three-decade arms embargo on Cyprus as US-Turkey tensions mount. 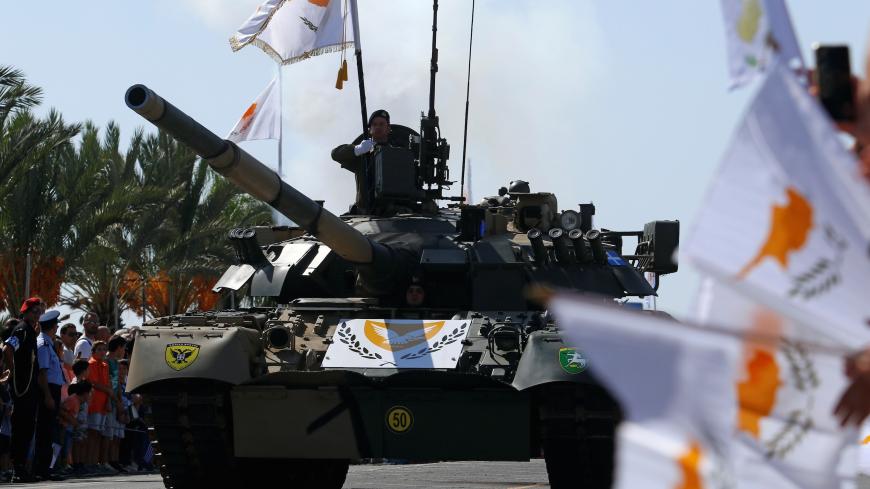 It remains unclear whether lawmakers will move forward with any of the four Turkey sanctions bills introduced over the last week, but Congress is much closer to passing another irritant between the troubled NATO allies into law.

Turkey, which occupies Northern Cyprus, has launched a last-ditch attempt to convince lawmakers to drop a provision in the annual defense authorization bill that would lift the United States’ three-decade arms embargo on Cyprus.

“The longstanding US policy has purposefully not taken sides among peoples of the island or guarantor states to avoid promoting an arms race that might lead to an undesired or unintended consequences,” Turkish Ambassador Serdar Kilic wrote in a pair of identical letters to the chairman and top Republican on the House Armed Services Committee: Reps. Adam Smith, D-Wash., and Mac Thornberry, R-Texas.

Kilic’s September letters urge Smith and Thornberry to drop the Cyprus language from the defense bill. The letters were distributed by Turkish lobbying firms Venable and Capitol Counsel.

The Senate version of the bill, which passed 86-8 in June, originally contained the provision. The language became part of the House defense bill after an amendment introduced by Reps. David Cicilline, D-R.I., and Gus Bilirakis, R-Fla., passed 252-173 in July.

“The Republic of Cyprus has long been a key ally in the fight against terrorism and emerging threats in Europe, but for more than 25 years, this embargo has not reflected the strength and importance of that relationship,” Cicilline said after the House adapted his amendment.

Including the Cyprus provision in both bills significantly increases the likelihood that the United States will soon lift the 32-year-old arms embargo.

The committee advanced the bill in June as an effort to deepen energy cooperation with Cyprus, Greece and Israel while rebuking Turkey for its natural gas drilling activity off the Cypriot coast.

Turkey recently expanded its drilling activities to areas where Cyprus has already awarded licenses for European companies to drill earlier this month, prompting the European Union to draw up sanctions earlier this week. Cyprus has also dispatched drones to surveil the Turkish drill ships.

And while Venable and Capitol Counsel have assisted Turkey in fighting the bills, Cyprus and Greece have lobbied several key lawmakers and staffers involved in creating the legislation.

Lobbying disclosure firms reviewed by Al-Monitor reveal that the law firm DLA Piper met with Thornberry and Bilirakis on behalf of Greece in late 2018. The firm also met with staffers for Cicilline and the Senate Foreign Relations Committee earlier this year.