Congress sides with Cyprus against Turkey as eastern Mediterranean heats up 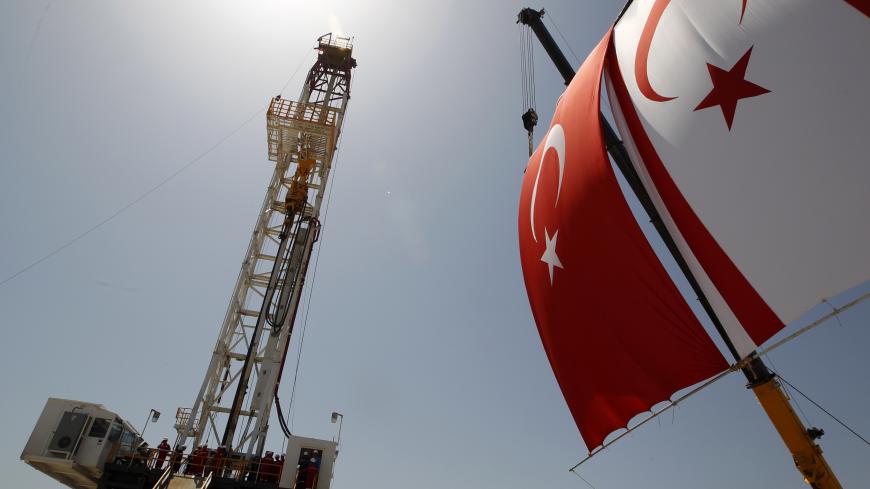 Congress passed two bills Tuesday that will lend significant US support to Cyprus in its territorial and energy disputes with Turkey in the eastern Mediterranean.

The Senate voted 86-8 Tuesday for a conditional lift on the US arms embargo for Cyprus as part of the annual defense authorization bill, which passed the House 377-48 last week. Hours later, the House passed a compromise foreign aid spending bill 297-120 that bolsters security aid for Cyprus while rebuking Turkey for its oil exploration activities off the Cypriot coast.

President Donald Trump supports both bills, which are likely to become law within the coming days.

“By including this legislation in the government funding package, the United States Congress is recognizing our significant national security interests in the eastern Mediterranean,” said Sen. Bob Menendez, D-N.J., who introduced the original bill in the Senate. “Bolstered by strong and expanding relationships with Greece, Israel and Cyprus, this commonsense legislation will drastically strengthen our bonds of friendship through joint efforts to promote peace, prosperity and security for our nations.”

The latest push against Turkey comes after it dispatched a drone to Northern Cyprus to accompany its drill ships exploring for hydrocarbons off the island’s disputed coastal waters. Turkey relies on its occupation of Northern Cyprus to assert drilling rights in the eastern Mediterranean.

Both the defense authorization bill and foreign aid legislation would lift the decades-long arms embargo on Cyprus. Turkey staunchly opposes ending the embargo and its Washington envoy, Ambassador Serdar Kilic, unsuccessfully lobbied Congress to drop the provision from the final defense bill.

Although Washington has maintained an arms embargo on Cyprus since 1987, the foreign aid spending bill notes that the roughly 40,000 Turkish troops occupying the northern part of the island use “some weapons procured from the United States through mainland Turkey.”

The foreign aid bill also pushes back against Turkish efforts to drill off the disputed island by requiring the Trump administration to report on interference against Cypriot efforts “to explore and exploit natural resources in its Exclusive Economic Zone.”

Notably, the advocacy group Christians United for Israel has jumped on board the pro-Cyprus push, spending $60,000 this year lobbying Congress to lift the arms embargo alongside other legislative priorities.

“Congress has once again shown that support for the US-Israel relationship and opposition to regional adversaries like Turkey enjoys widespread bipartisan support,” Christians United for Israel Action Fund chairwoman Sandra Parker said in a statement.

ExxonMobil and Qatar Petroleum also started offshore drilling on behalf of Cyprus last year after Nicosia struck an agreement to build a natural gas pipeline with Egypt, which discovered a large natural gas field in its waters earlier this year.

Menendez’s original bill would have unconditionally lifted the embargo, but his final language will only allow Nicosia to receive US arms if it cracks down on another supporter: Russia.

Both bills require Cyprus to deny Russian military vessels access to its ports and comply with anti-money laundering regulations before receiving US arms. Nicosia and Moscow signed an agreement in 2015 to give Russian ships access to Cypriot ports. And wealthy Russians have historically used Cypriot banks to launder money and evade US sanctions.

Seeking to further lure Cyprus out of Russia’s orbit, the foreign aid bill allocates nearly $1.5 million in international military education and training assistance for Cyprus between 2020 and 2022.